In the early 1900s as westward expansion of human populations continued to grow, wildlife populations plummeted due to the stress caused on their herds by the overwhelming need for human sustenance. It was feared that the extinction of many big game species was inevitable.

This occurrence was recognized (and ultimately reversed with great success) by leading forward-thinking conservationists, including President Theodore Roosevelt. Meanwhile, a push to establish a collection of the greatest taxidermy specimens from across the country was underway.

Fearing that the most awe-inspiring examples of animals that once populated the landscape would be lost to future generations forever, a man by the name of William T. Hornaday and other members of the Boone and Crockett Club established the National Collection of Heads and Horns at the Bronx Zoo.

This assembly spurred the interest in somehow quantifying the size of these individuals. While organizations such as the Boone and Crockett club utilize these measurements to rank animals today, most sportsmen and women generally use them as a method to easily convey the size of an animal in a universally understood unit of reference within the conversation.

While the exact measurements were taken for each animal initially went through a few revisions, fundamentally they were recorded by the same method: Use a tape ruler to measure permanent features (such as skull and antler dimensions) that could be verifiable at later dates.

While the traditional method works great, the recorded measurements are still subject to human error, and the only way to verify them with a second source is to have the specimen present. Additionally, if others would like to see the animal, and they lack access to the real specimen or reproduction, the only way they can view is through a static picture. 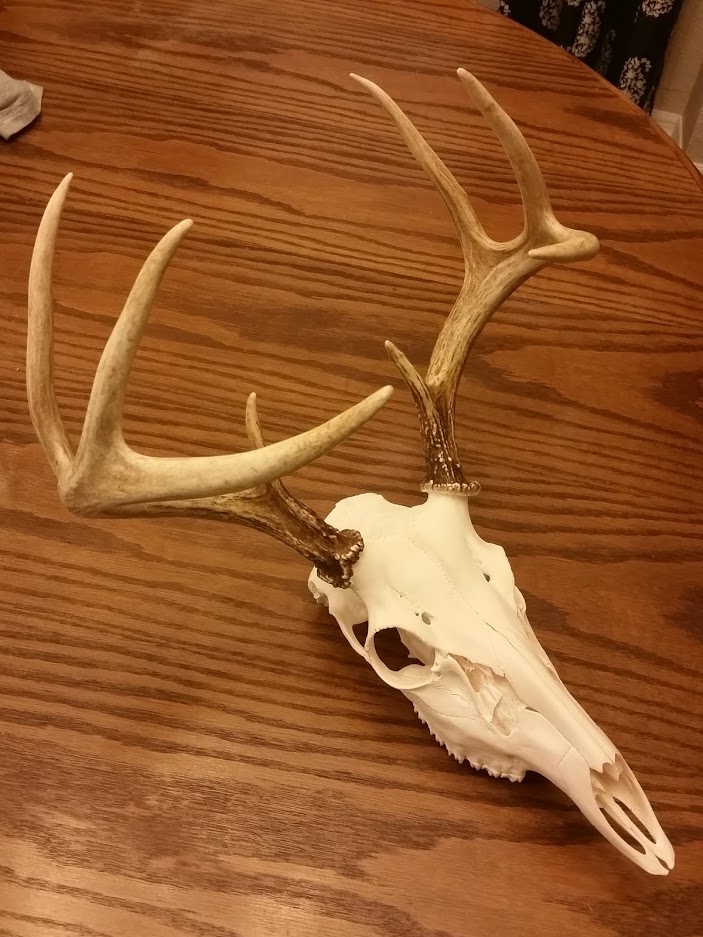 A skull or antler set is scanned with Creaform’s Go!SCAN 3D. The Go!SCAN captures data in real-time, and utilized the geometry of the part to build an extremely accurate 3D mesh, minimizing ridged setup and target application requirements.
Once done, the completed scan is then brought into Geomagic Design X, where measurement curves can be laid directly on the mesh. Each of these curves has a length that can be viewed in the Properties tab, then transferred to a measurement spreadsheet. 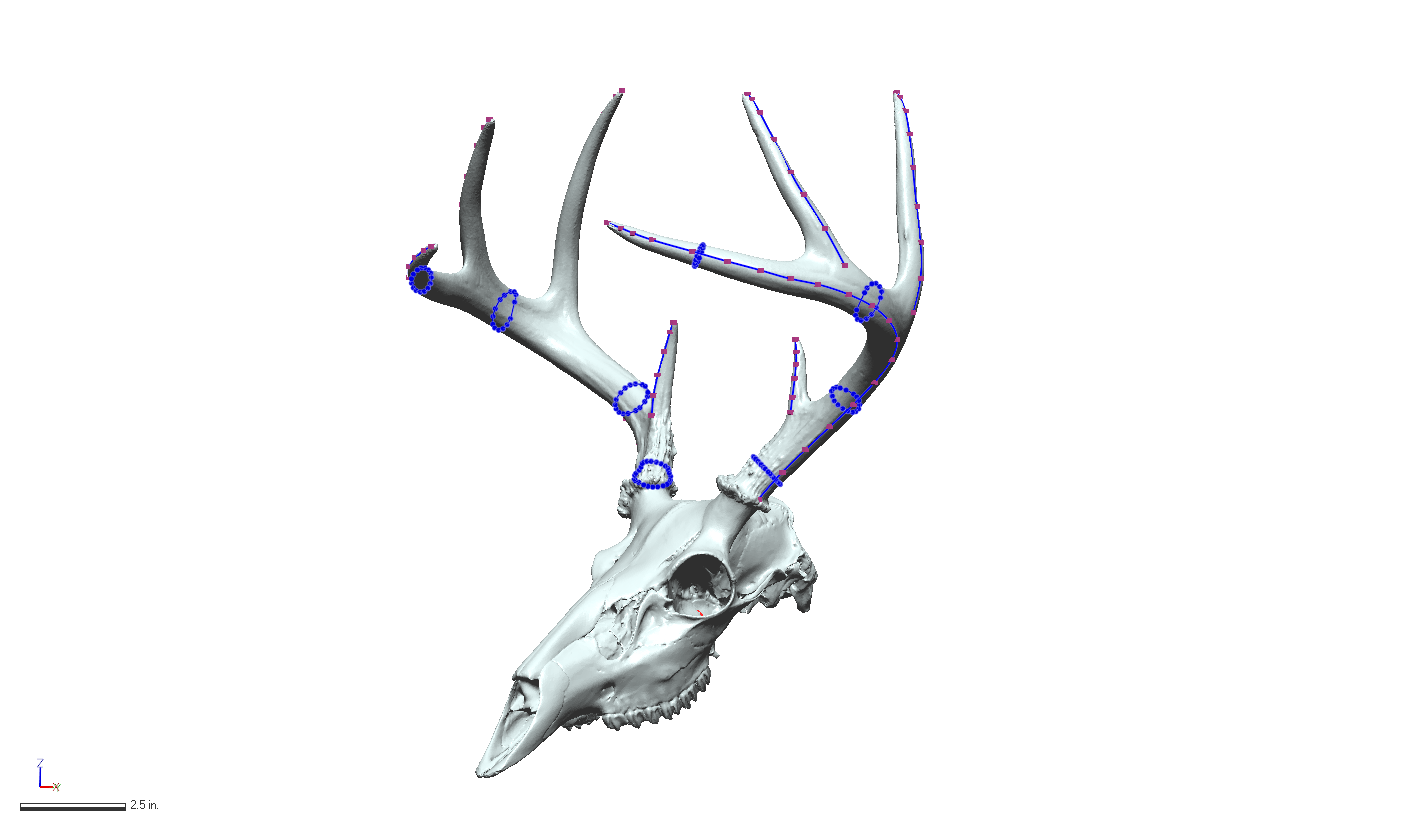 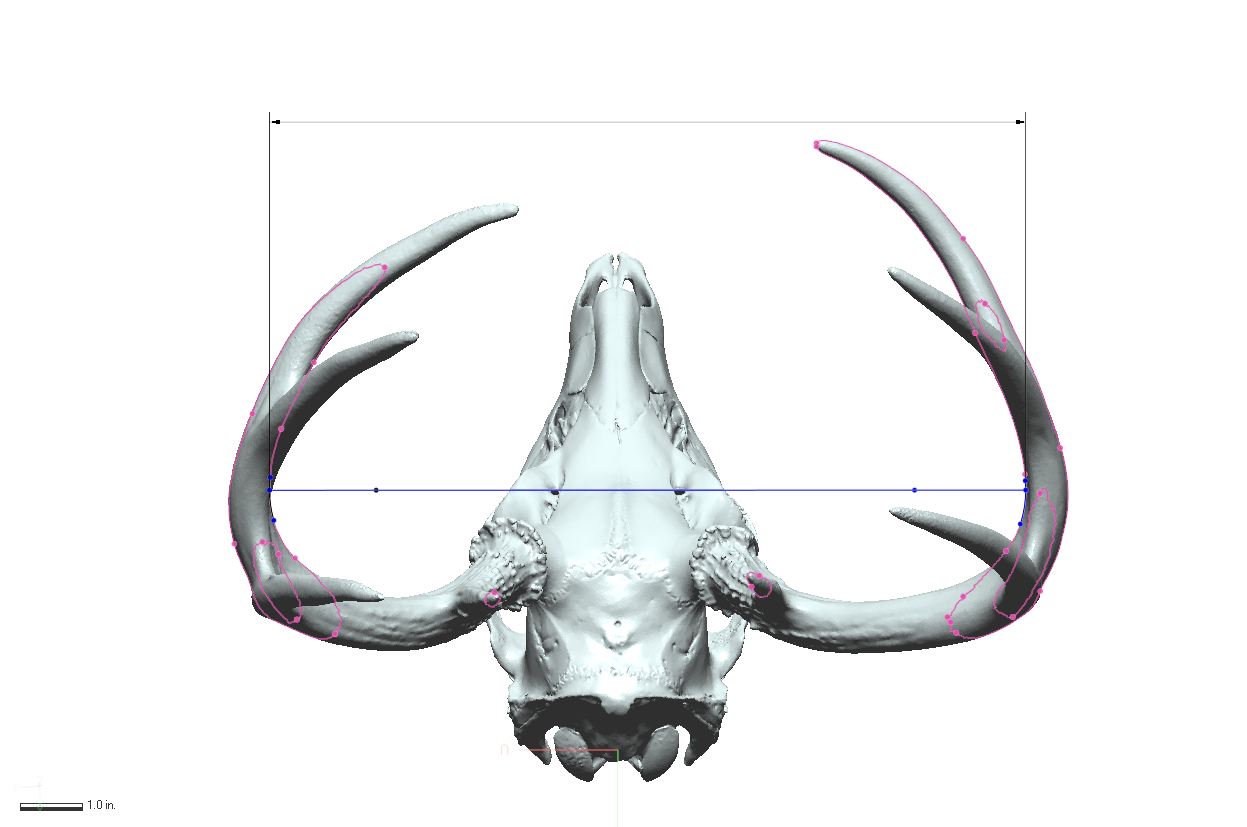 From the data table, we can quickly see the final measurement of the antlers add up to 85”. These values come straight from the actual geometry of the bone, not simply a human reading a tape measure and record the data. This ensures the data is 100% repeatable for anyone, anywhere in the world.

As a bonus, if a reproduction of an antler set is desired, it is not necessary to subject the genuine specimen to a complicated casting process. The 3D scan data can be sent to a 3D printer to build and share with the world.

View or download the whole scan for your use below. 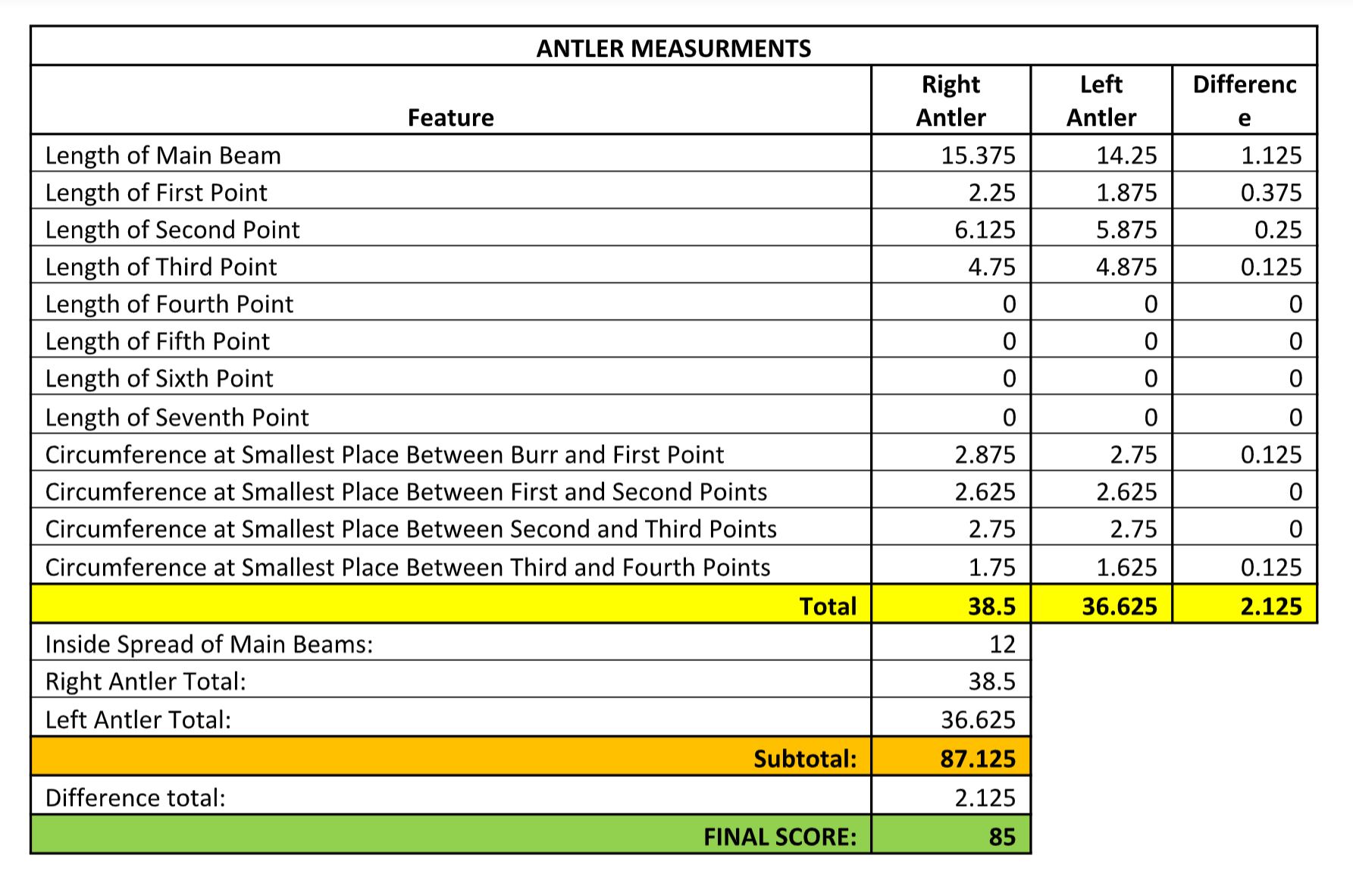 Start Your Project with Us