Silverhook Powerboats is aiming to break the world record for top speed over water. When a boat is moving that quickly, any small deviation or deformation on the boat can affect the performance greatly. The rudder on the boat has been modified and used heavily over the past few years, and Silverhook wanted to determine how straight and symmetric it still is.

With something like a racing boat, there is almost no stock or off-the-shelf components. Everything is custom made – by hand or machine. Traditionally, in order to verify that the rudder is the correct shape, many hand measurements would need to be taken. However, measuring by hand will not reveal all issues. Not only are hand measurements are tedious, but they are limited to both the skill of the operator and the accuracy of the measuring tools. Therefore the boat would need to be tested in the water at high speeds in order detect any adverse effects. However, running the boat is very expensive due to inputs such as fuel, travel, and paying the staff.

Using cutting-edge 3D scanning and inspection, the boat rudder can easily be checked for inconsistencies and other issues. The Creaform MetraSCAN was chosen to scan the rudder due to its very high volumetric and dimensional accuracy,  as well as its ability to capture most types of surfaces with ease. The MetraSCAN uses a sensor, called the C-track, to track the location of a handheld scanner. This allows for large areas to be scanned without the need to cover the object in reference targets. This not only saves time, but it helps maintain volumetric accuracy over larger distances. The 3D data is directly captured as a mesh in the scanning software, VX Elements, which is then easily exported as an STL file. After all the data is collected, it is imported into inspection software called Geomagic Control X. Control X has a large suite of features for comparing scan data to other meshes or CAD files. Since Silverhook does not have any original CAD data with which to compare the rudder, the left half of the rudder was compared to the right half to show any inconsistencies. In addition to this, cross-sections were taken in multiple locations along the rudder to show the straightness of the rudder blade. Once all of the desired areas were inspected, a full PDF report was generated, with comparative images and numerical data. This report was then delivered to SIlverhook, along with the scan mesh.

With the accuracy and efficiency of 3D scanning, inspection of the quality of parts, from both custom and production, becomes extremely easy. There is no more need for using straightedges and string to verify the smoothness of a surface, or using rulers to verify dimensions. From this report, Silverhook was able to see the areas of the rudder that need to be repaired or modified. Having this vital information will help them achieve their goal of breaking the world record. 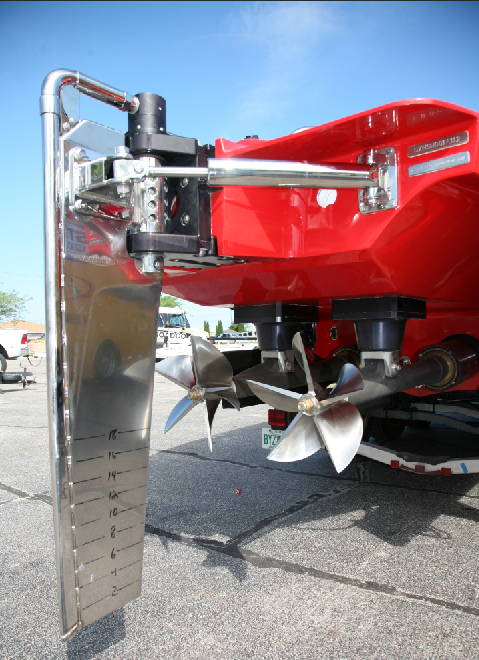 Racing boat rudder to be scanned 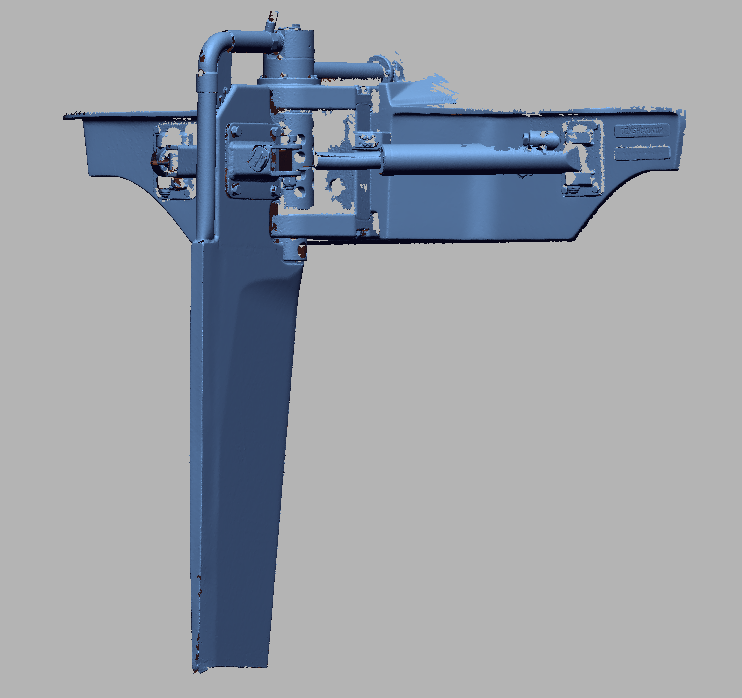 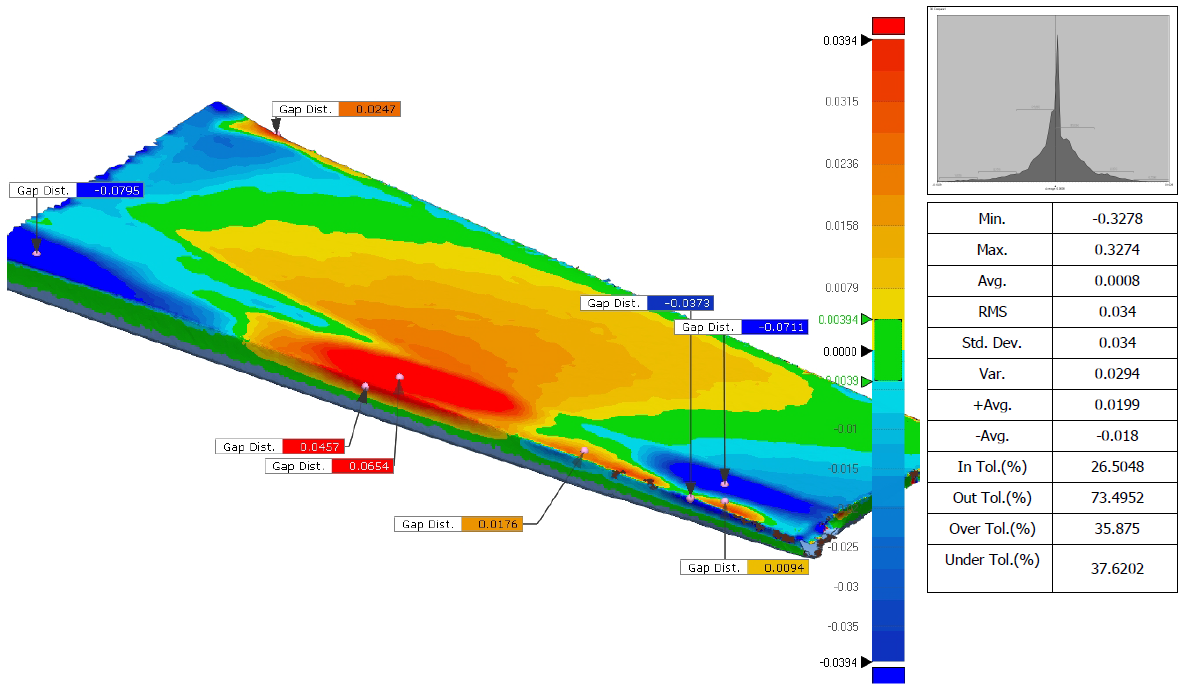 Colormap produced from inspection of the rudder shows the deviations