Space students from ages 1 to 101 will be able to get close enough to see rivets on spacecrafts, all from their computers at home, thanks to a new 3D imaging project at the Cosmosphere.

Last week, the Cosmosphere began creating high-resolution, full-color, digitally interactive 3D models of the space museum’s collection starting with one of its most iconic crafts — the Mercury spacecraft Liberty Bell 7.

“It’s the next best thing to being here,” said Carla Stanfield, the Cosmosphere’s public relations coordinator, about the 3D models.

The craft will be uncased by museum staff and then 3D laser-scanned by a company from Florida called Creaform. Creaform is donating these services to the nonprofit museum for this project.

On Tuesday, Creaform employees began to create a digital mesh using the MetraSCAN Black Elite. Then, the Cosmosphere can overlay thousands of photos from multiple angles on top of that, which allows viewers an up-close look at the craft.

“Our goal is to create a digital library of artifacts in our collection,” said Nathan Meyer, the Cosmosphere’s vice president of education and strategy. “The pandemic really amplified the need for accessible, quality educational resources and we want to help provide those to the public at large.”

Liberty Bell 7 was the spacecraft that took the second U.S. astronaut, Gus Grissom, into space before sinking in the Atlantic Ocean, where it stayed for nearly 40 years. The craft was recovered from the ocean floor in 1999 from a depth of more than 15,000 feet — deeper than the Titanic.

SpaceWorks, a division of the Cosmosphere, helped to retrieve and conserve the craft to the state in which it appears today. Liberty Bell 7 is owned by the Cosmosphere, making it the only privately owned American spacecraft.

Cosmosphere staff will take full-color, high-resolution photos of the craft once the case has been removed. By layering those photos with the detailed 3D laser-scan of the spacecraft, a fully digital and interactive 3D model will be created. That digital model can then be used for 3D printing, in virtual reality software and placed alongside corresponding educational resources online. 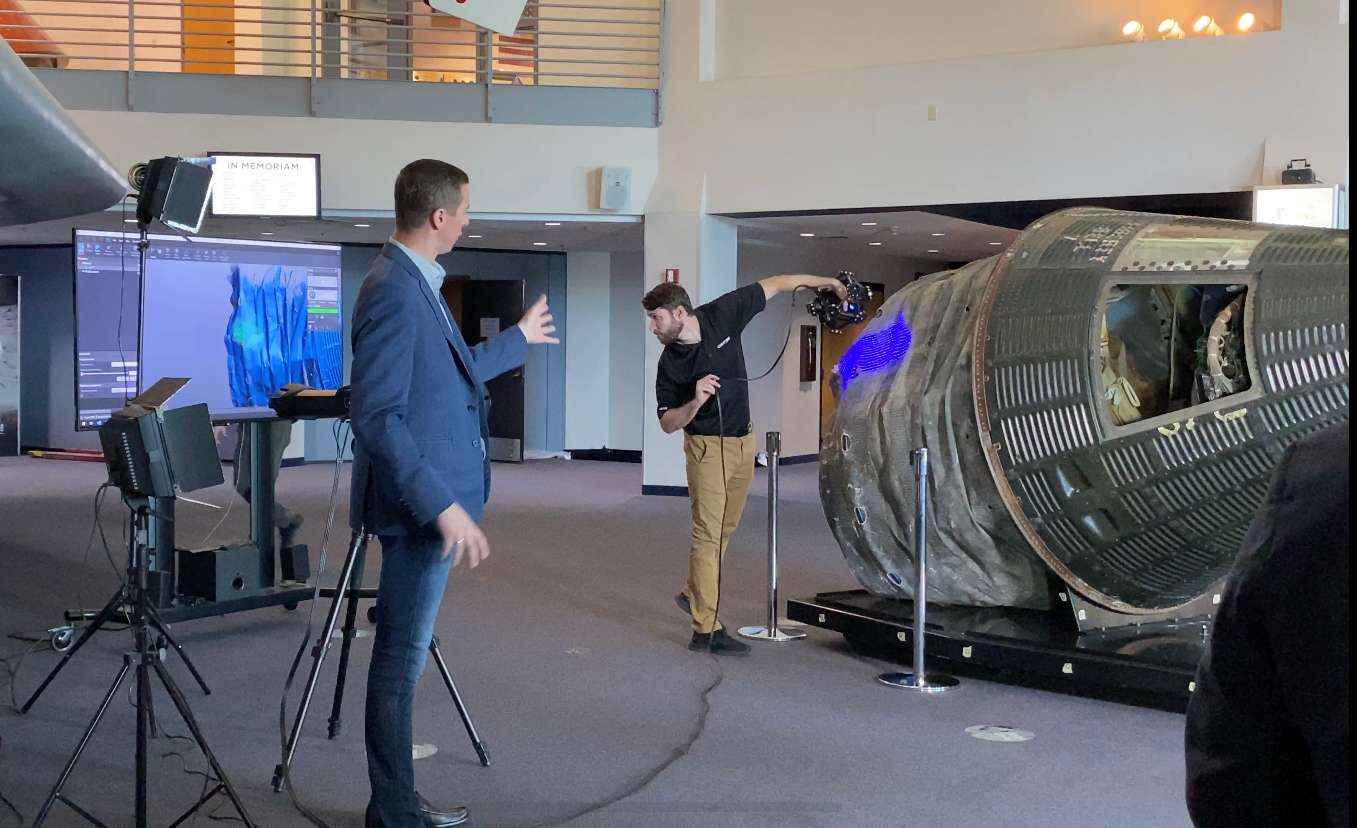 Scanning the Liberty Bell 7 using the Creaform MetraSCAN Black Elite at the Cosmosphere. When the scans and photos are layered together,

they will have a fully digital and interactive model of the capsule.

“With over 10,000 pieces in our collection, this isn’t going to be an overnight project,” Meyer said. “But we wanted to start with a major piece of space history and the Liberty Bell 7 gets a lot of attention, both locally and internationally, as it spent the previous six years on a world tour, so we thought it was the perfect piece to start with.”

The project was in the works for some time, but the pandemic accelerated the 3D development, Meyer said.

Cosmosphere staff missed seeing the groups of schoolchildren amid the pandemic, so staff moved ahead on new, virtual avenues.

“Our whole goal is to create a virtual museum, not only the artifacts themselves but include education content as well,” Meyer said.

The hope is that the education content prepared alongside a virtual museum could better equip teachers in presenting space in the classroom.

While similar work has already begun on smaller artifacts housed in the museum’s collection, the Liberty Bell 7 3D model will be the premier example of the new digital offerings available via a virtual museum platform, which the Cosmosphere team plans to launch in 2021.

A sneak peek of the Liberty Bell 7 project, including a time-lapse video of the 3D scanning, will be available to view on the Cosmosphere’s social media sites next week. 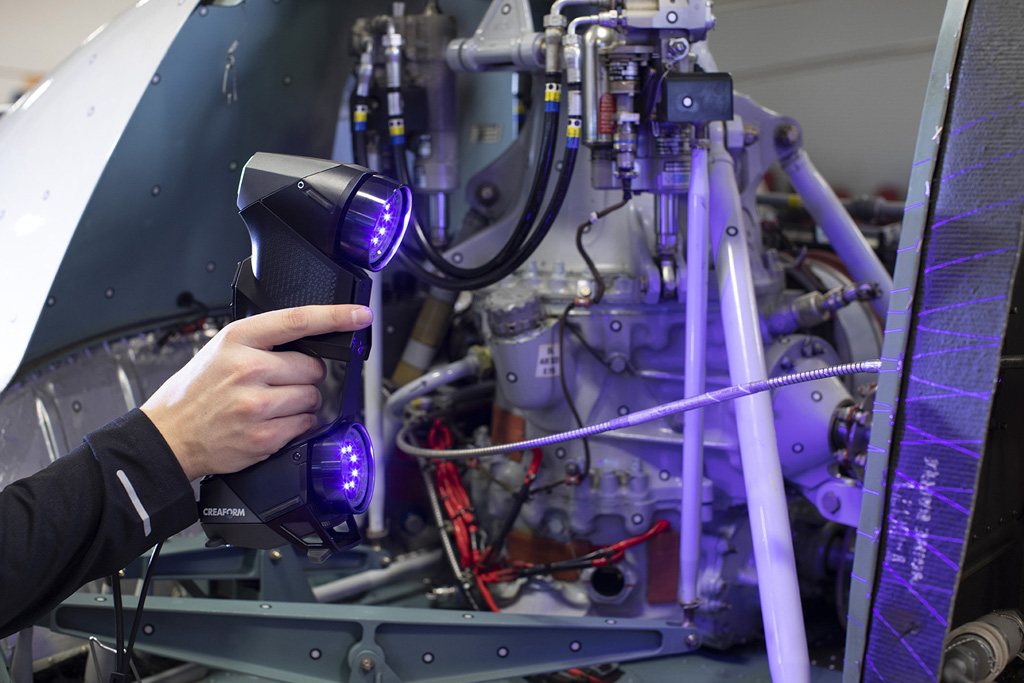 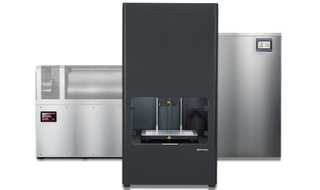 For more information about the 3D solutions offered by NeoMetrix: