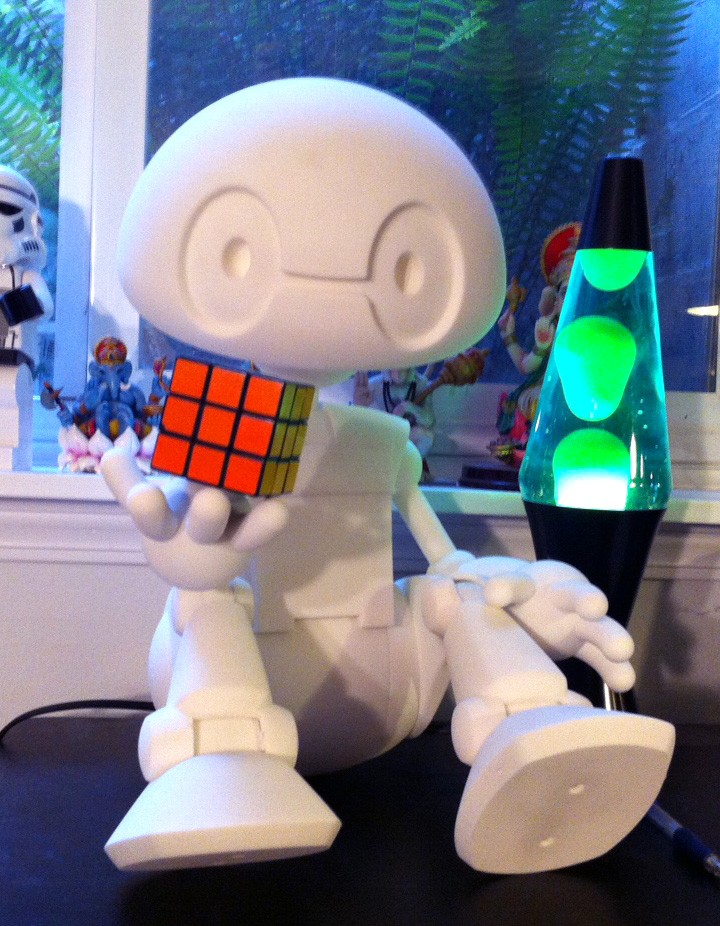 We have all seen films set in the future where humans live alongside robots. It’s a pretty cool idea having fully functional robots able to carry out duties they are pre-programed to do. Here’s the thing, this is no longer an idea from a science fiction movie it is now a reality. Computer software giants, Intel, created “Jimmy” a walking, talking research robot.

Jimmy is not your average robot; in fact, he is highly sophisticated and has been developed and created with the consumers’ needs in mind. This smart little robot has the ability to speak, translate foreign languages, he can tweet, he can get you a beer from the fridge, and he can even add to the atmosphere of the party with his own singing abilities. He is your one-stop-shop robotic best buddy.

Intel creators describe Jimmy as a research robot. It’s expected that a less advanced version of Jimmy will be going on sale to the general public at the end of the year for a cool $1,600 that’s around £957 in the UK. The only thing consumers need to bring this robot buddy to life is a 3d printer. Intel has open sourced the blue prints for Jimmy and they will be free to download with no cost attached. You will need to buy a specialized kit from Intel to construct Jimmy, in addition to purchasing the parts that a 3D printer can’t create.

Jimmy was the creation of Intel’s own Brian David Johnson who works as a futurist at the company. Brian’s job is to look at how we will be living in the future, in terms of cutting-edge technology, and come up with Intel’s own developed software and products. You can learn more about what Brian thinks of Jimmy here on the 21st century robot program site.