What is all the fuss and commotion regarding 3d scanning? Is it really as advanced as the reports say? Does it deserve its place in the headlines every other day?

In short, yes it does deserve the credit. It has sat dormant in the shadows of other advancing technologies long enough. Though it has taken time, it now officially takes lead at the front of other ground breaking tech advancements.

Laser three-dimensional scanning has been around for quite a while. When it was first introduced, many were skeptical. It was often stated by the critics, “This would never catch on. This technology is a passing phase.” Those who were once critics are now beginning to choke on their critical statements, as the reality of how influential and widespread this technology has become. The many products evolved from 3d scanning stands to correct them.

Advancements in this field of technology, enables scanning machines to develop far more advanced precision models and products that previous technology simply could not handle. The newly created copy machines now have fair price tags and easily fit on a home or work desktop. Past machines were big and too bulky, but these lower costing machines are more compact. Even though they are smaller, they have the ability to produce quality detailed scans of any desired component. Objects scanned from a laser scanner hold the guarantee of high quality.

Today’s reality is that scanning technology ingratiated itself into the lives of many. In truth, just about every product that you can view from where you are sitting has been scanned or had a 3d printed prototype created at some point. Objects and items are designed with a purpose. The products of scanning and printing technology sit before you even though you were not aware of it. 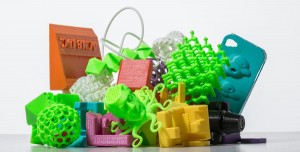