Laser scanners have come a long way in the past 20 years. Now, they can form a vital part of the quality professional’s toolkit for first article inspection, part-to-CAD and particularly in the growing area of in-process measurement. This is true for both high-accuracy applications like aerospace engineering and in the high-volume world of automotive manufacturing. 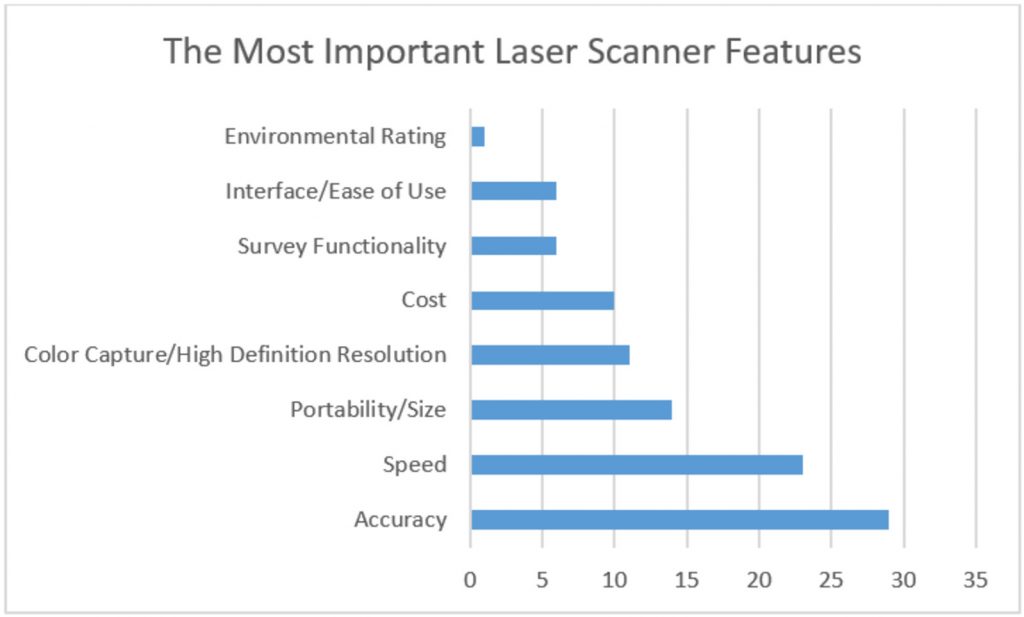 The picture above shows the results from a poll that was conducted in the forum called The laser scanning forum, these responses ranked as a percentage of total votes n=220. Accuracy, speed and portability/size ranked highest. Although the forum’s members are made up of more than just manufacturing professionals these three features are worthy of consideration by any metrology professional. 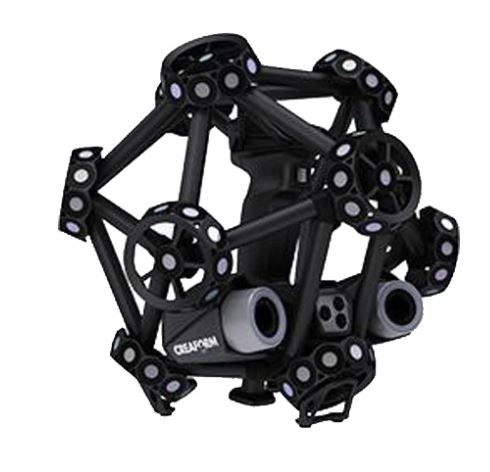 The Metrascan 3D (shown above) is a 3D scanner that is positioned via an external optical tracking device using markers suchas apassive or active targets. These targets bind to the scanner letting the scanner to be position within a coordinate system. 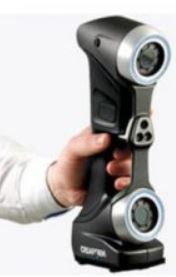 The portable 3D scanner such as the HandySCAN from Creaform are position using real time self positioning via targets, object geometry or both. This is a special combination called hybrid positioning. The HandySCAN has two cameras in the scanner that help create a stereoscopic vision and enable the device to determine the position in relation to a specific point on the object.

One of the advantages of portable scanners is their ease of transport and use. This device can also acquire more than 500,000 points per second. Unfortunately with this scanner there is a limit of scanning volume meaning that errors increase as the volume grows.  Users can compensate for this issue using photogrammetry and positoning targets.

Although touch probes are highly accurate, they are limited in the number of points they can generate from a given object. Each data point generated by a touch probe requires a corresponding touch. In contrast, the width of a laser scanning stripe can range from 50 mm to 200 mm (1.97” to 7.87”), enabling the scanner to capture thousands of data points in a single pass.

One of the main advantages of laser scanning over touch probing is its ability to capture the entire surface of the part.

“In the last ten years, because of faster computing processes, we can scan something and reverse-engineer it and then adjust the computer program in a matter of minutes, whereas in the past it would take weeks to do something like that”

Even the fastest touch probes are very unlikely to exceed a few thousand points per second. A laser scanner can obtain about a million of points per second. However, from an inspection standpoint, speed isn’t measured simply in terms of the number of data points collected. Ultimately, it’s a question of the total time needed to assess the quality of the part—and that depends on your particular inspection application.

Mounting a laser scanner onto such a robot is often the more efficient option, especially given the robot’s ability to reach features and surfaces that would be inaccessible to a CMM.

In addition, integrated software packages can be used to handle measurements, data gathering, comparing point clouds to CAD models and generating visual representations and tabular data in an automated process.

“Scanning is the absolute easiest thing you can do, It’s basically like spray painting, so if you can teach someone to spray a can of paint, you can teach them to laser scan. All you have to do is give them a little bit of guidance on aiming the laser beam and how fast to scan. It’s very simple. Learning to operate the scanner is very easy and almost anyone can be trained to do it. The harder part is setting up the software to manipulate the point cloud and present the results that you want. Scanning is the easy part.

In terms of cost, laser scanners occupy a sort of middle-ground between CMMs and hand measuring tools. Of course, that only narrows the price of laser scanners down to somewhere between a few hundred dollars and upwards of seventy thousand.

One of the primary factors in the cost of laser scanners is the novelty of their technology.

“Usually the cost is higher because it is relatively new technology and there is a lot of R&D going into hardware and software,”

One particularly impressive example of 3D laser scanning in the automotive industry comes from the Laser Scanning Forum, where user Andy Goldstraw showed off some pictures from a project he carried out a few years ago, see below.

“The task was to scan the entire underside of a car, the engine bay with no engine, the [hood] in the closed position and then to scan the engine as a separate unit Align all of the data together and then cut sections through the data for clearance and fit between objects. Then separate parts of the suspension and engine into smaller files.” 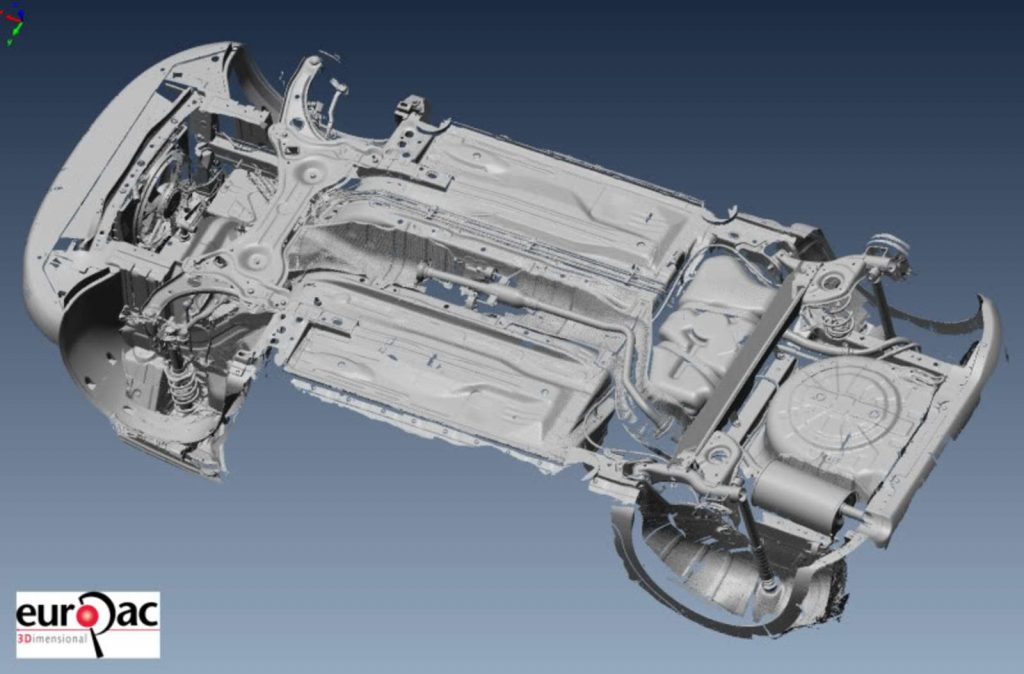 The aerospace sector has some of the tightest tolerances in manufacturing, so you might wonder whether laser scanners can offer the necessary accuracy for quality assurance. Are CMMs always the better solution?

If you’re after high accuracy for a single point, then CMMs are obviously the way to go.

That being said, laser scanners can work well for aircraft interiors, where tolerances are not so tight. However, when it comes to the external envelope and anything relating to the aircraft’s engine (turbine blades, fuel injectors, etc.), tolerances are typically too tight for laser scanners to be practical.

Accuracy, portability and speed are the defining attributes and the primary advantages of 3D scanners. These key tools in the quality professional’s toolkit can find a role in both high-accuracy applications like aerospace engineering and in the high-volume world of automotive manufacturing.