What’s Next for Industrial 3D Printing? 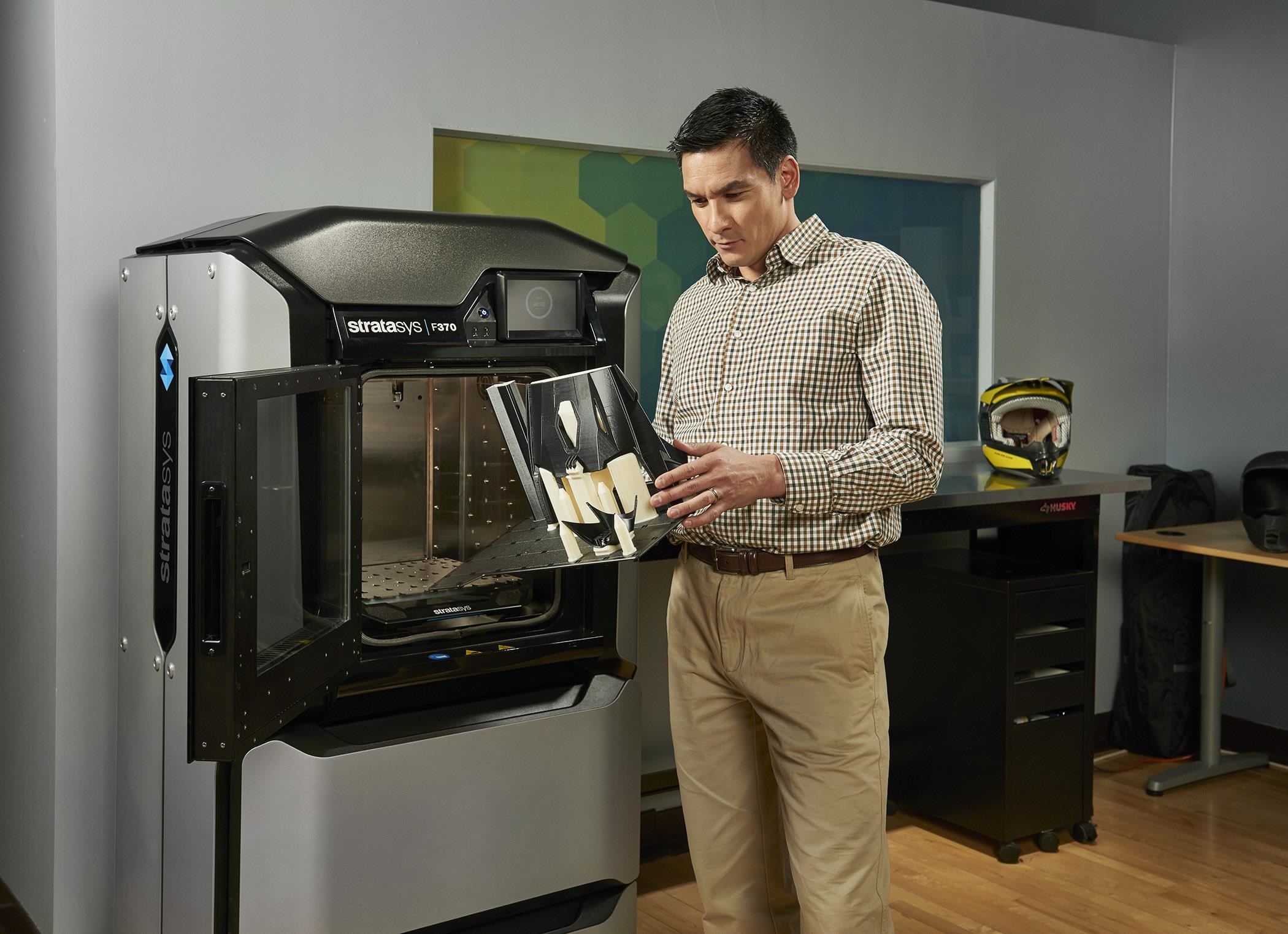 It was once envisioned that 3D printing technology would one day be available to all, with the belief that retailers would sell 3D printers both in stores and online, and the thought would be a norm in households everywhere. Although this is yet to be proven true, the potential for 3D printing remains just as large. Economists predict global spending on the 3D printing industry to grow from 2015’s $11 billion to around $27 billion in 2019. This poses a question as to how this prediction will become a reality. This can be summarized by three major developments.

3D Printing has yet to become the next revolution in consumer technology. This is due to the complexities of operating the machinery as well as the perceived value of the printers themselves. As great as it would be to simply make your own parts and tools with a 3D printer, it is still much cheaper to just buy these things  today. The hope that 3D printers would become standard in households has therefore died down. However, in the industrial space, this technology is being adopted by over two-thirds of manufacturers.

Some major manufacturing names have welcomed 3D printing technology is recent years. General Electric, for example, has already purchased two 3D printing companies for a total of $1.4 billion. GE is expecting these recently acquired assets to grow its additive manufacturing business by $1 billion by the year 2020. They’re also anticipating to save well over $3 billion in production costs in the next 10 years, highlighting one of the major benefits of 3D printing. Other major manufacturers such as, Hewlett-Packard, are exploring the technology. With companies such as these making great investments into the industry, the potential continually grows as improvements to technological capabilities, material availabilities, and mechanical properties will grown and developed. They will also undoubtedly drive the adoption of 3D printing in the manufacturing industry.

3. Applications are Moving from Prototype to Production

3D printing has always been know to produce just prototypes. However, as the technology has continually been developed and improved upon, it is now capable of producing finalized production parts. Part of this is due to advancements in materials as today several resins and metal powders can be used in 3D printers where in the past, the technology could not use them. This allows to parts to be developed that meet the quality needed, all the while being made in a much more cost-efficient and timely manner. As these improvements in material availability, 3D printing technology and 3D printing experience continue to grow, the growth and potential of 3D printing itself will continue to rise.