What Is 3D Printing? How Does It Work?

How does 3D printing work?

Every 3D printer builds parts based on the same main principle: a digital model that becomes into a physical 3D object by adding material a layer at a time. This where the alternative term Additive Manufacturing comes from.

In 3D printing, no special tools are required (for example, a cutting tool with certain geometry or a mold). Instead the part is manufactured directly onto the built platform layer-by-layer, which leads to a unique set of benefits and limitations – more on this below.

The process always begins with a digital 3D model – the blueprint of the physical object. This model is sliced by the printer’s software into thin, 2-dimensional layers and then turned into a set of instructions in machine language (G-code) for the printer to execute.

From here, the way a 3D printer works varies by process. For example, desktop FDM printers melt plastic filaments and lay it down onto the print platform through a nozzle (like a high-precision, computer-controlled glue gun). Large industrials machines use a laser to sinter really thin layers of metal or plastic powders.

Plastics are by far the most common, but metals can also be 3D printed now a days. The produced parts can also have different structures

Depending on the size of the part and the type of printer, a print usually takes about 4 to 18 hours to complete.

A brief history of 3D printing

3D printing today has found very specific roles in the world of manufacturing. Of course, 3D printing is an evolving technology. Every year new 3D printers are released that can have a significant impact on the industry. For example, HP launched their first 3D printing system relatively late (in 2016), but it proved to be one of the most popular industrial 3D printers 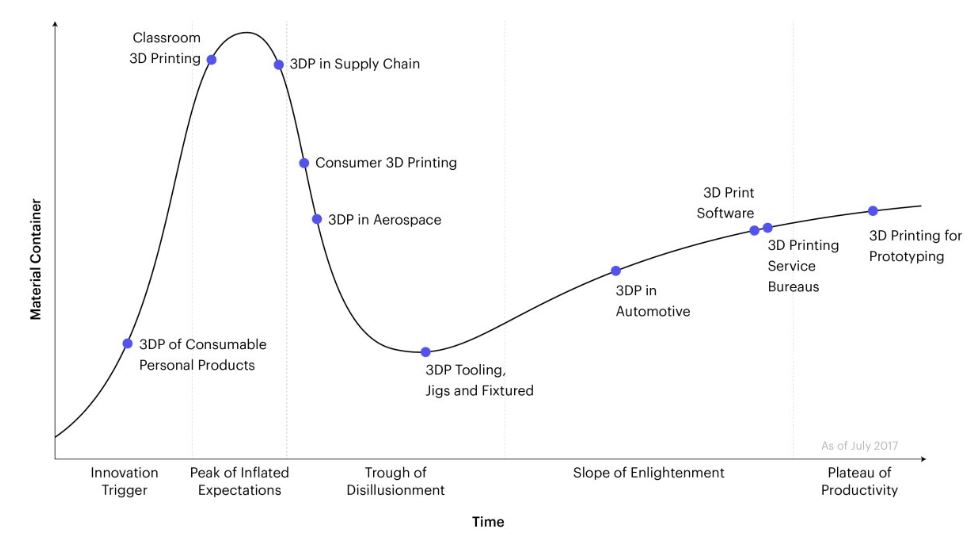 It is important to understand the benefits and limitations of 3D printing, unfortunately since this is a rapid developed technology this type of manufacturing has its own flaws.

It is recommended that 3D printing should be ued when a single (or only a few) parts are required at a quick turnaround time and a low-cost or when the part geometry cannot be produced with any other manufacturing technology.

Here are some scenarios for when CNC machining should be used

For larger production formative technologies like injection molding make the most financial sense.