With three-dimensional printing equipment becoming more affordable, in comparison to the steep costs they once were, it is becoming more popular in the home and not just in a business setting. Over the last five years, there have been a number of different objects and items printed.

In general, many use this technology for creating prototypes in a variety of industries, around the world. The process helps companies and designers visualize the product, amend it if needed, and then create functional ready products for manufacture.

There have been a few odd things printed with these types of printers over the years, below is a short list of some of the weirdest things that have been printed using this technology. Perhaps, these items will intrigue you enough to becoming the next generation of 3d printing enthusiasts.

A Gun: the world’s first printed gun, the Liberator 3D printed gun has left government officials both excited, and concerned for obvious reasons.

A Skull: there was a case when a patient’s skull had up to 75 percent replacing, not much is shared about this particular case, but the process would have involved a digital scan of the patient’s skull in the beginning, the process captured the data to complete the project. Skulls are often printed in the medical industry to assist surgeons as practice with difficult surgeries 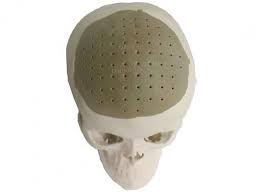 Food:  NASA has recently awarded a grant of $79,600 to a firm called Systems and Materials Research Corporation. The grant was awarded so they could create and develop a 3d printer capable of producing food, which would have an extended shelf life to be used in space exploration.

The advancement of printing solid, functional objects is taking off, and it will soon be available to the public by way of the Public Library, a few have already set up stations. This technology is in the process of changing, and as it changes, it continues to re-shape how items are created and produced.