We were introduced to 3d printed food 21 years before a 3d printer was even created!

There are countless enthusiastic artists and creators alike who have really grasped the technology of 3d printing and put it to the test for their various projects. In the last few years there have been many successful creations including a full size 3d printed house! 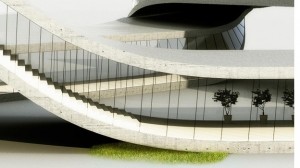 There have also been some unsuccessful attempts like the one below, but that is all part of the learning curve. If at first you don’t succeed, then back to the CAD design to try again. 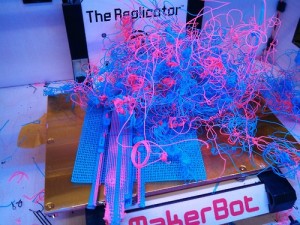 There used to be a cartoon on years ago called the Jetsons, it was a family living in fictional place called Orbit City in the year 2062. They had robots cleaning their home and drove around in a space car amongst other futuristic creations. The reason that the example of the Jetsons was used in this instance is down to how they created their food for meal times.

Check out this cool video by the 10ReasonsWhyShow

The fact that 3d printing is at a stage where it can actually print edible food is a credit to this technology and a real eye-opener to its possibilities. It shows just how accurate Hanna Barbera was in their forward thinking to include the idea of printing food in their cartoon, which broadcasted its first program in 1962.  Remarkably, that was 21 years before the first 3D printer was invented.

So what does the future look like with 3D printing involved? It’s easy to agree that the future is constant, meaning it’s always changing, yet three-dimensional printing has already impacted and influenced every industry. It shows that our future will have better quality services, better quality products, and better quality healthcare.

The future looks bright with endless possibilities and 3D printing has clearly shown it has what it takes to be among the top list of advancing technologies.