The one grey area concerning 3D printing is the ease printed guns can be developed and created using three-dimensional print technology. It’s safe to say, a gun in the wrong hands is never a good situation, and the UK Government realized this potential security risk. They decided to create and test 3D printed guns for themselves.

The old saying goes, “it pays to know your enemy”, was tried and tested when information was released stating that the UK Government created at least one 3D printed gun. The purpose of printing the gun was for Homeland Security and officials to better understand the real risk posed from a 3D printed weapon and what it is capable of doing.

There have been so many stories concerning 3D printed guns malfunctioning and exploding during firing that there needed to be official testing to see the exact results. 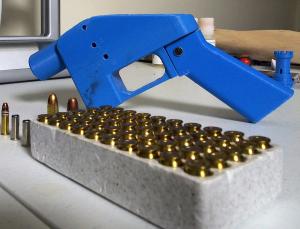 The testing of the 3D printed gun took place at the Centre of Applied Science and Technology, a branch of the Home Office. The CAST branch targets crimes related to scientific issues, with all the hype concerning 3D printing technology, it’s no wonder this advancement in weapon making was investigated.

The investigation reports included information that researchers downloaded a blue print available on the internet and successfully printed a firearm. The test concluded that the firearm was unable to fire, with the products that were available to use with the 3D printer.

The Centre Of Applied Science uses 3D laser scanning equipment and three-dimensional printers on a daily basis in their efforts to trial and test different projects.  Understanding the advanced printer’s abilities helps researchers know what this technology is capable of now, and what it is likely to be able to do in the future.

For now, it appears there is no major risk concerning the possible creation of homemade 3D printed guns. How long does this remain a low-risk? At the speed this technology is progressing, it’s difficult to know the exact answer to that question.