What are the top 3D Printing Trends to Expect for 2016?

3D printing is an industry that is poised to take on the world in a huge way in 2016. While this technology has been available for quite some time, this year is shaping up to be a banner year for 3D printing, or additive manufacturing as the industry is also known. Find out which trends you should expect to come to fruition during 2016 so you can plan accordingly

With the explosion of everything 3D, it just makes sense that this will be the year when the industry will move completely into the mainstream. Gartner, a research and advisory firm that focuses on the information technology field, notes that the point at which a technology moves into the mainstream is when its adoption levels close in on 20 percent. 3D printing is quickly approaching this rate and should reach it at some point during the year. As noted by Innovative Trends in their inaugural issue back in May 2014, there was an explosion in the practical purposes of this technology as more creative people turned to it to bring their ideas to life and provide innovative solutions to vexing problems. This popularity in usage has only increased since then.

Long the domain of engineers, 3D printing offers an ease of use that allows it to expand across numerous, unrelated industries. While NASA engineers that use its capabilities to generate prototypes quickly so that their attributes can be tested for viability might have been the typical use of such technology in the recent past, these days a variety of industries make use of it — or are poised to do so in just a short amount of time. Charities, for example, are tapping into its capabilities in order to provide prosthetics to more people, including those who otherwise could not afford them. Some industries are using 3D printing to generate replacement parts so they can reduce the amount of inventory they must have on hand.

3. Not Adapting to 3D Printing Could Doom a Business

Niche industries that serve very specialized populations often face a fierce amount of competition due to the limited pool of consumers that demand their services or products. As noted by Richard D’Aveni, a Dartmouth College professor of strategy, in the May 2015 edition of Harvard Business Review, over a time span that totaled less than 500 days in length, the entire hearing aid industry in the United States converted to additive manufacturing. According to one CEO in the industry, those companies that held on to traditional methods of manufacturing did not survive. While this example notes actions that are extremely quick in fruition and that might not be repeated, it speaks to the quandary that businesses often find themselves in. Should they jump on this technology that is here to stay now or should they wait until the industry plateaus in terms of newer technology? If they wait, the other question that begs to be answered is how long of a wait is too long of one in that it forces the company out of business because it cannot keep up with its competition?

Industries, such as automotive manufacturing and aerospace, that make use of metal, fiberglass and other materials that offer some of the same properties have been vocal about their successes. In 2016, though, that success will start to crossover and be seen with other types of materials whose uses were previously unheard of prior to recent years. These include exciting innovations using graphene, glass and other game-changing materials that promise to improve the flexibility and practicality of using 3D printing. Another push that industry followers can expect from additive manufacturing in 2016 is the disintegrating of many of the limitations previously noted in objects printed using 3D technology. For example, it is likely that these so-called big area machines will be able to print and facilitate the manufacturing of oversized parts such as wind turbine wings or a complete airplane wing in one smooth and seamless sitting.

5. Manufacturing Will be on an As-Needed Basis 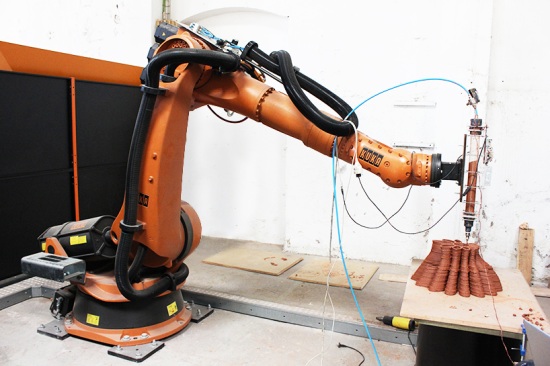 The manufacturing industry is rapidly changing in the way that it requires companies to purchase the components it needs as well as the quantities in which it needs them. 3D printing will make the ability to cherry-pick the particular parts it needs in the exact numbers that it requires a reality for businesses that rely on manufacturers to craft them. Due to their highly-technical nature, utilizing 3D printing to do so provides businesses with the opportunity to have particular nuances and intricacies addressed without compromising quality or adding an exorbitant amount of time to the project.

6. Holistic Manufacturing Will be a Reality

Previously, manufacturing traditionally followed the same general pattern of producing numerous different parts — sometimes by different manufacturers — then having them shipped, separately, to the factory. There, the parts were assembled before being distributed or placed into inventory to be sold at a later date. 3D printing, however, provides the ability for manufacturers to consolidate all these different and separate parts into one finished piece. One only needs to look at the renowned GE fuel injection system to see the nearly-endless possibilities that are held within this forward-thinking concept. In addition to providing superior cost savings and increased efficiency, this type of manufacturing is set to disrupt the entire industrial manufacturing industry in a way that has not been seen since the Stone Age.

Businesses who want to take their success to the next level in 2016 now know the six trends in 3D printing that they can expect to see within the industry. Savvy planners and designers will take note of these trends and ensure that their businesses are not left behind — otherwise the consequences could be devastating and final.