For those of you who have been following the advancements and progression of 3D printing since its introduction, over thirty years ago, you will understand that it has come a long way. The technology has emerged as a leading innovative, futuristic technology, and seems to have the “Midas” touch. Three-dimensional printers have affected every part of business and manufacturing companies who have implemented it, and one of the primary areas it has influenced is the development of prosthetics.

The technology of 3D printing has been successfully used in creating artificial limbs and custom-made prosthetics for those who require them. The technology has been so successful that those following the recent World Cup in Brazil would have witnessed a disabled man, fitted with a prosthetic, take a penalty and kick a soccer ball. This was an astounding moment, as the act and movement was something this man never dreamed of doing if he was still relying on an older technology. Yet, his dream became a reality and made true because of 3D printing technology.

The difference with the prosthetics that are created now in comparison to that of those in the past is the prosthetics are fitted with special sensors and use highly efficient robotics combined with the flexible raw materials used in additive manufacturing. The world of 3D printed prosthetics is booming with advancements, and a higher quality of prosthetic is now being created. This has not only improved the standards, but also improved the choices and options that are now available to patients who are in need of it.

Disadvantages of traditional prosthetics include the prosthetic-looking unnatural and lacking in flexibility and design. Traditional prosthetics were highly priced also, and sat out of the “affordable” bracket of those in need. There are varied stats on the net, and it depends on where you get your information, but it is said that there is around 10-15 million amputees around the globe. The introduction of using 3D printers may not deal with the emotional pain accompanied by the loss of a limb, but it will help in providing a cost effective, high quality prosthetic to make living easier.

Innovation in the Healthcare Industry

Using 3D printers in recent pioneering projects, there has been successful reports of 3D printed kneecaps and hip joints being created and implanted in the human body. From false teeth, to 3D bio-printing human tissue, and even human organs (check this 3D printed liver tissue out), the implementation of 3D printers into the area of medicine has seen a rapid improvement in services and available products. With the use of 3D printers estimated to rise over the next several years, the outcome can only get even better.

3D printers have been responsible for some of the most exciting technological breakthroughs over the last number of years. This technology is well capable of becoming at home in households all over the world, and will be more than able to create replacement parts for products in the home.

We touched earlier on how it will one day be possible to create human organs that could be used in transplants, which are quite a few years away. But, the way 3D printing and medicine are both progressing the countdown has already started. Three-dimensional equipment used in bio-printing  hails a new era in testing new drugs on worldwide illnesses such as cancer, allowing specialists to see the effects of the treatments and monitor which are most successful.

Human tissue created using bio-printing technology has now been recorded at surviving up to 40 days, instead of just a few hours. The introduction of 3D printers has not only radicalized the way things are traditionally done, but it is revolutionizing traditional methods and pushing new innovative ways to create products.

Dental laboratories are already able to print off patient’s teeth at the push of a button. All that needs to be done is the dentist or orthodontist is to scan the patient’s mouth with a handheld scanner and from the collected data, the new teeth can be created using 3D print technology. By using 3D printers in creating their products, dental laboratories have been able to save time and money, and provide the patient with their new teeth at a much faster rate. 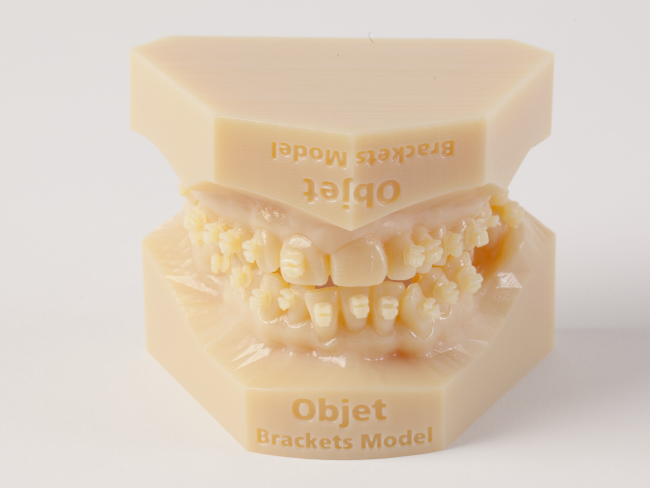 The use of 3D printers is not exclusive to medicine. Three-dimensional printers have been used in the car manufacturing industry for years. Engineers have been using 3D printers in the automotive industry mainly to create new prototypes of cars, and in the design of new car parts and products.

In 2014, General Motors undertook a project where they looked to create the Chevrolet Malibu. What was unique about this project was that the car was to be fully manufactured and made using 3D printers. The assembly was evaluated after it was completed, and engineers found that by using 3D printers, they were able to save time and money. The upgraded Chevrolet Malibu is now more fuel efficient, its overall weight is lighter and has set the benchmark for future car manufacturing companies.

Car manufacturing industry giants, Ford, has also been using 3D printers in the creation and development of many new prototypes in their designed cars, custom made items like shift knobs to cylinder heads, Ford has been using advanced 3D printing systems to create them all. Ford understands the benefit of incorporating 3D printers in the manufacturing process, and uses it in the Explorer and EcoBoost engines. The car manufacturing industry has benefited from cuts in waste and cost production. These two attributes alone would have any manufacturing company smiling.

Another area where 3D printing is having a massive impact and influence is in the area of Aerospace part production. You know a technology is relevant and has potential, when industries like NASA start using it in their projects and area of business.  NASA has been using 3D printers to create Rocket injectors, which has already passed the strict testing requirements by NASA engineers. NASA engineers are now looking at ways of sending the first 3D printer into space. The reason that NASA are looking to send a 3D printer into space is to allow the astronauts the ability to create extra tools should any snap or break, while they are in space. The astronauts are obviously a little too far away from the nearest Home Depot.

This would allow astronauts extra room to carry other important things on-board and possibly allow some missions to last longer than they would if there were issues with any of the tools. NASA is also looking at a specially designed 3D printer that can print off food; to be more specific astronauts will soon be printing off pizzas in space using specially adapted 3D printers.  As if space exploration wasn’t exciting enough, it just keeps getting cooler.

Three-dimensional printers have the ability to change and impact lives for the better.  Young girl, by the name of Emma Lavelle, was born with her legs and shoulder blades, due to her suffering from arthrogrypis multiplex congenita a condition causing them to be severely out of joint and out of place. The young girls’ legs had to be put back in place and restructured in order for them to develop correctly.

Engineers at the children’s hospital, where Emma was treated, needed to build a durable exoskeleton that was created using a 3D printer. The exoskeleton was named “Wilmington Robotic Exoskeleton”; by fitting Emma with “WREX” she was able to put her hand to her mouth for the very first time. This has encouraged other patients to find out more on how 3D printed exoskeleton could help them in their own situations.

Vets and animal specialist are also turning to 3D printers in an effort to improve the care and services that they give to the animals they treat. Take the case of Buttercup, the duck, little buttercup was born with his left foot facing backwards. Some days he didn’t know if he was coming or going. The duck’s foot had to be amputated, leaving it with low quality of life due to it having to hobble around, trying to survive each day.  Fortunately, after Buttercup’s foot was amputated, he was fitted with a silicone prosthetic replacement foot created with a 3D printer. This little duck’s life was not only improved, but also saved. Now, Buttercup can do all the things that normal ducks living a better quality of life, not to mention a longer life than what was first expected. 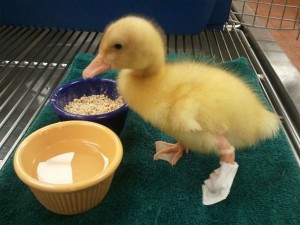 Pushing the Limits of 3D Printing

Chuck Hull was the man who created the first 3D printer over 30 years ago. His visionary insight into this field of technology may not have been fully comprehended at the time. It is only now we are seeing the real positives and the impact it is having and the way people are pushing the boundaries of creativity and innovative products.

The technology has come a long way since Chuck’s first creation. As covered in this article, many different and varied industries have been changed and improved due to the ongoing advancements of the technology.  Companies around the world are saving billions of dollars, and saving countless hours of their time by introducing innovative 3D printing systems into their business product development. In essence, 3D printers can be used for creating life and improving the lives of those with a medical need.

The technology of 3D printing is relevant to us all. It is not just for today, but will keep having a major influence in the way industries move forward with the opportunities this type of technology offers. We may not all understand everything about 3D printing, but if we can get to grips with the basic concepts, and its possibilities, it has the potential to change public and personal opinion on 3D printing technology.

Today, 3D printers cost less than it has in previous years. There are 3D printers for everyone now, advanced systems for industrial companies and newer affordable systems for the many who want to explore its applications and become hobbyists. This 3D printing equipment is fairly easy to use and understand.

In the next five to ten years, it will not be uncommon to see it in every household. With homeowners who own a 3D printer being able to create and print off all manner of things.

We are living in exhilarating times. We can imagine a concept, and then execute it beautifully with a 3D printer. Just as industries have embraced it, so can you. Don’t be stuck in past technologies, move forward into the now and be a part of the 3D printing movement.