An individual using a 3D printer can easily create solid three-dimensional object from digital designs. This technological printer can make a wide range of objects and/or products from different types of materials. New materials are becoming available all the time. Three-dimensional printing or additive manufacturing is transforming the manufacturing industry. Its progression is allowing more and more people to  own one and bring their ideas to life. Many small business owners are using it now to create their own products.

In the area of Filton, which is just outside Bristol, in the United Kingdom, has been noted down in the history books once before. It was in Filton that the UK’s fleet of Concorde aircraft was assembled and given the green light to take to the skies. Now, the concord didn’t last long, but its disappointment is not linked to 3D printing. In fact, it’s linked to over priced tickets, low passenger numbers, and escalating fuel costs. However, the area of Filton may be just about to re-enter the record books for another reason—and, that reason is linked to 3D printers!

Engineers in Filton are using a 3D printing technology to create a titanium landing gear bracket. The landing gear bracket is about the size of the shoe on your foot, and in the past would have been created using the subtractive manufacturing process. Basically, the part is created by numerous cuts being made from a solid block. The traditional manufacturing process of subtractive manufacturing does create the product, no doubt, but there is vast amount of materials left over, costing companies millions in waste costs each year. 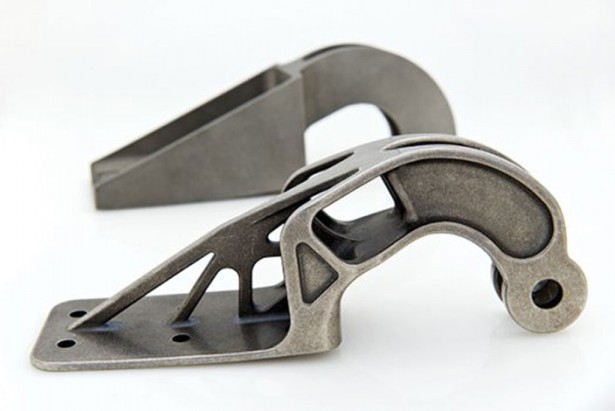 Using additive manufacturing, this coincides with using a 3D printer. It allows companies to reduce waste costs and waste materials, dramatically. Using a 3D printer is highly accurate and only uses the materials that are necessary to create the product. Additive manufacturing builds layers on top of layers, until the object or prototype is made and leaves little-to-no waste.  The creation of the landing gear bracket is only the beginning when it comes to manufacturing; they eventually want to progress from making the landing gear bracket to printing a full fleet of planes.

Printing a full fleet of an airline may sound like a farfetched goal, but the reality is that using this technology and the correct materials just about anything can be made, or built to test parts. There have been numerous news articles, which included the likes of 3D printed prosthetics, 3D printed food, car parts, hearing aids, football boots, and the list goes on. Society has not yet fully benefitted from using 3D printers, nor has it seen the full effects of this technology at its peak. Many do not understand the breakthrough technology of 3D printing. It has yet to be explored by those who desire to know more, but somewhat intimidated by its complications.

Recollecting a personal experience of having a flat tire in the middle of the English countryside, and the only thing available to fix it was a jack with a broken shifting arm. My family was not impressed. Now preparing well before any trip is imperative, but even if you do prepare the unexpected still happens? This is a fairly, simple analogy, and we were soon on the road again after breakdown services saved the day.

Try to imagine being on a space exploration mission, where vital data is needed to be collected and studied. All those hours of training, months and years of preparation, and all that traveling involved through the atmosphere. You arrive at your point of coordinates, and you go about your business only to find an important tool has been damaged, broken or is simply missing. What do you do? You can’t go hop in a car and drive to the nearest hardware store in space. This is why NASA has been flirting with the idea of sending a 3D printer into space for such cases, as the above scenario. Imagine, having the technology available with you in space enabling you to print the part needed. Here is the twist, you don’t have to imagine it, it’s already happening.

Unfortunately, many have missed the technology of 3D printing as it has quietly been working behind the scenes for years. Every single day, there are stories filled with information about this technology, and it is the kind of thing most simply ignore. For those who have not tuned into the world of 3D printing, and what’s been happening, then you have missed some fantastic creations and unique products developments.

It’s important not to miss the impact of what 3D printing is having in the present as we wait for the excitement of what’s ahead. Yes, 3D printing will affect our future generations, but the point is that it is available now, and inspiring. Don’t you want to grab hold of it and explore it to its full potential? It is for young and old alike. It’s relevant today, and is a technology that smashes the limits on commercial production. The use of 3D printers has multiplied, and anything from lingerie, to food, and even plastic guns, can be made using a 3D printer.

Earlier in the article, it mentioned that NASA had been thinking with the idea of sending 3D printers into space to help with space exploration missions. They have also looked at using 3D printers in space to make pizza. Sounds crazy, but it actually works. Pizzas are now being made using specialized three-dimensional printers. The printed pizzas are created from long life ingredients, which can still regain its flavour and freshness during any lengthy space mission. Creating edible food is nothing new as Chef Jet Pro has been making edible candy since 2013. When it was first introduced, its range of 3D printers is capable of making edible candy.

Being able to create candy and food by using food printers does have a novelty appeal, but it’s what scientists are using 3d printers for now that is making all the headlines. In some of the countries around the world, poverty is at an all-time high. Scientists are trying to find out how 3d printers would impact the fight against hunger and world poverty. Various food experiments and surveys have taken place that show that our food intake is not sustainable. With the population of the world growing every day, there needs to be action taken to try and address poverty globally.  With the advancements that have been made with 3D printers regarding the creation of food, there does seem to be truth in the idea that one day when further advancements have been made in 3D printing technology, that it could be a viable way to create food for those in desperate need. 3d printers, in the future, could be used to create a sustainable food source and help with the fight against poverty.

The technology of 3D printing does possess some very positive attributes and affects so many industries for the better. Human lives are being saved using this technology and there has been a vast improvement in the healthcare services that now available to us. Much of this is through the introduction of 3D printers into these areas of industry. 3D printers have become more readily available to the masses due to their affordability and easiness of use. Most 3D printers today come ready to use and just need to be plugged into the wall and switched on.

The technology of 3D printing is now available for us to use and what was once deemed far-fetched and something out of a science-fiction movie is now possible thanks to the advancements that have been made with 3D printers and the technology connected with it. In the next ten years, we will be seeing 3D printed body parts. This will have a dramatic effect on those who wait years sitting on the donor lists for a suitable match. We have already seen people receive 3D printed hands, arms and other limbs. It will only be a matter of time when you can pre-order the limb that you have missing or the body parts that you desperately need in order to stay alive. 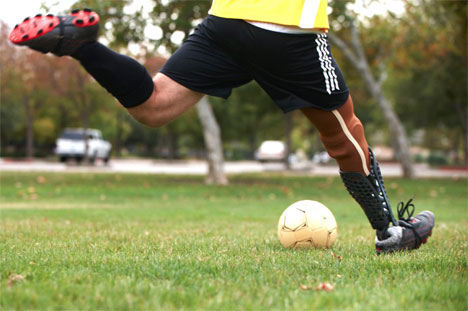 No one knows what the future holds but when it comes to 3D printing technology, the future looks very bright.  Three-dimensional printing will revolutionize the world one industry at a time, until the technology will be at the forefront and fully in the mainstream.  Three dimensional printing has been a bit of a roller coaster ride for those watching, but the 3D printing ride is just picking up speed and getting more exciting.