The Rise of 3D Printing and Its Unending Abilities to Impress

Printing was first introduced to the world by Gutenberg in the year of 1439. It would be fair then to say that printing has withstood the trials of time and survived throughout the years to still be a reliable and trustworthy service which is not only still around but is also commonly used in today’s world. Throughout the years printers have adapted and evolved into industrial heavyweights evolving from the mere printing block to being able to carry out 2D and now 3D printing tasks. 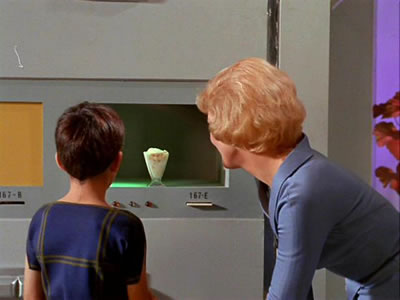 Printers are part of most people’s lives and are used daily without thinking in hospitals, schools, offices and even in the home. The humble printer has advanced so fast and what was once deemed only possible in Science Fiction movies is now possible through using 3D printers and the advanced technology that comes with them. In today’s world 3D printers are so far advanced that they can be used to create virtually anything from mechanical parts to prosthetics, edible chocolate and even human skin tissue.

3D printers and Their Unstoppable Rise

The exciting thing about 3D printing technology is that the technology is incredibly versatile and is not exclusively singled out to one industry. From making trinkets and meeting the demands of the most avid of hobbyists to revolutionizing the world that we live in are just some of the factors and attributes that 3D printers can boast of.  3D printers are being used all over the world in various continents and all for very different reasons.

In previous articles we have covered how 3D printers had been used to create prosthetics to animals that were either missing limbs or had bad injuries due to accidents that they had been involved in. The news that 3D printers had filtered through to be used in veterinary surgeries in helping injured and lame animals has revolutionized the industry, but that’s exactly what 3D printers do to improve, revolutionize and impact for the better any industry that they are used in.  3D printing may resemble the likes of a Star Trek technology, but 3D printers are here now and are readily available to use and buy in your local high street stores.  It’s time to join the revolution leave past technologies in the past where they belong and move forward into the future exploring the endless possibilities that 3D printing possesses. Technology is a constant and is always improving and advancing to better itself and provide a higher level of quality of services.

Down under, in the land of Australia, 3D printing has also been making the headlines with major breakthroughs and advancements that have taken place in the medical field due to the introduction of 3D printers.  In the town of Sydney, Australia, medical specialists are now able to use highly sophisticated 3D printers in creating 3D printed bone replacements for people who have been involved in serious accidents where the head injuries are severe. Current medical option or the medical options that were available in the past were costly and time consuming and were not always successful. This is not a world’s first though, as there have been many countries already that have introduced 3D printing into their own medical services.

The world that we live in will be a very different place and almost unrecognizable from what we understood it to be, this is down to the constant progression that mankind is making and the ever progressing advancements being made with technology. Science and technology are closer than they have ever been before and the production of 3D printed human organs that could be used in everyday transplants is now a reality and within touching distance. 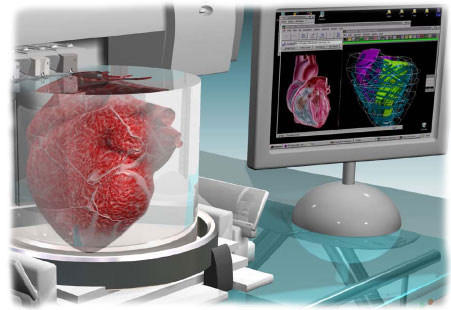 We are looking at a future where there are no agonizing waiting periods on donor lists for suitable matches to be transplanted. A future where global diseases like cancer and diabetes are not only subdued, but wiped out and the survival rate of patients almost certain if caught in time. A future where new lungs, pancreas,’ human hearts and skin tissue can be created. This may sound far-fetched, but 3D printing technology at the moment is on the tipping scale and should it advance and progress as it has been doing, then 3D printed organs will soon be run of the mill everyday occurrences

A team of scientists in Edinburgh, Scotland based at the Herriot Watt University has studied 3D printer’s capabilities with human bio printing materials with outstanding results. The team of students has been able to create a new gel like synthetic DNA. What’s revolutionary about this creation is that it brings the creation of artificial organs that step closer to happening. With 3D printing and like most things breakthroughs are made through laborious hours of trial and error, the more time and effort that is plugged into 3D printing the more positive results we will start to see. Three dimensional printing has already made astounding breakthroughs in every industry that it has been introduced and embraced into.

With 3D printing and its prototyping abilities, it also allows almost limitless opportunities for the user to create basically whatever they desire and whatever their mind is capable of thinking up. The 3D printers on the market today can be used for multiple purposes that include creating anything from mobile phone covers, jewelry, houses, food, and running shoes to reconstructing human organs and the list goes on. As you can imagine there has been applauds for the progress and the changes that have been made in the industry due to the introduction of 3D printers, but with the possibility of human organ creation the ethical debate is sparked into flame.

Do Scientists have the right to play God and create human organs and ultimately have the say so over life and death? It would be fair to say that any adult, father, mother and relative would do anything to help ease the pain of a loved one and in most cases take the place of the person that is ill especially if the person unwell is a child or younger member of the family and the illness is terminal. Where conventional treatments and medical services cannot find an answer, but only prolong one’s life, it is at this desperate point where “if” there was another way or another outcome possible it would be grasped with both hands no matter the costs. There are viable reasons for and against 3D printers when it comes to the “rights” and “wrongs” regarding 3D printing in medicine. Surely there is no one that could be found out there that if faced with the choice of using 3D printers and their capabilities to save a loved one’s life or let them pass away that they would opt for them to slip out this world.

The world is constantly progressing and advancing and along with it so is technology. Progression and advancement are both constants, there is nothing that mankind can do to change this, so the options are simple to get up to speed with advancements or stay in the dark and stay afraid of venturing into the unknown. The rise of 3D printers has been a steady one, but it would again be fair to say that there have been more headlines covered and more major breakthroughs concerning 3D printers over the last 5-10 years. The reason that there has been more coverage of 3D printing on the world stage regarding of this technology is simply down to the rate at which it is moving forward and that rate is frighteningly fast.

The types of 3D printers available to buy today come in all shapes and sizes and also differ in functionality and purpose. The 3D printers on the high streets today are affordable and easy to us Just like when the first desktop computers were created they had their critics are rightly so. When computers were first introduced into society, there was simply a lack of understanding on how to operate them, which led to the comments like “the everyday use of computers will never take off” except through time it did. In fact, today, the world is reliant and runs on the abilities of computers, banks, jobs, industries, just how would they run so efficiently without the use of computers. Could you imagine going to bed and waking up and there being no internet, no Google, no Facebook, no emails, no Skype, no online banking or business. Honestly, take a moment and think how would the world cope, would it collapse? Life in today’s world would be hard to imagine without the use of computers on a daily basis that is down to technology advancing and becoming more efficient. Even though 3D printers have been around for over 35 years there is still generally a lack of knowledge and understanding holding people back from engaging with it, but just as computers have become a part of most people’s daily work activities so will the 3D printer.

The era when all the focus and attention is directed towards 3D printers and the capabilities are already here. It is time to embrace this technology for all its worth and push it to its limits, then and only then will we see fully just how much the world has been impacted and influenced for the better by the 3D printer.