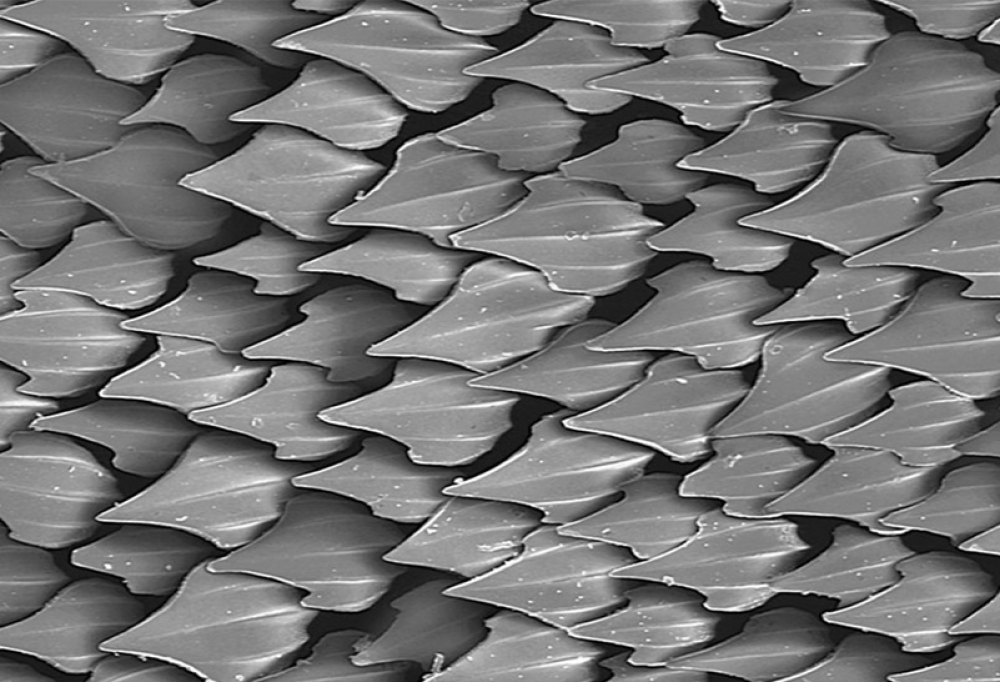 The shark is undoubtedly the king of the sea, they are known for their amazing speed and agility to move through the water. Sharks skin is rigid and tough and has long baffled scientists as to just how sharks can move so rapidly and effortlessly through the water.

Having had the opportunity to touch and feel shark skin personally, it looks smooth almost velvet-like, but feels grainy and bumpy. Shark skin is in fact made up from millions of little minute ragged scales called denticles. As the shark swims the tiny scales work in making it more streamlined when progressing through the water and reduce the drag effect the water has on the shark.

After successfully creating an artificial life-like shark skin, scientists have been able to test its durability and how it could be used by humans in a number of different ways. The initial creation of the shark skin proved a little difficult, using a 3D printer the team embedded the tiny denticles tooth-like scales onto a suitable flexible membrane.

If shark skin can be fully replicated to a high standard of artificial materials, then it could be revolutionary in improving swimming clothes, underwater materials, and could make our nautical fleets more efficient in traveling through the seas.