Strange and Wonderful Ways 3D Printing is Being Used Today

Have you ever had the experience of when a plumber or engineer comes to your home to carry out services your boiler and only for them to say that they need to order you a new part? The spare part can take a few weeks to come depending on what kind of part it is. Most manufacturers today publish their instruction manuals online. We could soon have the part that we need in a matter of hours rather than days or weeks thanks to 3d printing technology.

One of the best attributes of 3d printing is that it has the capability to create super accurate custom designed products. 3d printers have been used widely in the medical field with a titanium pelvis having been created earlier this year. The patient who had the titanium replacement hip fitted had lost half of her original hip to cancer. 3d printing has proved its worth by improving not only products and services in medicine, but also saving lives and offering hope to those in need. 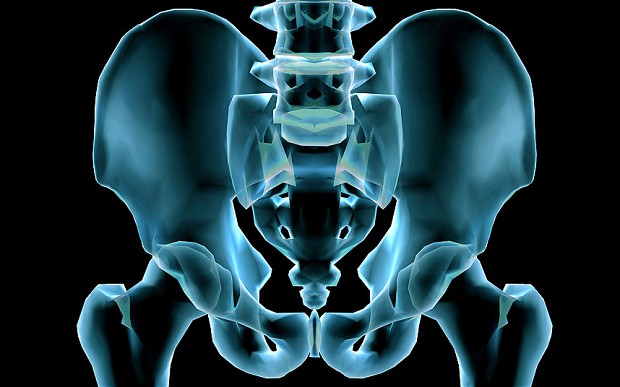 The area of 3d printing and bio-printing is a pretty contentious issue, scientist can already create replica human tissue, but just how far away are they from creating fully functioning body parts from a 3d printer? There are so many positive and negative and ethical issues concerned with creating human organs. In reality we are not that far away from creating human organs, people may no longer have to endure the agonizing wait or passing away while waiting for a suitable match on the donor list.

The technology of 3d printing has evolved from what it once was and has still to progress into what it has to fully become. The quality of the future that we will be living in will only be improved by the progression and influence that 3d printing will make.

Three-dimensional printing continues to evolve. Many common type of products have already been created including: tools, plastic toys, jewelry, spare parts for appliance and cars, collectibles, scale models, wallets and more. Aside from the more common areas of 3D printing creation, there are many items that you may be surprised that have been created. We will list many below.

Can a machine really create something that is edible? Most certainly. There are many different types of foods that can be created. Today, we will take a look at some of the more popular types of foods designed by 3D printers. Some of these include chocolate, pasta, pizza, pancakes, candy cake toppers

It may sound like a mystery to how this would be done, but instead of inserting the specific plastic in the 3D printer’s cartridge, add melted chocolate and just need the recipe to make any type of chocolate creation. Once the computer understands the directions, it’s just a matter of time before you begin enjoying some delicious chocolate created by a 3D printer. There has even been an exclusive chocolate 3D printer that can be purchased for several thousands of dollars. The Hershey Company has also created a partnership to create many kinds of 3D printed chocolate and candy. This could eventually replace many employees that manually do this type of work.

Another food item that sounds exciting to have created is pizza. NASA was strongly behind this creation as it would help for food for astronauts on their missions. This would allow for more of a variety to eat.

The specialized 3D printer that makes pizza prints from multiple cartridges at one time. These cartridges each hold material, including cheese, dough, and sauce. The printer will print a layer of dough, which will then be cooked. Tomato powder with oil and water will then be added to print a tomato sauce. Cheese and other optional materials will then be added to finish the process. It’s amazing to think that a printer can make layers of food to create this unique food to its best potential of quality taste and nourishment.

Does it seem possible that a printer could print out durable clothing that we can wear? It is happening now. Fashion designers are thrilled about how this can add more excitement to models in the fashion industry.

What is amazing about this type of designer fashion is that clothing can be printed to the exact specifications of someone’s body, including their body’s curves and physical features.

Many believe this to be a very controversial object to be created by 3D printers, especially if put in the wrong hands. By finding the guide on how to build a 3D printed gun online, all that would be needed are the plastic parts to insert into the 3D printer. Even created with plastic parts, there is potential for much harm. 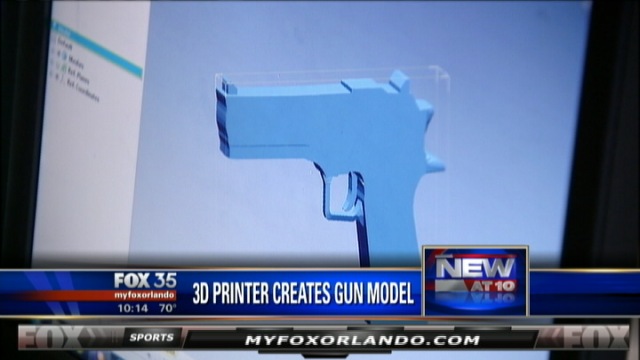 We had the opportunity to sit down with Ryan Elijah from Fox35 Orlando news to talk about the subject. In two hours, the 3D printed gun had been created by the high-tech printer. The gun did not have any moving parts and is hard to believe that the gun that was shown shooting bullets on YouTube was made of all 3D printed parts. There is much fiction being spoken about on this subject.

This seems difficult to imagine being that makeup is something that needs to be soft and be able to be placed on one’s face. After thinking about this, this could be a woman’s dream to be able to create the perfect color to match an outfit. Millions of color combinations could be created in theory.

Grace Choi created this idea while she was a student at Harvard Business School. This type of 3D printer can print creams, powders and most cosmetics that are available on the market. This could be a game changer in the makeup industry!

There are so many revolutionary ways that 3D printing is changing the face of technology and the ideas of what is humanly possible! Many creations are advancing science and is exciting to see the potential of what is possible.

For more information about the advancements on 3D printing, please click over to our archived blog area or Facebook page.