Additive manufacturing technology, also known as 3D printing technology, has been used across a vast array of industries, and now, the nuclear industry can be added to that list. According to sources from Moscow, Russia’s top nuclear energy corporation, Rosatom, is in the late stages of implementing a plan to integrate 3D printed components as replacement parts at its nuclear facilities. The project poses some substantial risk, considering that the parts must ensure safety and reliability, but due to recent advances in metal 3D printing, Rosatom is confident that 3D printed parts can serve as viable replacements to traditionally manufactured parts. 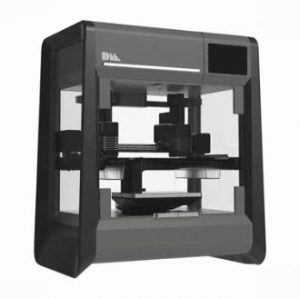 According to officials at the 2017 Atomexpo, Rosatom will use an industrial-sized, metal 3D printer which is first of its kind to be developed by a Russian firm. The printer uses the method of layer-by-layer selective laser melting, with metallic powders based on iron, titanium, aluminum, nickel, cobalt and others expected to be used as raw materials. According to the first deputy director general of Moscow-based research firm JSC Science and Innovations, Alexey Dub:

“Printing different objects with a 3D printer using layer-by-layer build-up is the so-called additive technology, which is being developed at Rosatom at an industrial level. Additive technologies make the production of complex-shape and critical parts cheaper, increase the quality characteristics of products and company competitiveness…”

Russia joins part of a global trend which has seen a vast array of countries turn to using 3D printing in the nuclear industry. General Electric Hitachi Nuclear Energy recently revealed that they are launching a $2-million project to research the use of 3D printing replacement parts for nuclear plants in order to reduce manufacturing costs and time. Dassault Systemes, a French 3D design software firm, is working in collaboration with engineering firm, Assystem, to greatly enhance the project efficiency of active nuclear plants through the application of 3D simulation and data analysis. And just to name another, German-based company, Siemens, recently made history by successfully installing the first ever 3D printed part, a 108 mm impeller for a fire protection pump, on an operational nuclear plant in Slovenia that allowed for plant operations to continue. Metal 3D Printing: The Next Big Thing in Manufacturing

Rosatom is dedicated to ensuring the safety and reliability of their 3D printed components, promising to put them under vast experimentation and testing to determine that they can withstand irradiation caused by neutron fluxes. Metal 3D printing can greatly reduce waste material from production while also increasing the reliability and affordability. The use of this technology is also incredibly more profitable than traditional manufacturing methods and also cuts research and development time. Companies across the globe have begun to transition away from these traditional manufacturing methods and integrate 3D printing into every day operations. Boeing currently uses the technology to help produce of 20,000 parts for 300 different civil and military aircraft while General Electric hopes to 3D print almost half of the parts that they will us in the complex engineered structures.