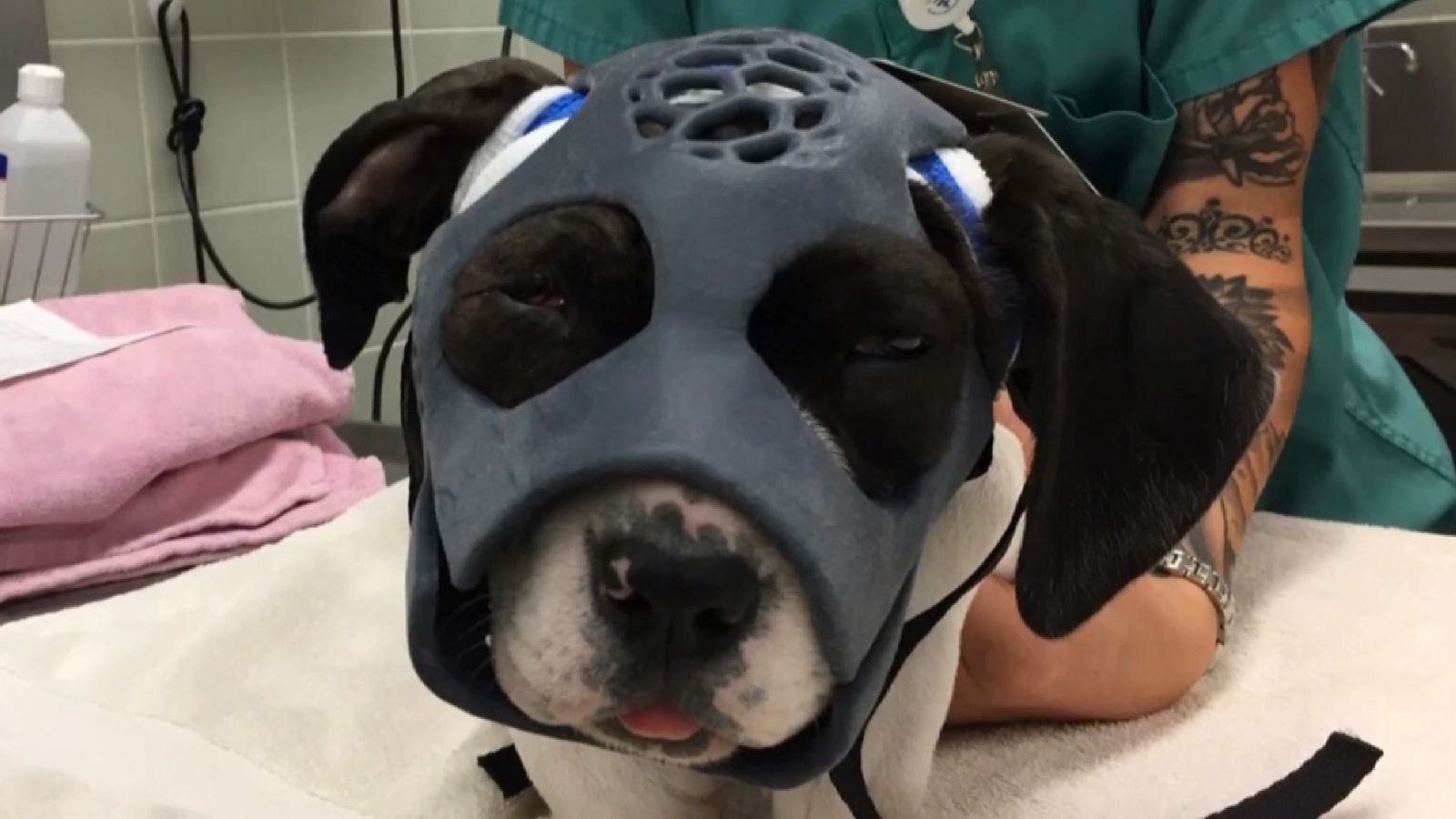 A puppy that suffered an attack from another dog in California received a 3D printed mask that will heal the attacked puppy.

Loca, the 4-month old female Staffordshire bull terrier, arrived at the University of California Davis School of Veterinary Medicine with a fracture jawbone and cheeckbone. These inuries were the result of a severe dog bite. The puppy also has a damaged temporamandibular joint, and puncture wounds on her face and neck.

Loca’s doctors saw this event as an opportunity to use a new way of treating facial fractures on dogs, which is to use a 3D printed “ekoskeleton” mask for dogs. Work on such a mask, known as the Exo-K9 Exoskeleton, was already underway due to a partnership between the veterinary school and the U.C. Davis College of Engineering.

This mask made for the injured puppy works much like a traditional cast for the arms or legs which means that this mask can hold the bones together until they heal without damaging them.

The engineers used a CT scan of Loca’s skulls to design the custom fit mask which was later printed. According to the university the injured puppy was the first patient to try the Exo-K9 mask.

After 1 month of wearing the mask, a CT scan showed that new bone was forming. Loca was then allowed to eat hard kibble to help her new TMJ become a functional joint — otherwise, it might fuse with her skull, the statement said. Another CT scan performed 3 months later showed that her TMJ healing was “progressing nicely,” and that she is continuing to recover from her injuries.