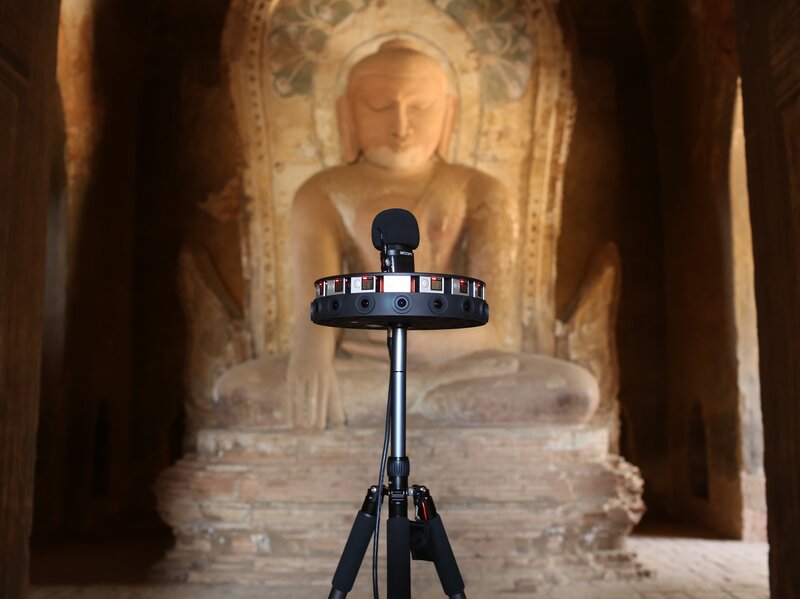 A variety of things across the globe, ranging from war to natural disasters to human-caused climate changes, are adversely affecting -even destroying – some of the world’s most precious historical artifacts. Examples of this can be seen in a variety of places including when ISIS recently destroyed many ancient Palmyran statues in Syria and earthquakes left historic temples in Myanmar in shambles. Traditionally, the only way to preserve and potentially bring some restoration to objects like these would be through pictures, drawings, remaining pieces or memory, but today there is a movement fueled by 3D scanning that is helping to accurately restore these artifacts, digitally.

Prior to the recent earthquake in Bagan which heavily damaged many temples in Myanmar, 3D scans had been taken by Google Arts & Culture – one of the driving forces behind this preservation and restoration movement. According to Chance Coughenour, manager at Google Arts & Culture. the Ananda ok Kyuang statue in Myanmar is a very unique and exquisite work. “This is a temple that has incredible murals, floor to ceiling across the inter-passageways and the inter-chamber of the temple,” he says.

The murals Coughenour references are filled with vibrant colors and images which displays important moments in the Buddha’s life, depicting the religion’s origin and a development. This temple served as a major tourist attraction, but the earthquakes have now made it inaccessible. Fortunately. the temple was 3D scanned prior to the earthquake. By taking 3D scans of the temple, the public can now access a 3D (CAD) file of the Ananda ok Kyuang and view these historic murals from anywhere. Users can essentially take a 3D tour of the entire temple, according to a recent NPR article:

“The digital renditions allow viewers to virtually wonder the halls of the temple, look up close at paintings and turn the building over, to look up at its chambers. Bettany Hughes, a historian and broadcaster, leads the virtual tour.” 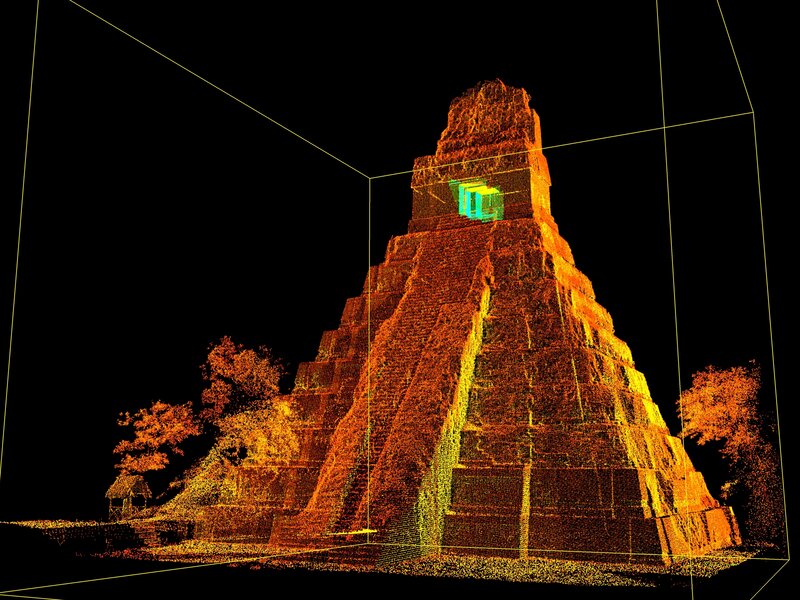 A 3D scan of a Tikal temple in Guatemala. It is among approximately 200 monuments around the world that have been scanned by CyArk. [Photo Credit: CyArk]

This effort from Google Arts & Culture is still a work in progress, as Google is still in the process of collecting 3D scan data and serces as a nonprofit within the Google company as a whole. The department works in collaboration with a variety of museums and non-profits, including the Frick Collection and the Center for Jewish History, in order to provide the highest quality images to online users.

Google Arts & Culture worked in unison with nonprofit company CyArk, which created 3D scans of historical sites, in order to produce the images of the Bagan temples. CyArk’s library of scans totals over 200 in all, including ancient Mayan ruins such as the Chichen Itza and Middle Eastern treasures like the Al Azen Palace in Syria.

The ultimate goal of these non-profits, and Google, is to provide access to these historical objects to anyone across the world today, and for generations to come. 10 years from now, many of the ancient artifacts may not even be in existence for future generations to see, therefore their preservation is crucial in order to preserve history. Thanks to 3D scanning, this is quickly coming to fruition.