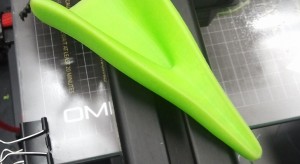 Most of us love animals, and often tune in to the wildlife nature programs aired on the National Geographic channel. Most of us also enjoy stories of how humans are able to help animals that have been injured or maimed, and give them a new start in life.

Today we’re going to have a look at one of those feel-good stories; this story includes a penguin living at the Warsaw Zoo in Poland. The reason were going to focus on this particular penguin is because its life has been saved by scientists using 3D printing technology.

The penguin had cracked and broken its beak either from falling or being in a fight, zookeepers were unable to confirm what injured the bird.  What can be confirmed is that the penguin was heading for deaths door, as it’s essential for a penguin’s survival to use their beaks to feed and preen.

Scientists plan on using 3D scanning and 3D print technology to save the life of this penguin. The scientists will laser scan a recently deceased penguin’s beak. The information captured during the scanning process will assist them in printing a highly durable prosthetic beak prototype.

The scientists also intend to print several different models of the prosthetic beak. By creating more than one model beak in various materials to ensure that any initial fitted beak can be replaced should it fall off or break again. 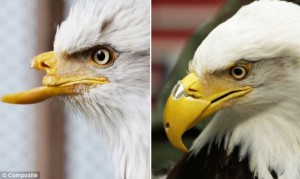 It was used, successfully, in  the creation of a 3D printed prosthetic beak for a Bald Eagle, which helped improve and save this bird’s life.

Please connect with us on our social networks, Facebook and Google Plus Page.