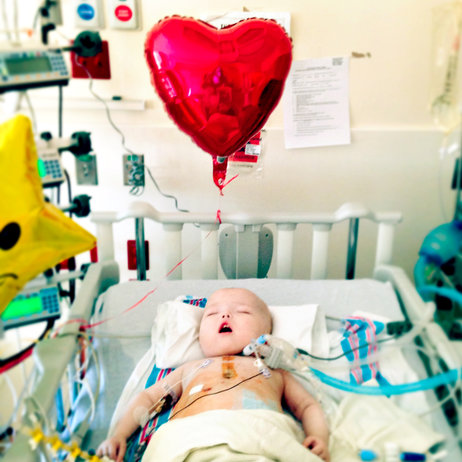 Looking after a newborn baby should be every parent’s joy, unfortunately, for the Peterson’s this was not the case. Their tiny baby son, Garrett, would often stop breathing for up to 30 seconds at a time and start to turn blue during the episodes. This was both frightening and seriously concerning to Garrett’s parents.

Young Garrett was born with a condition called tracheomalacia that affected his breathing and it meant the left side of his trachea, in his windpipe, was so weak it would collapse. That kept him from being able to breathe for a short period of time.

Young Garrett was in a real time of need. In order for his life to be saved something had to be done immediately. Garrett’s parents found a specialist at the University of Michigan and asked for help. The University had previous experience working with cases comparable to Garrett’s condition. The Peterson’s were desperate to find a solution to their son’s medical needs.

The Specialized Doctors at The University of Michigan wasted no time. They ordered a CT scan of Garrett’s windpipe. After receiving the scan, they partnered with the 3D Printing Labs, and a 3D model replica of the trachea and a splint was created using the 3d printer. 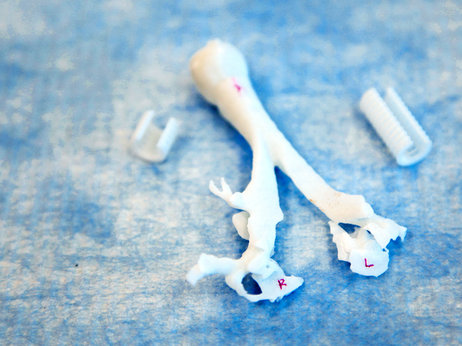 Three-dimensional printers work using materials like resin, plastic, or metals, and the materials fuse together layer-by-layer on top of each other until a 3D object is made. These types of advanced printers already successfully print clothes, food, jewelry, automobiles, and even aerospace parts. But, more importantly is used to offer solutions in rare medical cases around the world and proving to be a success.

Garrett’s case was extreme, and there was no answer for him in conventional medicine or treatments, it was quick thinking biomedical engineers that turned to 3D printing to save this boy’s life.