UK-based company, Open Bionics, is certainly living up to their company motto: ‘Turning disabilities into superpowers.’ Last week, they released their newest prosthetic arm, dubbed the ‘Hero Arm.’ This assistive device differs dramatically from traditional prosthetic arms – both in appearance and performance. Rather than imitate a biological arm, the Hero Arm embraces an artificial design. In turn, this allowed Open Bionics to create a prosthetic that allows wearers to do much more in an easier fashion.

Open Bionics’ co-founder, Samantha Payne, firmly believes this future-oriented innovation stems from the company’s 50:50 gender split amongst employees. According to Payne, “the best products are made by diverse engineering teams.” Creating this balanced work environment is quite an accomplishment as well. According to an article from Andrew Hobbs, “That diversity is no mean achievement: at last year’s UK Robotics Week, UK-RAS (the UK’s umbrella organisation for robotics research) revealed figures saying that across all science, technology, engineering, and maths (STEM) careers, 83 percent of workers are male. In coding and computer science, the figure is closer to 90 percent male and ten percent female.” Children as young as eight can be fitter with the Hero Arm.

Payne co-founded Open Bionics with a robotics engineer, Joel Gibbard, back in 2014, and since the company’s inception, 3D printing has been used to create bionic arms much more efficiently and less expensive. With 3D printing and sophisticated CAD design software, Gibbard and his team of engineers were able to produce hundreds of prototypes. The perfection of these bionic arm designs and prototypes is what led to the creation of the Hero Arm. Soon, Open Bionics will make their refined software open source which will allow both developers and users to both experiment and fine tune the prosthetic.

It is estimated that there are nearly 66,000 amputees in the UK. Despite this figure, prosthetic options are very limited. Hobbs explains:

“Most existing upper limb prostheses exist as simple hooks or grippers, offering limited functionality and mechanical actions that lack the dexterity needed to carry out many everyday tasks.” 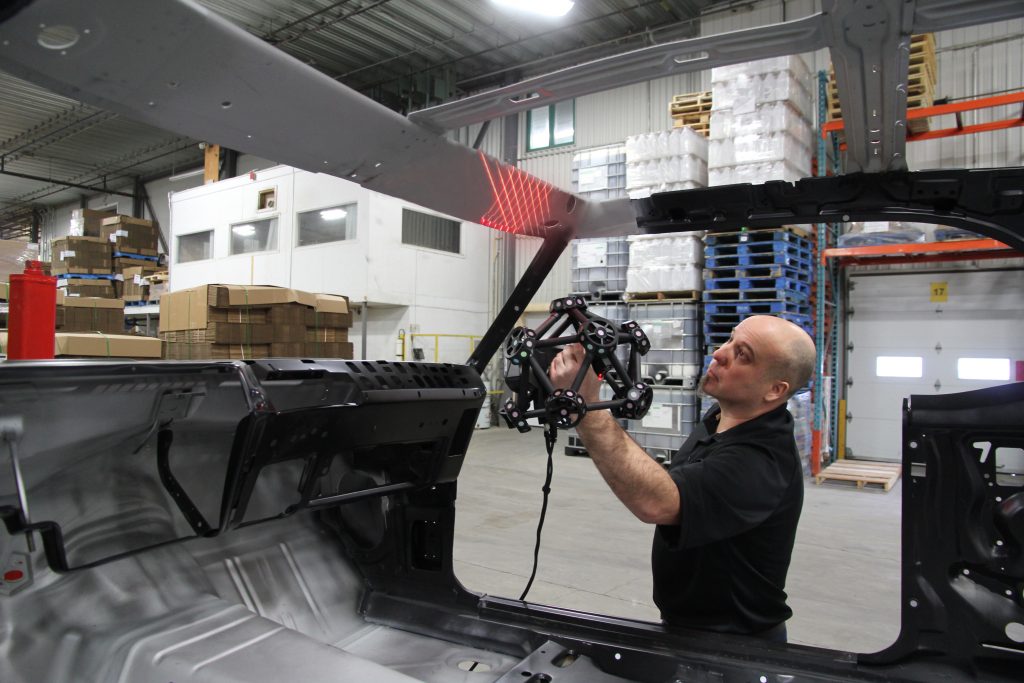 3D Scanners have a tremendous impact across a wide variety of industries.

Adding to this issue, getting fit for a prosthetic limb can be a grueling process as many refinements are required over time based of individual patients’ feedback on performance and functionality. Often times, prosthetic times can cause swelling in patients’ arms which makes this process even more complicated.

In addition to this, bionic hands are extremely expensive (sometimes costing over $60,000) – that is, until the release of the Hero Arm.  Thanks to 3D scanning and 3D printing technologies, Open Bionics saved thousands of dollars in their creation of the Hero Arm. This allowed them to make the Hero Arm ‘the most affordable bionic arm or hand currently available.’ By using 3D scanning, they are able to fully customize the design to ensure it is perfectly fitting for each individual patient. By 3D printing the Hero Arm, Open Bionics can produce a brand new prosthetic, on site and in under 2 days.

Open Bionics received much praise for this groundbreaking creation before it ever came to fruition which allowed them to perfect the Hero Arm. They have received: The Hero Arm can be customized to the wearers taste, even replicating sci-fi and Disney characters.

These awards, and the rewards they carried, allowed Open Bionics to fund the Hero Arm project.

Hobbs provides the product features in his article which commemorates the Hero Arm: