Say hello to the U.S. Army’s new little friend, R.A.M.B.O, or Rapid Additively Manufactured Ballistics Ordinance, a 3D printed grenade launcher. This gun, modeled off of a M203 grenade gun, comes equipped with a pistol grip and is made up of 50 parts. These parts can all be 3D printed, aside from the springs and fasteners, and constructed in less than 2 days. The gun can also even fire 3D printed grenades. 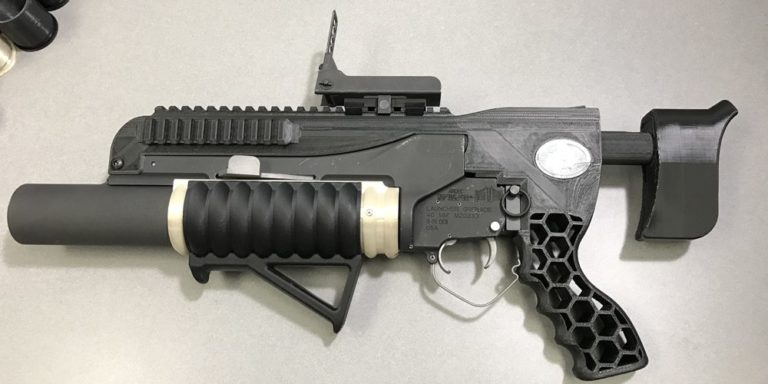 R.A.M.B.O. has been successfully fired by the U.S. Army.

Because it is 3D printed, and therefore all that is needed for the gun’s specs are the CAD files, this gun can essentially be emailed to anyone across the world and created with access to a 3D printer. The U.S. Army’s Acquisition Support Center explained, “(RAMBO) is a tangible testament to the utility and maturation of additive manufacturing. It epitomizes a new era of rapidly developed, testable prototypes that will accelerate the rate at which researchers’ advancements are incorporated into fieldable weapons that further enable our warfighters.”

The production costs and time for RAMBO are mere fractions of those of traditionally made weapons. 3D printed weapons have grown increasingly more advanced and numerous over recent years because of this. The military is currently working to equip their forces with 3D printers in order to enable them the ability to produce weapons and equipment like a RAMBO. The military has long been invested in 3D printing technology, with other weapons and even drones having already been developed.