3d printing never seems to disappoint. Major breakthroughs are constantly being made. Services are being improved, manufacturing is being improved, and education and health care are reaching new high standards due to the influence of 3d printing in their industries, retrospectively.

Living in these days, we cannot help but feel encouraged and moved when we hear of advancements that are made in medical health due to the embracing of 3d printing. The technology of 3d printing has become so advanced and successful that it is being explored in some mind-blowing and unique ways in medicine. These pioneering projects have one aim, which is, to aid the fight against serious diseases and improve the current health care services that we have. 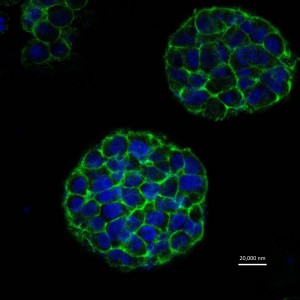 The fight against terminal diseases, like cancer, took a new turn with a team from Drexel University who successfully created live cancer tissue that had grown into tumors over time. This is a massive step and is real progress in the fight against cancer in finding a cure.

The development made by the team at Drexel University means that the door has been opened for the opportunity to test more treatments more effectively and monitor the effects these new treatments have on the progression and development of the cancer.

This news has again offered hope and a glimmer of light to those in the population that are suffering from cancer and its effects. This has offered new hope and instilled new life into the tireless workers of cancer research. This development is allowing them to see first-hand the effects and the results of treatment on real living tumors.

Three-dimensional printing has shown its diversity in the way that it has been used, in this case, in the medical field.  As a population, we are getting closer to not only finding better treatments for cancer, but ultimately the cure of it. It would be safe to say, cancer research is not only catching up, but it is on the verge of overtaking this illness and wiping it out.