NASA’s 20-year-old ambitions of manufacturing in space may soon be within reach thanks to additive manufacturing, also known as 3D printing. At the Additive Manufacturing for Aerospace, Defense and Space Conference, NASA’s Manager of Science and Technology Office, Dr. Raymond Clinton revealed how the U.S. space agency is pushing to make in-space manufacturing a reality with 3D printing. NASA has long been infatuated with the idea of 3D printing outside of earth, as their recent efforts on enabling 3D printing on Mars exemplify. By using Martian bedrock, known as regolith, they believe the metals contained within the bedrock can be 3D printed on the planet’s surface.

During his presentation at the conference, Clinton explained his belief that by using regolith, NASA will one day be able to produce “whatever you need.” The International Space Station is already capable of in-space manufacturing after being equipped with a 3D printer by Made in Space. Plans to use the zero-gravity printer to make fiber optic cables that can’t be manufactured on Earth are already in the works. Although there are some challenges in making this fruitful, NASA is working hard to overcome them and unlock a whole new world of manufacturing possibilities. 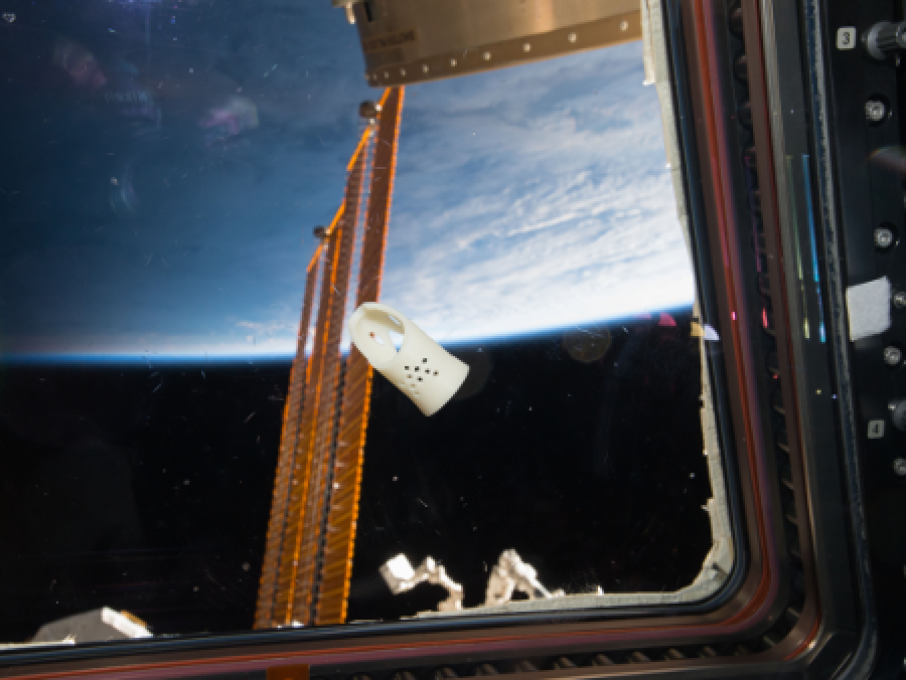 Dr. Clinton believes that if NASA want to accomplish their goals of making both in-space and Martian additive manufacturing realities, it all starts with education. He expressed that if NASA wants to reach Mars by 2035, we “Have to shift the paradigm right now.” If the rising generation holds the future leaders of the world, they must be educated on this technology so that it will be accepted and built upon. Instilling confidence into the users of these technologies, from the designers to the astronauts, is crucial. Clinton believes that this is on one the biggest challenges to overcome in order to make in-space additive manufacturing successful.