Is it Right That 3D Printers Could be Used to Create Life?

Three dimensional printers have much buzz today and it seems that it’s what most are talking about in the world of technology. Those who are caught up in all that is going on with these high-end 3D printers really do have a lot to shout about. The rapid way that 3D printers have advanced and have been upgraded in the last 20-30 years has meant that 3D printers have found their way into a range of industries carrying out a multitude of varied tasks and projects.

In the early years of 3D printing, 3D printers were used for creating prototypes of parts, components and other items used in the industrial world. The thing with 3D printers is that it seems that every single industry that they have been introduced into, has improved for the better. By using 3D printers, we are now able to experience better healthcare services and better products are now available that includes anything from phone cases, trainers, jewelry, watches, clothes, and even food. 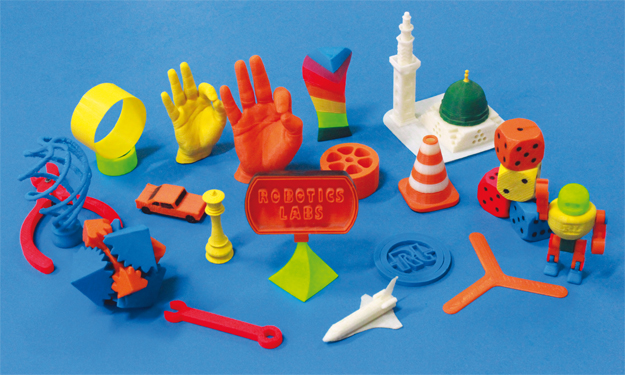 The world is constantly evolving and this is down to the fact that as a society and race, we are becoming more efficient at what we are attempting to do. At the moment, a high percentage of business is already done online. EBay, Amazon, and other smaller businesses depend on the internet for their business to run smoothly and bring in income. As 3D printers are starting to make their presence known in a variety of industries, it will only be a matter of time when they too are involved in our online purchasing.

Imagine a world where you could get whatever item or product that you need, in any desired color, and made to your own personal specifications? Then, that item is delivered straight to your doorstep a few hours after you placed the order. This is something that could be very well achievable using 3D printers. Even now as the article is being written Amazon has already filled an application to have 3D printers installed in their very own delivery vans. Items and products in reality could be created while the van is on the move at another delivery destination or drop off point. A simple code could be sent from the 3D printer in the back of the van to a message board mounted on the dashboard to say item completed and ready for delivery.  This is cutting-edge technology and really is revolutionary. This is also not too far-fetched and achievable, and you will see this coming into play in the very near future.

Just think of the money that Amazon would save on storage of all their products and the number of jobs that would be created to make sure a productive and effective fleet of vans would be on the road making all those deliveries of products. This would be a genius move as Amazon has already revolutionized the retail industry and it could be set to also revolutionize the manufacturing industry.

For those following the 3D printing industry, you will already know the wide range of items and products that can be created using a 3D printer. One thing we seem to be hearing more about is the way that 3D printers have become used in medicine. The introduction of 3D printers into medicine and into medical services has allowed surgeons and doctors to offer a higher level of services and treatments in comparison to what they have been able to offer using more traditional methods. Now, this is not at all down to the surgeons and doctors being naïve. They have already been doing their best and offering the best with what they have had available at their dispense.

What has changed is that the technology that is available today is far more efficient than that which has been available to use in the past. It is now possible to carry out facial transplants at a higher rate of success. Affordable, customized prosthetics can now be created and skull implants and transplants can take place. 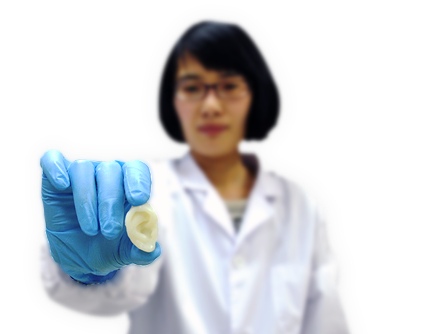 One of the hottest topics, about 3D printers and their abilities, is that of human organ creation. There has been a lot of coverage of the real possibility of using 3D printers to create human organs. With companies like Organovo already using and printing human bio tissues using high Tec 3D printers, it seems it will only be a matter of time before 3D printers could actually be used to print humans! As you can imagine, there is an ethical debate raging concerning the production of organs and possible human life using 3D printers. So is there any reason to be wary of 3D printers and the very real prospect of them being able to create living tissue and human life? Let’s find out.

When using 3D printers with living human tissues and in the creation of human organs, the process is called bio-printing. Due to the rapid advancement of 3D printers and their ability to work with living tissue, it shows just how advanced and capable this technology really is.  We heard in August 2014, that China had made the discovery and had created a printer capable of printing bio-materials.

The printer was given the name Regenovo. This printer was an instant success and created the world’s first working kidney. The kidney that was created using the Regenovo had a short life span of four months, but even at that it was still hailed a success and set a benchmark of what is expected in the future from this technology. In earlier blogs, we have heard how 3D printers had been used in the US to create a windpipe, which was implanted in a young child’s throat to make sure that she could breathe properly. It also saved the child’s life. The windpipe had been created by using the child’s own stem cells.

3D printers have been embraced in other countries and have been used successfully in the practice of creating affordable custom-made prosthetics, limbs and other medical applications. Countries which have been ravaged by civil wars and have since then become economically weak, have benefited the most. It’s in countries like Sudan, where there are countless victims of war.  Victims in such countries were left with little to no choice other than learning to cope and get on with life due to the non-existent national health care options there. There really were no options and prosthetics were not available. What the introduction of 3D printers into poorer countries has offered is a new lease on life for war victims. It offers injured individuals the opportunity of a better standard of life. Prosthetic legs are getting people back on their feet again and people with injured or no arms can be fitted with new prosthetic arms and hands. 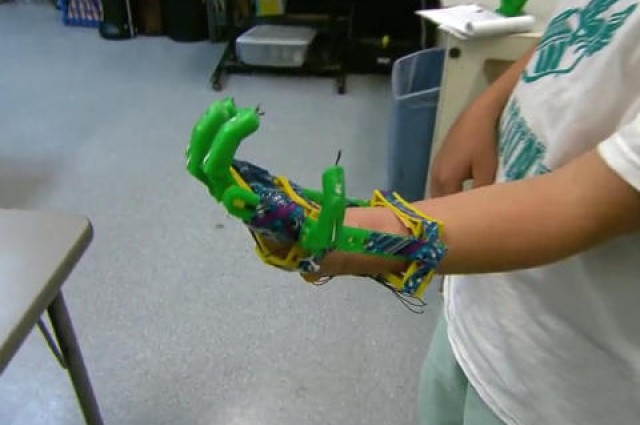 What we have seen so far from 3D printers being introduced into medicine and medical services is an improvement over all the quality of services available to patients and those in need. The most important thing in medicine is being able to provide services that can offer better care and improve the quality and more importantly save lives. This is exactly what has happened since 3D printers were introduced into medicine.  What we are seeing now in terms of progression from 3D printers is very impressive, but the best has yet to come.

There are ethical questions about how much we should be doing to the natural person. It’s a touchy subject with cases to argue on both sides. Is it right to stand back and watch someone die due to a failing kidney or through a malfunctioning heart or from common diseases like cancer? Would it be right if you had the technology that could save that person’s life by creating a brand new organ that could replace the damaged or cancer-ridden one, but rather chose not to use the technology in these cases? Some people will argue that life runs its course and we will all eventually die one way or another, but the technology is here that could save and prolong lives that would have been cut short. Surely as a society and as a global body, 3D printers should be utilized to their maximum potential and lives should be saved.

These are tough questions, but great talking points. The reality is that the way 3D printing technology has advanced, there is a real possibility that they will be used one day for creating life. Does mankind understand the power that 3D printing possesses and is humanity ready for what could be unleashed? Would we be able to control it?