The electrification of vehicles has gotten a lot of ink and airtime over the past few years as a compelling alternative to traditional fuel-powered cars and trucks.

Aerospace R&D teams and university research groups are racing to develop electric aircraft in order to mitigate the skyrocketing costs associated with aircraft fuel consumption as well as the negative impact of fuel-based aircraft on the environment. According to the International Air Transport Association, fuel represents nearly 50% of the total cost of ownership of an aircraft. This makes for a valid argument for the electrification of aircraft. And aircraft manufacturers are banking on it. 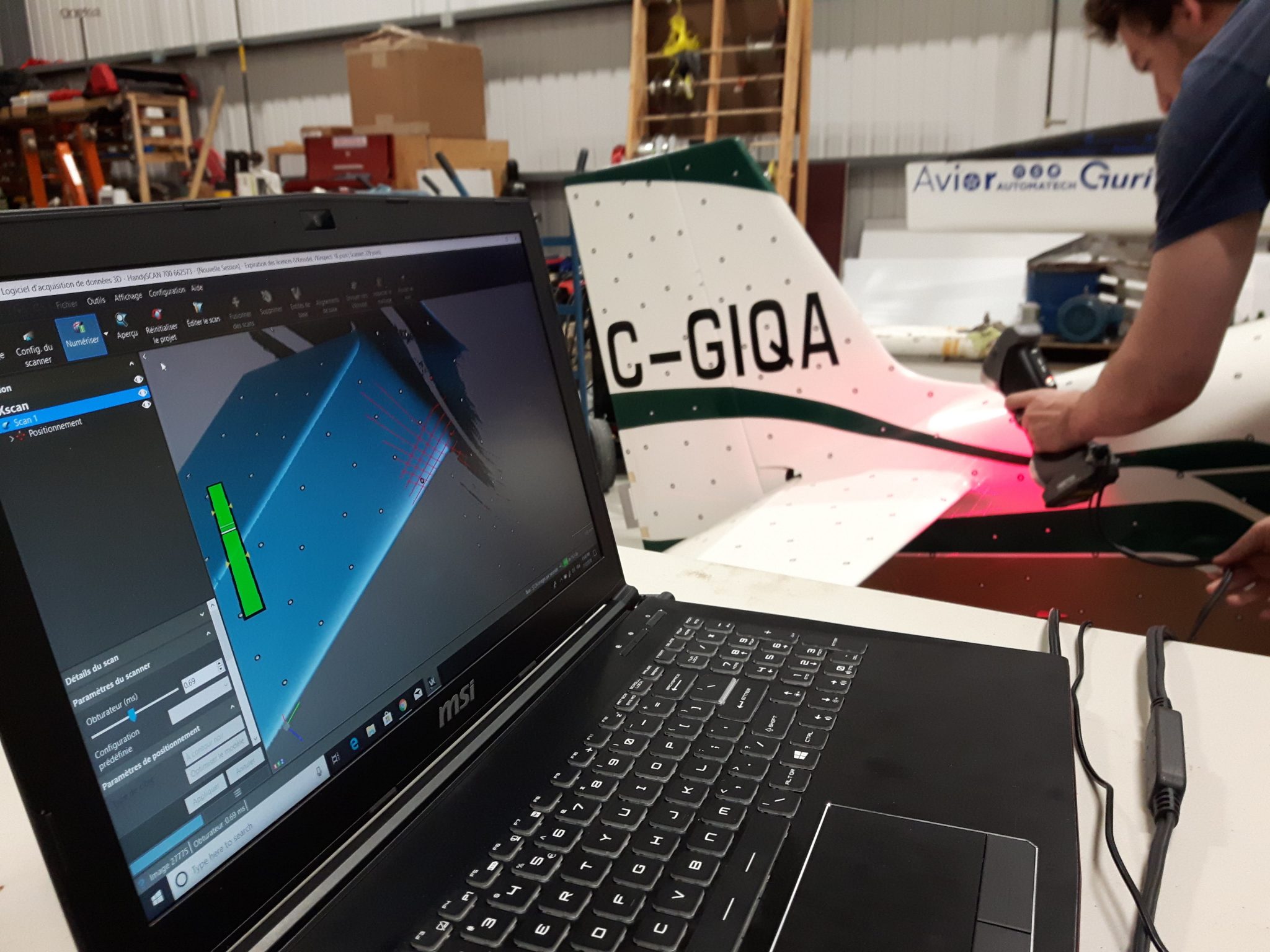 Université de Sherbrooke, located in the province of Québec, is also paving the way for electric aircraft. Twenty-one students at the university’s Mechanical Engineering department, as well as local college students, are doing their part to transform the aerospace industry. Their project, HERA (Hybrid Extended Range Aircraft) is an end-of-studies project, which will span over two years, the project consists of the electrification of a KR-2 two-seater airplane. To achieve this tremendous feat, the team has been using Creaform’s HandySCAN 3D scanner for inspections, quality control, and reverse engineering.

“The goal of our project is to prove the viability of using electricity for aircraft propulsion and develop a fully functional, high-performance prototype of an electric KR-2—the very first electric homebuilt aircraft in Canada,” explained François Lachance, one of the project’s leaders. “The project’s second mission is to share the know-how and skills we have developed over the course of the past months with other aerospace schools and companies so that they can benefit from our findings and develop their very own electric or hybrid versions.”

As a main sponsor of the project, Creaform offered the HERA team a HandySCAN 3D scanner so that various team members could carry out various dimensional inspections as well as reverse engineer the entire aircraft.

“Because the airplane was built by individuals, we did not have any 3D models. What’s more, the initial prototype was not necessarily perfectly symmetrical and some components’ actual sizes differed from those in our assembly plans.” 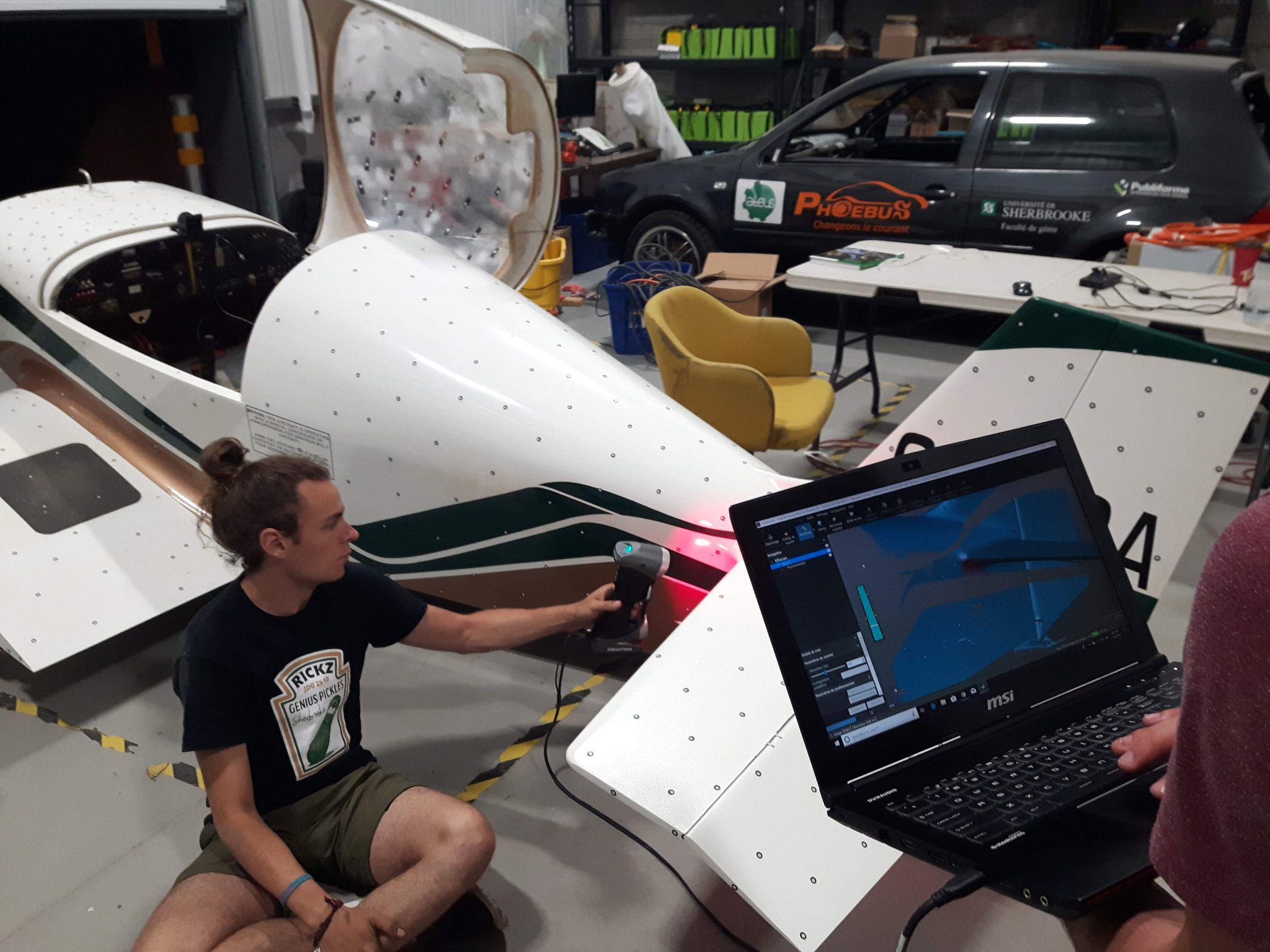 Thanks to Creaform’s 3D measurement technologies, the team was able to accurately and quickly create digital models of the internal and external structure of the aircraft—all within one weekend and with the assistance of three team members. Lachance said: “The quality of the digital model was very crucial to help us design the aircraft’s different systems.” The team was specifically impressed by the HandySCAN 3D’s portability, accuracy (up to 0.030 mm), and how easy it was to use Creaform’s VXmodel software and its scan-to-CAD features, which helped the team easily streamline their 3D meshes into CAD models in their preferred CAD software.

The HandySCAN 3D accelerated the entire measurement and inspection processes, which would have been tiresome and taken up too much time and increased the likelihood of errors had they been carried out manually. The team estimated that had they used traditional, manual methods, it would have taken them up to 300 hours to carry out the measurement and digitalization process. With the HandySCAN 3D, it took them only 80 hours.

In addition, the 3D models that were generated with the HandySCAN 3D enabled the team to conduct finite element analyses (FEAs) on the aircraft’s structure.

Right now, the team’s main goal is to prove that its prototype can fly. The aircraft will be initially unveiled for the first time at Université de Sherbrooke’s end-of-the-year engineering event and one of Canada’s largest exhibitions showcasing engineering projects in early December 2019. The first ground tests will be conducted to test the aircraft’s maneuverability and power in January 2020. At the same time, the aircraft will be also inspected by Transport Canada.

“The aircraft will feature an electric motor and very powerful batteries,” Lachance indicated. “One of the major challenges has been to design and assemble a lithium-ion battery in a safe way. This meant that we had to conduct several tests to mitigate thermal runaway as well as determine the electric and mechanical performance levels of the motor.”

In addition, another challenge that the team faced was to seamlessly integrate all of the aircraft’s systems together. “Because our airplane is a first in North America, airworthiness norms and standards have not yet been developed or certified for this type of electrical propulsion. The safety of the batteries and pilot are paramount,” Lachance noted.

The HERA team’s work was completed in a room that was dedicated to housing electric vehicles—as opposed to an enclosed lab environment. “We had the confidence that the accuracy and repeatability of our measurement results were not compromised due to the location of our work.” Lachance attributes the fact that their results were not compromised due to the HandySCAN 3D being a self-positioning device and its dynamic referencing system that locks the scanner’s position to the part, making it impervious to movements and vibrations. 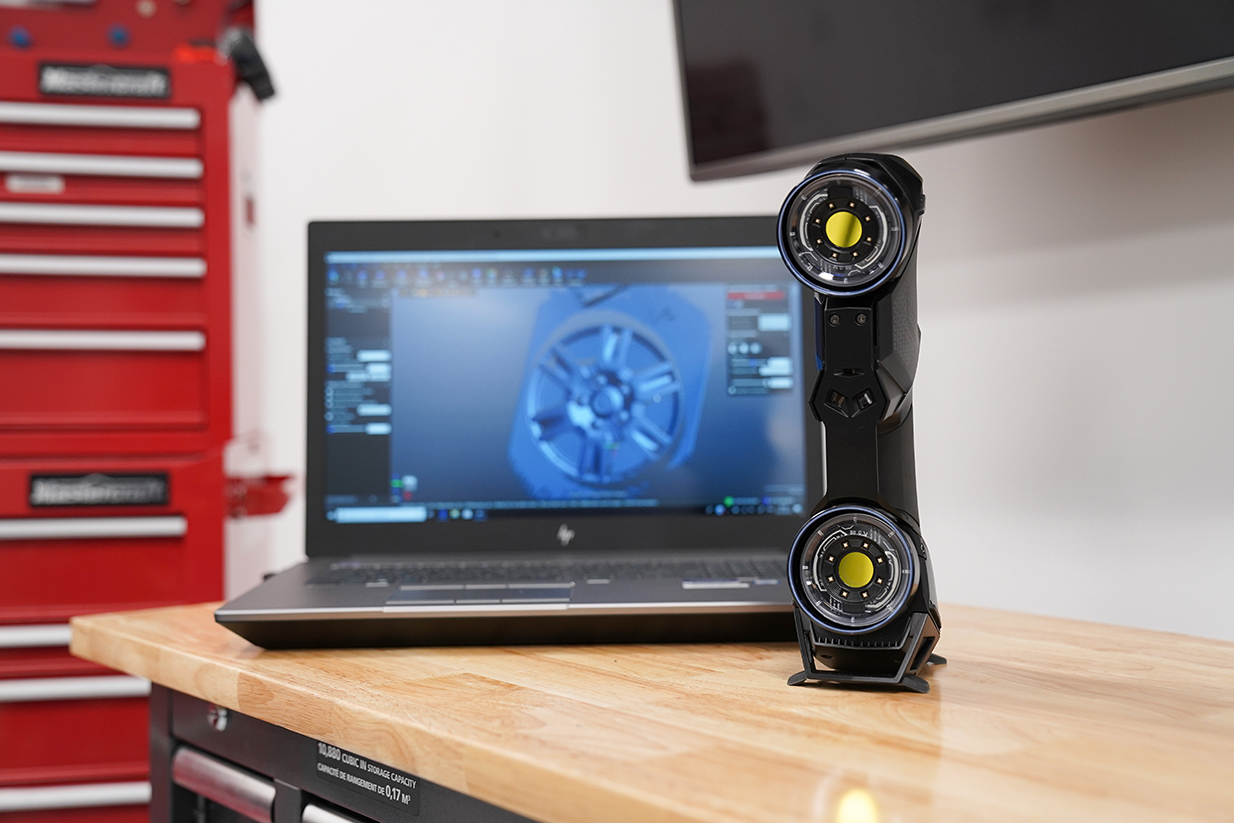 Get more info on Creaform