The development and widespread growth of technology has changed how the world functions over the past few decades. The same goes for the aerospace industry, and in 2018, where GE Aviation is set to release a revolutionary new propeller plane which functions much more like jet engine. Because of this functionality, planes using the engine will greatly conserve fuel while also producing more power than traditional engines are capable of providing. This will all be conducted within a plane sold at a fraction of the price of similar models – $4.8 million.

Although this may sound unachievable, it is possible, all thanks to development of 3D printing, an additive manufacturing technology that is making great advancements across a variety of industries apart from aerospace and aviation. GE’s dedication to the advancements in this technology have now enabled their engineers to produce revolutionary engine designs that before, have never been physically attainable. The result of this will now power a plane more efficiently and powerful in more cost-effective manor. The possibilities of what may be achieved in the future with this technology are almost unimaginable.

The need for this couldn’t be higher right now either, as the commercially, aviation is set to see some massive growth. In late 2016, the International Air Transport Association forecasted that they expect the amount of air travelers to double in 20 years – reaching about 7.2. In 2015, Boeing predicted that they would need to supply over 38,000 new aircraft up to 2035. 3D printing is providing a solution for meeting this near-future demand, and aeronautical manufactures are taking full advantage of it.

Textron Aviation has actually purchased one of these new engines from GE Aviation to install into their new propeller plane, the Cessna Denali, designed for private business flights. The engine plays a huge roll in what the plane has to offer, as it provides the luxury and conveniences of a private jet at a mere portion of the cost. The engine’s cost is significantly cheaper due to the integration of various 3D printed titanium and steel components. Traditional method use hundreds of parts the require individual manufacturing – an expensive and timely process. With 3D printing, these parts can be produce on demand and in-house. 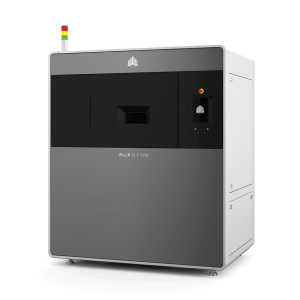 GE Aviation was also able to combine the best benefits of both turbo prop and jet technologies. A turbo prop of this magnitude has never featured jet engine technologies like this. Pressure and temperature within both the compressor and turbine are increased by the same mechanisms as normal propeller planes, which results in better performance and more power than a jet. However, at the same time, the pilot controls the propeller and engine like a jet, with a single lever. The design has allowed for 20% more fuel consumption and a 10% boost in engine power compared to similar engines.

While the engine is designed for just a small plane, the groundwork GE Aviation has laid will be built upon and developed for larger aircraft. 3D printing technology’s growth will only increase and companies across aeronautical manufacturing and engineering continue to develop new materials, printer capabilities, etc.

Other examples of how 3D printing technology has been used across the aviation industry include: