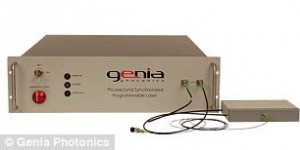 The US government acquired 3d laser scanners, which they are using in order to detect the tiniest minute discrepancies in passengers bloodstreams and also scanning carry-on luggage as far as 50 meters away. 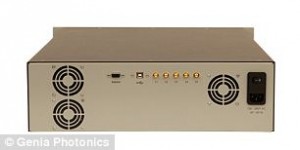 The piece of equipment uses the very latest of laser three-dimensional scanning technology, and the Department of Homeland Security has embraced its capabilities and are ready to promote its use throughout airports across the United States and also in high-risk areas.

The technology is expected to be used throughout major airports within the next 2-3 years. The process of detecting substances and weapons on passengers is not a new process, but the technology that is about to be implemented allows such procedures to be performed at high levels of speed and most importantly—accuracy. The components of speed and accuracy makes this technology and these specific scanners stand out from what is currently available on the market.

The company Gizmodo have informed us that the U.S. Government has subcontracted the work and all is in place for the order and implementation of these devices. (Read full article, here).

The scanner has the ability to evaluate captured data by using lasers to detect any chemical trace on people or packaged items, all information collected is synced, and then transmitted to a computer. The scanner has the same, if not stronger capabilities of a body scanner, the only difference the new scanners can be used up to 50 meters away (164 feet). The matter of privacy invasion has yet to be dealt with regarding the use of these scanners.