Dunlop Systems and Components To 3D Print All Tools

The tooling team at Dunlop Systems and Components had to scramble to make replacement parts for old machinery or broken tools. If they didn’t make the parts internally, they’d have to ship them out to third parties and wait weeks to get them back, causing things to slow down. As the production and engineering manager, it was up time for Mark Statham to find a solution.

Statham had been waiting two to three weeks at a time for tools to arrive, and often had customers asking to make a slight change, which would be cause for a complete redesign. This would push tasks back, causing significant delays. So when the idea of adding a 3D printer was suggested, Statham jumped at the opportunity. He learned about Markforged and discovered he could use the continuous fiber reinforcement to fabricate strong, robust tooling. “I went along very open-minded, and as soon as I saw what the printers could do I thought, why can’t we do our own tooling?” said Statham. That same day, he went to his director and told him about the capabilities of the Markforged desktop printer.

“Since we’ve had it, we’ve never looked back. It’s the best thing we’ve ever bought. Should have bought it earlier to be honest.” — Mark Statham, Production and Engineering Manager, Dunlop Systems and Components 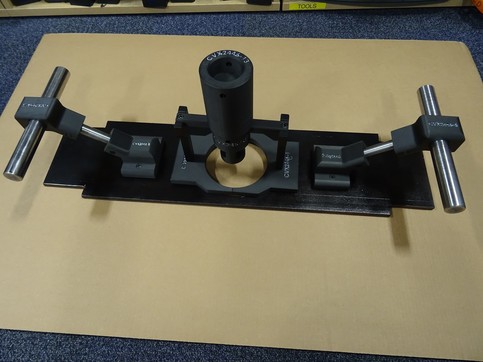 After a review was done to determine whether the printer would be a good fit, Dunlop Systems and Components purchased the composite desktop series printer from Markforged. Mark Statham was elated. “I’ll be honest, the new tooling that came onto shop floor was very sparse before we got the printer,” he said. Previously, any prototype tooling that was made was just a one-off and would be thrown away if a customer said the tooling needed to change. “But with 3D printing, we can tweak away. We can afford it now,” says Statham. Lead times have been drastically changed, with parts only taking a day or two to print.

The company’s main product is air suspensions, mostly utilized by trains and heavy machinery. One of the tools Mark’s team has made with their printer is a fixture to hold parts in place while they’re going through the process of hydraulic crimping. The original tooling was made from nylon, but the hot summers caused the nylon workholding to warp. So the team printed replacement fixtures using Markforged’s Onyx material to ensure the parts could combat the heat. Now the company’s tooling is waiting for their respective parts to arrive, instead of the other way around. The team estimated they will save £40,000 (~$50,200) each year with their Markforged 3D printer.

“Our department’s almost got bragging rights because we can now say that we don’t hold up any program. If you want something done, we can now print it within a couple of days. So we’re not holding anyone up.” — Mark Statham, Production and Engineering Manager, Dunlop Systems and Components 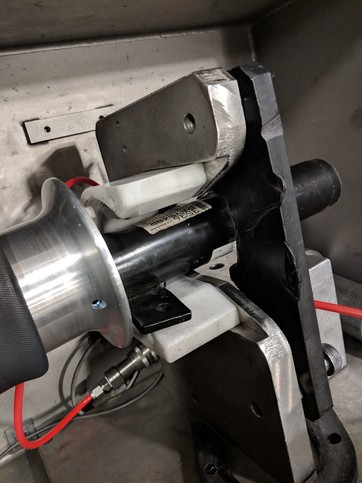 The printer is currently being utilized to print custom tooling for a beta electric vehicle. The company had previously spent a significant amount of money on the prototype tooling for the car, and have saved thousands of pounds just by using their Markforged printer instead of outsourcing it. One prototype part, for example, is a piston. It would usually cost the team about £500 (~$630) to fabricate, but now costs £15 (~$18) to print. “There are parts we would not have even thought about doing and there are parts that we would not have been able to afford to do,” said Statham. “We never say “no we can’t do it”, it’s like “yes we can. Just give us a bit of time and we’ll think about how we can print it.”