A 3D-printer company in Italy has designed and 3D printed 100 life-saving respirator valves in 24 hours for a hospital that had run out of them. The valve connects patients in intensive care to breathing machines.

The hospital, in Brescia, had 250 coronavirus patients in intensive care and the valves are designed to be used for a maximum of eight hours at a time.

The 3D-printed version cost less than €1 (90p) each to produce and the prototype took three hours to design. 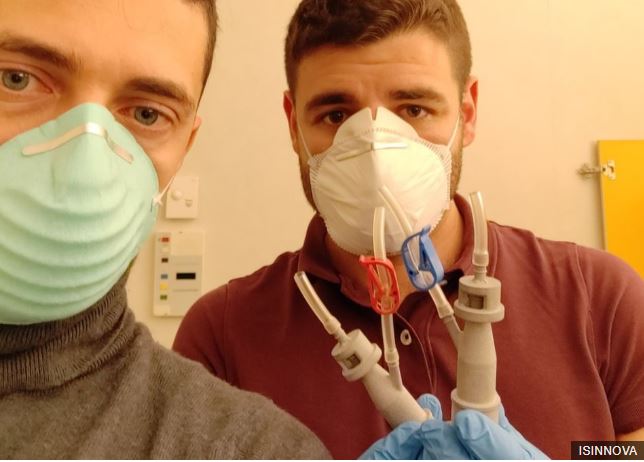 He and mechanical engineer Alessandro Romaioli raced there to see the valve for themselves – and three hours later, returned with a prototype.

“They tested it on a patient and they told us that it worked well and so we ran again back to our office and we started to print new valves,” Mr Romaioli told BBC News.

The pair then joined forces with Lonati, another local 3D-printer company to meet the demand since Isinnova has six printers and the devices take about an hour each to print. They are working for free, but they do not plan to release the design publicly. 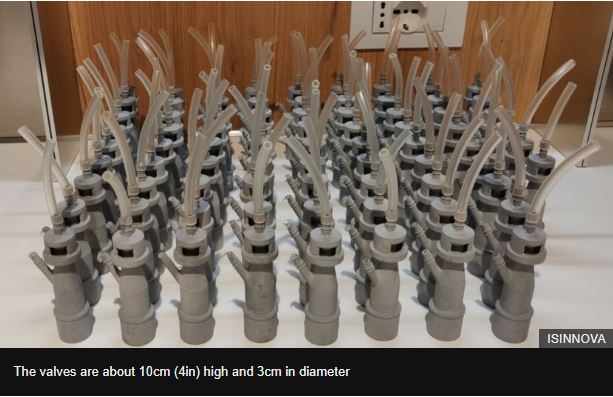 “The valve has very thin holes and tubes, smaller than 0.8m – it’s not easy to print the pieces,” Mr Fracassi said.”Plus you have to respect not [contaminating] the product – really it should be produced in a clinical way.”

Nevertheless, a second hospital had now got in touch, requesting more valves.

“We haven’t slept for two days,” he said. “We’re trying to save lives.”