Complexity of the Human Heart Cracked by 3D Printing 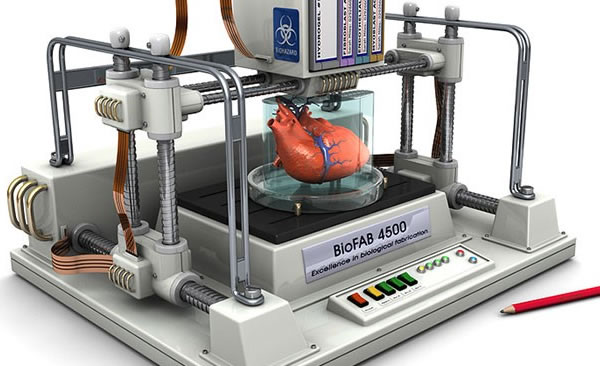 A major breakthrough regarding the use of 3D printers in medical science has been announced concerning the possible creation of the human heart using a 3D printer and Bio-printing technology.  With 3D printing, this technology seems to break the previous benchmarks set in society by other technologies. 3D printing has a habit of making what once seemed impossible… possible. This is amazing by anyone’s standards. Each and every day, people and companies are using 3D printers in their place of business with outstanding results. Saving companies money and time, along with being able to create and develop products and parts at a faster rate of speed are only but a few of the attributes that 3D printing technology offers.

Today, we will take a look at one company’s claim of being able to create a human heart using Bio-printing technology within the next ten years. Sound a bit too far fetched? It took the United States less than a decade to put a man on the moon. So, is a claim that a 3D printer could be used to create a fully functioning 3D printed human heart really be out there? Let’s take a look at what’s been happening in the world of Human Bio-Printing and the use of 3D printers. 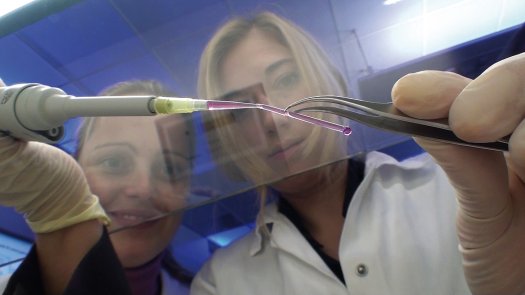 About thirty years ago, 3D printing was introduced to the world by a man named Chuck Hull. Hull is today aptly named the “father of 3D printing.” 3D printers were initially used for rapid prototyping and making smaller cast models of product parts and components. However, since its birth over 30 years ago, 3D printing has evolved into a technological powerhouse that can be used in multiple industries with high quality results. The use of 3D printing is not singled out for one individual industry, but it has a broad blanket which means that it can cover a wide number of industries and be used in a number of important ways significant to each industry.

A man by the name of Stuart K. Williams is at the head of an ambitious project that will look to create a fully functioning 3D printed heart.  Stuart K. Williams is a director of the Cardiovascular Innovation Institute in Louisville, Kentucky. His knowledge and understanding, along with the expertise that this man has picked up throughout his expansive career is behind this new challenging project. Stuart K. Williams is an expert in bio-engineering and research using surgical devices. This challenge of printing a heart from scratch materials will not be an easy journey, but are we really that far off from seeing human organs being created using 3D printers?

Scientists have already been able to print different types of human tissues and have done so for many years now. What’s new about the human tissue that can be created using the type of 3D printers that are around today is that the tissue is able to survive on its own for a period of time that has never been that was not possible using an older technology in the past. This breakthrough which has been made by Australian and US researchers, has been hailed as one of the best advancements made in bio-printing technology in the last ten years.

The amount of people who sit on donor lists and die each year due to not being able to find a match is on the increase. It seems that it’s becoming harder to find a suitable match and not only that, the body itself has to accept the transplanted organ. What if the future looked like a place where the donor list was cut dramatically or there was no donor list? What if we lived in a future where an individual could pre-order the body part or organ that they needed when they needed it? With 3D printing already being used in creating high quality prosthetics for adults and children around the world, the way this technology is heading, we will soon be seeing pre-ordered body parts being created within the next 5-10 years. Today, we already have the 3D printing technology that can print off the living human tissue, which can survive for a period of time. This shows that 3D printing is heading in the right direction regarding its advancement. The future of 3d printing is something of a mystery, but what we can predict is that the future concerning 3D printing will not be a boring one.

The beauty of using a 3D printer is that one day you could be printing off your own unique mini figurine and the next day you could be undertaking a project that involves trying to create a complex human organ. Most can agree that nearly 99% of anyone reading this article will actually go on to printing a human organ and that is down to the complexity of the task and the high accuracy and knowledge that will be needed to make it a success. What I am trying to do is paint a picture of just how versatile the 3D printer is and the multiple uses and possibilities that it possesses. Although the process in which creating a mini figurine and creating a human organ using a 3D printer is a fairly similar process.

The printers used for creating figurines and the printers used for creating human organs are both filled with the material that need to be used to make the project a success. So the mini figurine cartridges would be filled with plastic filament and the cartridges creating a human organ would be filled with complex formula that would include a human tissue cell like substance. Both items are created by the materials in the cartridges being pushed out the nozzle fitting of the printer and a layer is built upon a layer until the object has been completed.

There is a tremendous amount of activity around the world of 3D printing and rightly so. This technology does nothing but impress each time it’s called upon. It seems that three dimensional printing has no real limits as it pushes through the boundaries that are currently set in society. Society is living in the digital age and people are consumed with technology and its capabilities. The beauty of 3D printing is that it has been around for thirty or so years, but it is still in its infancy stages of progress and development. What we are seeing now with the use of 3D printers will be nothing to what we will see or what will be capable using this technology in the next 10-15 years.

3D printers are powerful pieces of machinery, in fact, using a 3d printer in most cases, is a massive game changer. This technology is due far more credit and attention than it’s currently getting. Society and the business industries throughout the world are changing daily to meet the demands of human need and consumerism. At the source of many of those changes sits the humble 3D printer. You may never even touch a 3D printer in your lifetime (quickly becoming unlikely) but you can guarantee this you will most definitely come into contact with an object or item that has been created or developed using 3D printing technology.

It is the unending research and developments that are being made with this technology by the engineers behind the scenes that are helping society move on from the stage that it’s in currently in and into the next phase of history.

In the area of human bio-printing, positive advancements have been made by using a 3D printer. Scientists have been able to create highly complex bio-ink. The makeup of the bio-ink consists of stem cell and cell tissues that are extracted from a patient. The bio-ink is then printed in layers and the layers fuse together and start to grow and form human tissue. At the moment, there has been successful trials that have produced living bladder tissues, kidney tissue and blood vessels, this is an incredible achievement and opens the doors to unthinkable possibilities for the future.

Recently, a team at Washington State University, printed off bone material which was implanted in a human patient. The bone material implanted was monitored and it showed that it grew along the broken bone. Within a week, new bone had started growing. The 3D printed bone material has now dissolved, leaving new bone material in place and healing the break, the new bone is getting stronger every single day.

Food, we all love it and need it to survive, but what does food and 3D printing have in common? Believe it or not, 3D printers are being used to create food and not just any food but edible food. From pasta to pizza and many types of edible candy, they have all been created using 3D printers. This shows the versatility of this technology, creating human bio-ink one day and chocolate, pizza and pasta the next day. Different types of printers would be used for each project as they have all been adapted to carry out the individual tasks at hand.

The technology of 3D printing may not be for everyone, but one thing is for certain, this technology is becoming more popular as the days go on. 3D printers have had a massive influence in the way industry and society has been shaped today. You can rest easy that it will have a major say in the way our future is developed and shaped.