When Chuck Hull invented 3d printing technology all those years ago, is it possible he had any insight into how popular it would become? Did he know how it would take off and become an integral part of society?

Having the ability to produce quality products that involves less waste, lower costs, and is less time consuming are only a few of the many significant positives this technology possesses. 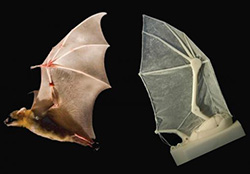 Inventors and artists all around the world now have access to the technology capable of bringing any ideas to life. That ability is thanks to further advancements of Chuck Hull’s invention of the stereolithography in 1983.  From mobile phone cases, shoes, consumer goods, racing cars, jewellrey to foods in outer space, each of these areas have been influenced for the better by using 3d printing technology.

Try to imagine a world where instead of waiting days, or in some cases weeks, for a replacement part to be delivered it could actually be created as a prototype and printed as a fully functioning component by the end of the day at a person’s home? Well, there is no need to imagine it any longer because those days are here and opportunities are available now.

Recent times has shown rapid development of laser scanners and three-dimensional printing services both have dropped dramatically in price rates, they much more affordable. This allows more people the chance to purchase it for their homes.

The myth of only scientists and qualified engineers only being able to understand the functionality of these machines has been squashed. Most of the machines in today’s market are easy-to-use and allows users to hook up the equipment in a matter of minutes.

It is estimated that in the next decade 3d printers will be as popular in the home as a flat screen TV. This technology is here to stay and it appears it will only improve  and speed up the process of making quality products.