Biggest Advancements Being Made in Medicine With 3D Printers 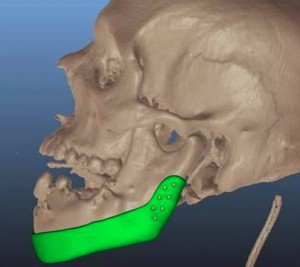 There is a lot of hype regarding the technology of 3D printing as these highly advanced pieces of machinery are more than capable of doing extraordinary things. It seems with 3D printing, previous technology set benchmarks in multiple industries, can be surpassed and reset using this powerful cutting-edge technology. There has not been, on record, any industry that has not been affected and improved for the better after 3D printers were introduced into their working module.

Three-dimensional printing is not for the faint at heart. It takes for its user to be able to hold their breath and journey into the unknown to see these printers shine the brightest. Today, we will turn the focus and attention to the progress that 3D printers have made in the medical world. We can all remember films from the past where items and even human parts could be replicated at the touch of a button, strange or ingenious. Whichever way you look at it, technological advancements today mean that we are not too far away from making this happen.

It would have been once deemed something out of a science fiction movie that a machine was capable of printing off human cells and organs, but today, human skin cell tissue can be printed off and human organs are not too far behind. Today, 3D printers are so far advanced that they are able to use the patients’ own skin cells to replicate and create new skin.  This created skin can be used for skin grafts and this has improved the standards of care and health service options for patients who have been involved in accidents where they have received severe burns and skin tissue damage. Stem cells are amazing and have the ability to develop into various types of tissue around the human body. These amazing cells are now, as mentioned above, being created in labs in different countries all over the world.

The progress that has been made concerning the 3D printer and its ability to replicate and print off human skin cell tissue is remarkable. It will only be a matter of time where scientists will be able to replicate, create and grow human organs in their laboratories. The ability to create human organs will allow more accurate testing on human illnesses such as cancer and diabetes. Medical scientists will now be able to see firsthand and monitor the effects of new treatments and how the organs react in either a negative or positive way to the treatments carried out on them. This has the potential to radicalize the healthcare industry as a whole.

Imagine a world where the major illnesses that take thousands of lives each year could be wiped out and eradicated forever.  Imagine living in a world where if you needed a certain body part or organ, that you would no longer have to wait years on a donor list waiting for a suitable match. Or imagine a world where patients could have what they need created and surgically implanted in a matter of hours rather than years? The truth is that this is exactly where we are heading if 3D printers continue to advance and influence medicine in the way that they have done.

Another discovery in medicine concerning the use of 3D printers is that blood vessels and heart tissues are being created. The heart tissue actually beats in rhythm like a real heart.  This may seem trivial, but this will change the face of surgery forever. Check out what human bio-printing company, Organovo, thinks about it.

One of the best characteristics of the 3D printer is that it has the ability to not only change someone’s life, but it can also save that life too. With the world media covering the civil war in Syria, it is easy to see the brutality and the effects of that war on the people fighting and the effects on innocent civilians. One 23-year-old man fighting in the civil war had his life dramatically affected while undergoing a violent street battle. Multiple gunshots crossed in every direction as this young fighter suddenly slumped to the ground. He had been hit by a bullet and was hurt badly.

The young man was rushed to the nearest place that he could receive emergency medical treatment and the nearest hospital was called Rambam Health Care Campus – Hospital. On his arrival, he was clearly in critical condition and his life was hanging in the balance. He was further assessed and the medics found that the bullet had shattered his lower jaw and left him unable to eat or speak. The prospects and quality of living a normal life again was incredibly slim and the future did not hold much hope.

What was different about this case was that unlike before, there was a tried and trusted practice that was reliable and well within its capabilities of saving and leading this man to lead a normal life again. This case was different from others in the past, as 3D printing technology was available to use. This had already been used in similar medical emergencies and operations all over the world. The patient was transferred to the oral and maxillofacial department. The doctors closely looked at the injuries and what was left of the patient’s face and jaw structure to get a clear picture of how to go about correctly treating this patient and rebuilding his face.

This case was made more difficult than normal as the Israeli doctors treating the patient had no medical records or history of the patient. Nor did they have any idea of what his jaw may have looked like before the injury. The doctors only had one real starting point and that was to take highly detailed CT scans of what was left of the man’s face. The team also had access to a large database of other male jaw models and it’s from those other jaw models that the doctors found the best match and a new jaw model which matched his face and what was left of his old jaw.  The doctors then used the data that were collected from the database that they had access to and the dimensions and the mathematical build up of the man’s real face. The doctors were able to develop and create a new custom-built 3D printed mechanical jaw, which was made from titanium material.

The Israeli Health and Defense Ministry, along with a company called, AB Dental, provided the patient with a new jaw at no cost.  Incredibly, just one day after the patient’s new jaw had been fitted through surgery, the patient was able to sit up in bed and communicate freely in speech and was able to eat food again. It is in cases such as this, that we can see a small glimmer of the possibilities that can be achieved using 3D printers in medicine. This case involved a young man caught up in civil war and his future did not hold much hope. Thanks to advancements that have been made in the medical world and the increasing use of 3D printers in more surgeries, this patient, and many others, will be given a higher percentage of surviving some of the worst injuries that can take place.

Patients that have undergone mouth cancer surgeries now have a hope that their face can be rebuilt using 3D printing technology. It is the 3D printer’s ability to offer hope where there was once none, to offer a better standard of living. 3D printers are powerful and are at the forefront of cutting-edge technology. They have already revolutionized the manufacturing industry. Hobbyists can now bring their own ideas and products to life in a range of 3D printable. The future of civilization is in the process of being shaped and molded and one of the biggest players in shaping the future is the technology that we have at our fingertips. 3D printers have come a long way since their first appearance over thirty years ago. Today’s printers are far more advanced and are capable of carrying out more sophisticated printing work.

The one thing that you can be certain of when it comes to three-dimensional printing is that the future will not be a boring one. There are endless possibilities when using a 3D printer and this must be taken advantage of if we are to see this technology at its full potential.