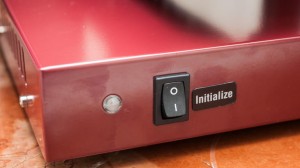 Following the pioneering breakthroughs that 3D printing has been making, there is much to be excited about with this new technology. It is the type of technology that pushes the envelope and forces you to “think big” or “outside the box”.

It is very powerful and influential it appears to have the Midas touch. It is already responsible for improving every industry that it has come in contact with it.

Three-dimensional printers has the ability and means to change life as we know it; the radical transformation in the way things are done has already begun.

Three-dimensional printing has evolved and advanced at a rate that not even the inventor, Chuck Hull, could have imagined. Everything from 3-D printed cars being created in the U.S. to 3D printed houses being built in China and Holland, this technology has gone global. It’s progressive and causing a technology revolution.

It’s possible we are realistically looking at future where life expectancy increases to over a hundred, as 3D bio-printing is being used to research and to successfully print replicas of human skin, kidneys, and even prosthetic limbs.

The rise of the 3D printing phenomena within the medical/healthcare has been gradual; however, the gradual rise now has it firmly planted at the top of pioneering surgeries, and a go-to resource on which groundbreaking treatments are being invented.

Boeing, the aerospace manufacturing giant, implemented the use of 3D printers for several years to manufacture their products and equipment. NASA is working towards printed food for astronauts living at the space station.

The constantly new developments across every sector is both exciting and dramatic, especially what has been happening within the medical field. Physicians that have turned to this technology have been capable of saving lives with nothing else was available.

The newer applications of 3D printing is opening the door to things once viewed as impossible. Brace yourself for better quality healthcare services, healthcare products, and higher quality effective treatments.

It’s incredible ability to make what was once impossible possible is quite capable of altering the technology landscape from here on out. How we do things now will certainly be almost unrecognizable in 50-75 years, and 3d printers will have played a major part in that change.

How 3D Printing will Radically Change the World