Airport security is reaching tighter levels with the likes of Heathrow airport implementing the use full body 3d scanners. People who act suspiciously are being taken and are requested to take part in the full body scanning technology that is in place. Heathrow officials have stated that the use of this technology has been instrumental in the fight against terrorism and drug smuggling. 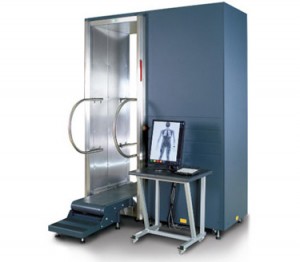 With the use of laser scanning equipment local enforcement has seen a decrease in attempted terrorist and drugs activity, and with the use of the older methods of using sniffer dogs, combined with this new cutting-edge technology, they hope to decrease it more.

Staff members at the airport are trained specially in people profiling, and are now able to determine and single out suspects, due to suspicious behavioral aspects being out of the ordinary. It has also been discussed that there could come the time when terminal entrances might be closed down for a span of time, to allow and disperse possible extra surveillance.

The body scanners will be used randomly and are going to placed in each of the 5 terminals at Heathrow airport, at £100,000, a machine it is a clear message to those involved in crime and terrorist activities that the noose is tightening and the fight against criminal activities is getting more full-on.

In the recent months, staff were selected and requested to take part in behavioral analysis. The training was to help those taking part familiarize themselves with passengers who were acting strangely and/or out of character. Any passengers who were detected and singled out were reported to the police and airport security for closer investigation.

The use of 3d scanning technology is not only improving the security of a nation,  but also its daily use in many of the leading business’s of the world proves that this technology and the advancement of it is helping add quality and security to many lives.