NASCAR racing team are constantly looking for a competitive advantage, both on and off the track, but with strict rules and guidelines, finding an upper hand on the competition can be quite challenging. BMI Corporation, a company specializing in computational fluid dynamics (CFD), is helping to change that for some team by providing cars with unmatched aerodynamics by using state of the art 3D technologies such as 3D laser scanning and reverse engineering software. 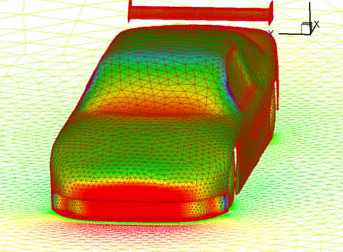 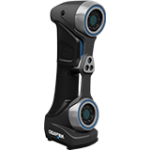 “CFD is a critical tool for refinement of cars racing in a NASCAR series. It helps us to visualize the changes that will translate to more speed. Other teams rely on wind tunnels, but the results are inaccurate. Interaction with the floor, walls and ceiling can throw measurements off by 20 percent,” Henderson said. Some teams are adopting in-house CFD, however, according to Henderson, “Our edge is the expertise in performing CFD simulations and interpreting the results.”

To boost their expertise in CFD. Henderson recently hired aeronautical engineer John Anastos at BMI’s sister company, Advanced Vehicle Research (AVR).  Advanced Vehicle Research provides aerodynamic analysis and computer aided inspection for not only these NASCAR teams, but also for Indy Race League, Formula 1 and Champ Racing teams. Since coming on at AVR, Anastos has made some beneficial changes, especially with the integration of 3D laser scanners, Geomagic Design X, and other advanced software programs. Anastos and his teams use these 3D laser scanners to create point clouds of the entire car and then processes these point clouds into surface data with Design X which fuels their cutting-edge CFD programs.

The laser scanner produces point clouds that define the entire car, including the undercarriage, and the software from 3D Systems processes the point clouds to produce surface data that fuels the CFD programs.

Anastos said, “The 3D scanning process is essential because each car is unique; they are basically handmade.” He also noted that scanning the undercarriage is critical in the analysis because this is where downforce is created. “We tune the car’s design to accelerate airflow along the undercarriage. It acts like a plane’s wing, only in reverse,” he said.

According to Anastos, AVR looks for minor adjustments, some almost undetectable, that yield an increase in available horsepower. He said, “With NASCAR’s stringent rules, cars are closely matched, so these small changes can be the difference between winning and losing.” NASCAR’s templates give teams only 0.070 to 0.50 inch design latitude. He continued, “On a track like Atlanta Motor Speedway, a five percent decrease in drag is the equivalent of a 25 horsepower (hp) gain, which gives an increase in lap speed of 0.5 mph. On the same track, a 0.1 increase in downforce coefficient gives an increase in lap speed of 1.8 mph. It would take a 70 hp gain to get the same results.”.

“Without a smooth, precise 3D definition of the car, our CFD results would not be accurate enough to detect these fine adjustments,” said Anastos.

In order to ensure that the point cloud contain every little detail of a car, AVR conducts about 150 laser scans of an 8-10 hour period. Around 20 millions points are acquired throughout this process. Upon 3D scan completion, the point clouds imported into Geomagic Design X, where the noise, unnecessary artifacts and duplicate points are removed, reducing the point cloud to around 5 million data points. 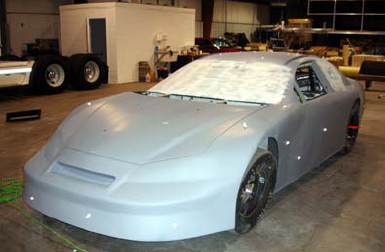 Anastos uses Design X to align the individual scans to one another and merge them into one data set. “As I am merging, I use the software’s Accuracy Analyzer to check that the overall dimensions accurately reflect the car,” said Anastos. He then deletes markers, fills gaps in the point cloud and massages the 3D data. “During this step, I really enjoy the automated processes that 3D Systems offers. For example, the one-button healing function, which checks and repairs defects in the scan data, is huge. It saves me so much time; I don’t know what I would do without it,” he said. Anastos notes that Design X is very comprehensive yet simple to learn. “With a background in CAD, Design X is rather intuitive. I found it very easy to learn, and the software does everything I need it to do,” he said.. 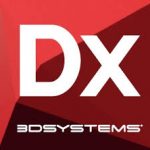 Design X features innovative NURBS surfacing tools which allows Anastos and his teams at AVP to easily build a CFD-ready model. The CAD data created within Design X is parametric, allowing for easy editing of the model throughout the process. Upon completion of the surfacing, the model is imported into AVR’s CFD program. From there. AVR analyzies the shell of the car using the CFD program to observe the small, yet performance enhancing changes that have been made. Following this, they add parts ranging from the undercarriage to the tires to the spoiler, analyzing each in the same fashion.

“We do the build up so that we can see the incremental changes and the cumulative effects of each part of the car,” commented Anastos. Once AVR achieves optimal drag and downforce, the car goes to the test track or wind tunnel to confirm the analysis. “Others start with the wind tunnel. We turn the process upside down,” Anastos said.

AVR continues a trend we have seen in the automotive industry, as well as in the sport automotive racing. As NASCAR pushes for their cars to be designed safer, AVR’s challenges will only increase. However, thanks to innovative technologies such as 3D laser scanning and reverse engineering software, they believe they have an upper hand.

Anastos said, “For the Car of Tomorrow, we will be playing with flow on the undercarriage. This is where the race will be won.” 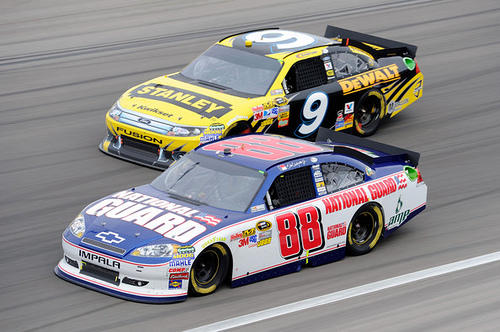 Racing for the finish line with the help of 3D Laser Scanners and 3D Systems’ Geomagic Design X.