Scientist who are based at Cardiff University in the United Kingdom have been using 3d scanners in order to benefit those in society who have been affected by strokes and are in need of facial surgery. The pioneering tests have been collecting the needed data from 3d model head movements of the patients. The technology is advanced enough that it has the ability to capture and record accurate facial movements of two individual people at the same time even when they are conversing. 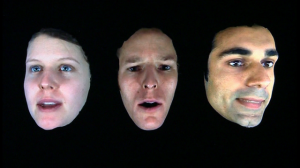 By using 3d scanning technology, it produces highly-accurate-detailed-analysis that is far more efficient than the older method, which was to watch recordings and directly observe the patient. The scanning technology easily captures and converts images while the scanning takes place; these images are collated and are re-formed as an actual three-dimensional graphic image of the patient’s head.

Laser scanning technology is incredibly advanced these days and is influential in many business industries throughout the world. The benefits are adding to the quality of products available on the consumer market. More than that, just like this study it is bettering the lives of those in need of ground-breaking treatment in the medical field.

The very first introduction of 3d scanning was in the early 1960’s. Since then it has had its critics like every other new product and technology advancement arriving on scene. The technology back then was able to use projectors and light with the aid of cameras to carry out required tasks that were needed. As you can imagine the equipment, then took a lot of time because it was in its early stages of creation and had many limitations. However, it was still able to scan objects accurately, but the whole process was time consuming.

Today’s models use white light, lasers, and methods of shadowing to enable the objects surface to be captured to the highest of accuracy and at an astonishing rate of speed.