Humans are believed to have originated in Africa some time ago. One side believes human migrated out 120,000-130,000 years ago – in small groups, while the other believes the migration to have occurred between 40,000 and 80,000 years ago. However, a recent discovery in Israel may discredit both of these claims entirely. Inside a cave in Israel, archaeologists have found a jaw-bone they believe to be human. Using three different dating techniques, researchers have confirmed that this bone – which still contains teeth – dates back between 177,000 and 194,000 years ago. 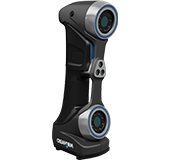 This discovery, if proven to be true, would completely discredit any previous beliefs in when humans began migrating out of Africa into the

Middle East. Archaeologists have conducted multiple 3D scans of the jaw and teeth in order to compare them to similar fossils from humans and their relatives. According to the archaeologists, the curvature of the palate and the position of both the cheekbone and nasal cavity all appear to be that of a human.

“It has a lot of implications by saying the biological history of our species is much longer than we previously thought,” says Israel Hershkovitz from Tel Aviv University, the biological anthropologist who led the dental exam.

Hershkovitz wants as many opinions as possible from experts around the globe. In order to make this possible, he is aiming to be able to 3D print one of the 3D scans that have been taken. By doing this, archaeologists would be able to see the jaw bone and teeth up close and report their impressions to him.

The ability to open up a study like this to a wide range – and variety – of people is one of the greatest benefits 3D printing has provided to the world of research. The ability for a researcher across the globe to simply 3D print a part for observation and analysis has greatly benefited the determinations or results of specific studies.