3D Printing Making its Move in Hollywood and Medicine

The value of the film industry in today’s world is worth billions of dollars. More films are being made each year with a range of strange and wonderful characters. This has made the job of costume designers and make-up artists more difficult as they try their best to create and bring the characters in these films to life. It is also very important that the characters in these films are realistic and believable to make the film a success and draw in cinema crowds in hopes to smash box office records. 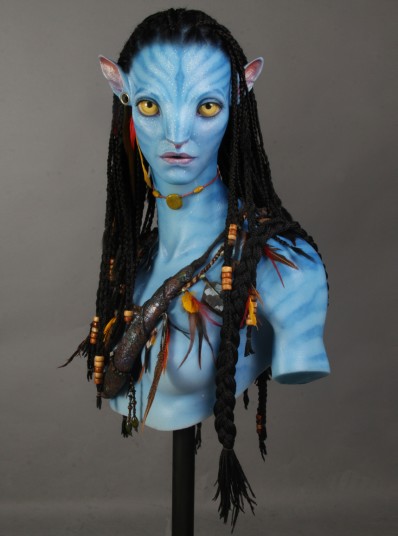 Due to the high demands for quality effects in cinematic productions, it has forced film studios all over the world to look into ways of creating higher detailed costumes and film props. This has led to an increase of costumer designers and creators turning to special effects companies that have access to 3D printers.  By using 3D printers in costume creation and in the process of designing, outfits can be created in no time at all with the end results visually stunning.  Now, as you can understand, the process can be fairly expensive and the days of actors standing around nearly naked while being covered in plaster cast are all but extinct.   Actors can have their character costumes created today in lightning time.  The process would involve the individual being 3D scanned with a high quality 3D laser scanner, the data collected while the 3D scanning takes place is called scanned data. It is from this scanned data that the perfect fitting costume can be created unique to the person that has been scanned.  In the recent Robocop film, Robocop’s costume was designed and created using a 3D printer. Check out the process below. 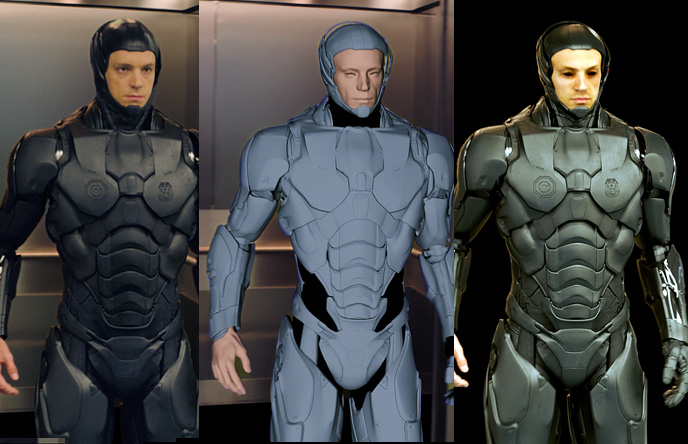 And the finished results below… 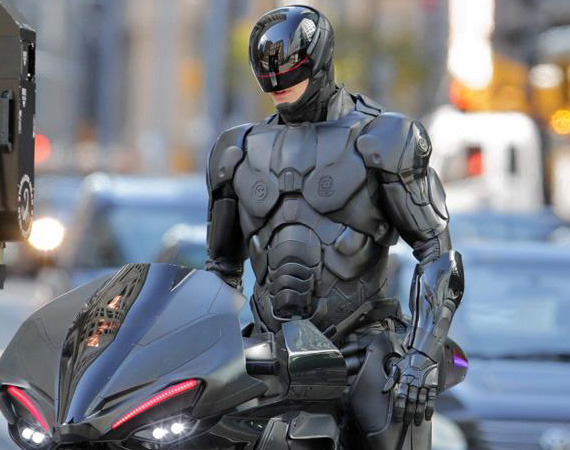 It is easy to agree that the finished results are very impressive. It would also be fair to the days that the process of costume design and development has been revolutionized through the introduction and use of 3D printing technology in this industry.  There is no longer the need to wait many hours on costumes being hand-crafted and created only to find that once they are ready, that they don’t fit or that they lack certain characteristics. Using a 3D printer allows designs and ideas to be brought to life rapidly and with high levels of success and detail.  The film industry is not the only industry that has benefited from the introduction of 3D printers. In fact, the film industry has evolved like every other industry and the fact that 3D printing has been introduced only improves it and takes it to a higher level that it was previously at.

Another area that 3D printing has flourished in is the medical industry.  The introduction of 3D printers and 3D scanning has taken its place in the medical world. This is fairly new and the results have been astounding. There has been such a positive impact on better levels of services, higher operation success rates and the ability to perform operation and offer services that would never have been possible using traditional methods of practice. There has been plenty of coverage in the world’s media concerning the positive attributes of 3D printing and its ability to impact and improve lives.

In countries like Africa, the introduction of 3D printers has revolutionized the country’s health care system. Africa is known for its regions that live in extreme poverty. In the past, and even still today, the best medical services and options are solely dedicated to individuals that are wealthy and can afford to pay for the best medical treatments. The poorer in population simply cannot afford the treatment that they need and would often live the rest of their life in pain and discomfort, as the treatment that the vitally needed was not affordable.   Take for instance the thousands of men, women and children that have never been involved in past wars yet have to live with the results of coming in to contact with hidden landmines.  The results are devastating and often result in the loss of life and even if a life is saved, the quality of the rest of that life is severely reduced due to the horrific injuries that are left behind. 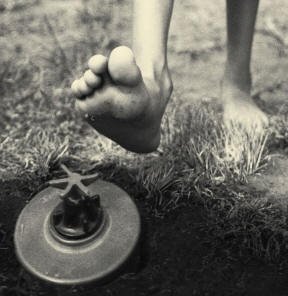 The thing with landmines is that even after the fighting stops and the war has ceased, they still remain active, hidden and ready to go off.  In the past, the only option was to amputate the limb, if possible, and try and stop the flow of blood in an attempt to save the individual’s life.  After the maimed area had healed, it was often a life on make shift crutches or in a wheelchair, although in most cases, wheelchairs are not an option as they are too costly.  Prosthetics are also out of the question as they are very costly and offered no movement. They also were of a cosmetic use and not created for functionality.  In Africa, it is estimated that there are in excess of 50,000 war amputees in need of help and aid.

Mick Ebeling, who is from the United States, has seen the need of the people and has turned to 3D printing and the use of 3D printers to try and find a realistic solution for the thousands of amputees spread throughout Africa.  The results have been astounding and high quality prosthetics can now be made for individuals in need and at a fraction of the cost in comparison to a traditional prosthetic.  An affordable solution that has life changing results is what using 3D printing in medicine can bring you. People without hands being able to hold a pencil and write, the ability to wash, tie their shoelaces, brush their teeth, catch a ball, and the opportunity to do the things that millions of us take for granted everyday.

3D printing is a technology that is progressive and is a factor that cannot be changed. It is constantly progressing everyday, improving its abilities and performing at an incredibly high level.  With these advancements and higher performing upgrades, there is a more consistent level of high quality results when 3D printing technology is being used. The world is always looking for the “next” big thing. There is always a demand for higher performing technologies that can perform better and more efficiently than those who have come before it. The great thing about 3D printers is that they have the ability to produce results that have never been achievable using older methods.

If you are a film buff, then you will most likely remember the film Face Off, from 1997. In the film, a face transplant takes place between John Travolta and Nicolas Cage. In the film, the operation is a success and we are made to believe that no one can tell the difference.  In 1997, carrying out a face transplant would have seemed like something out of the future and highly unlikely, little did the film producers know that only seven years later in 2005, the world’s first successful face transplant would take place.

Traditional methods of practice carrying out face transplants would have been incredibly lengthy procedures and most patients would have had to endure countless skin grafts and skin treatment plans until they and the surgeons were happy with the finished results.  Medical science and technology has advanced rapidly since the first face transplant took place. In today’s world, 3D Scanners and 3D printers are a major part of any face transplant procedure.

By using 3D printers in face transplant procedures, surgeons and specialists can now get highly accurate results and the process only takes a fraction of the time in relation to carrying out the procedure without using 3D printing technology.  It is now possible to scan a patient’s face and get a symmetrical image of any undamaged tissue. This means that an individual who has extensive facial injuries can have a completely new face through the data collected from scanning that individual.  The medical services that are now becoming available for us to use are far more efficient and are bringing higher levels of successful results and at a consistency that has never been seen before.  The medical industry, like every other industry that has been introduced to 3D printers, is flourishing. The use of 3D printers in medicine is something that is becoming an everyday event and that’s good news for all.

What we are seeing from 3D printing is an example of how versatile of a technology that it is. Three-dimensional printing technology is not limited to a singular use or a singular industry. It is wide-spread, rapidly taking ground and gaining a global fan base.  No one knows what the future holds but we can wait with bated breath.  The great thing about the future of 3D printing technology is we should be expecting things that never seemed logically possible.