Over the past few years automotive manufacturers have continuously incorporated everyday technologies into our vehicles, such as hands-free calling, navigation and music. Other technologies like heated seats and automatic safety features that used to be considered luxury features, are becoming a norm in vehicles everywhere. A decade ago, these things would have been unfathomable to manufacturers, but automakers have evolved. Automakers have utilized advances in digital manufacturing, such as 3D printing, to help adapt and meet this ever-increasing consumer demand for more “connected” vehicles. With technologies like 3D printing, they are able improve designs while creating smarter, lighter and more customizable vehicles.

3D printing is helping automotive manufacturers redefine the design and productions of vehicles. 3D printing has taken the industry by storm due to the speed, accuracy and cost-efficiency the technology offers. Projections for spending in 3D printing are immaculate – with a total spending of $2.3 billion in spending expected by 2021 compared to a minuscule $600 million for 2017. Given these projections, the automotive industry has gotten ahead of the game.

Automaker giants have fueled the 3D printing fire by integrating the technology into their production processes. BMW has produced over 10,000 end-use parts for use in their top-tier luxury vehicle, the Rolls-Royce Phantom. The company, which was on of the pioneers in the integration of 3D printing technologies in the automotive industry, believes additive manufacturing technologies are the future of automotive production, referring to the technology as one of the “main production methods” moving forward. Mercedes-Benz uses 3D printing to produce various high-quality parts for their trucks, creating them on-demand. They have also used the technology to produce spare parts for vehicle models whose production has ending. This has allowed them to greatly reduce the stocking and storing of various spare parts that may never be used – saving time and money.

Perhaps the greatest assets of 3D printing in the automotive industry is the ability to produce highly complex designs – all while suing fewer parts. The aerospace industry has already begun to see the benefits of this. Just recently, GE Aviation began using additive manufacturing technologies in its ATP engine. Kirk Rogers, the Technology Leader at GE Center for Additive Technology Advancement (CATA) explained, “855 parts were taken out during the redesign, and replaced with just 12 additive parts. Think about that: wouldn’t you like to be the supplier for one of those 12 parts?”  Additive manufacturing also helped to reduce the weight 5%. However, the greatest feat they achieved by integrating additive manufacturing technology was the impressive increase in fuel efficiency. “They were able to get 20 percent lower fuel,” said Rogers. “Airlines will pay a billion dollars for a one-percent reduction, and they got 20 percent in just one engine redesign.” 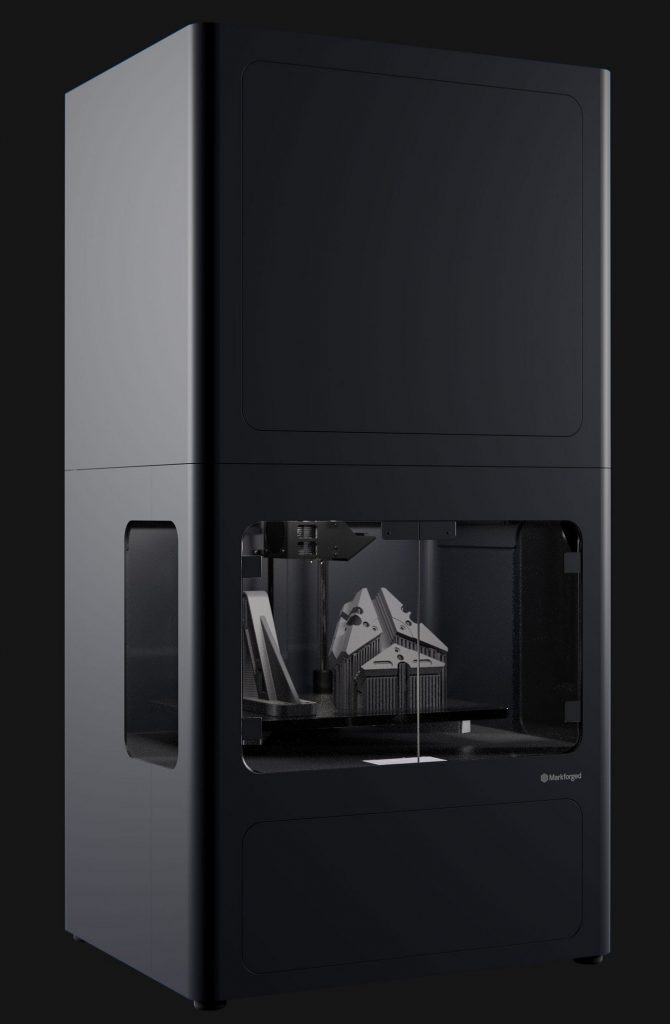 “One of the most exciting aspects of 3D printing is opening the door for designers to unleash their creativity on part designs by incorporating thin walls, web-like lattices, and other elaborate features. Advances in direct metal laser sintering (DMLS), for instance, now enable automakers to create more complex assemblies and intricate parts, such as engine components, that have the properties of metal and would otherwise be too costly or difficult—or even impossible—to machine.

As automakers integrate 3D printing more into their operations, understanding how to get the most out of the process will be crucial. By working with a supplier that understands part orientation as part of the 3D-printing process, for example, companies can produce higher-quality parts that require less secondary finishing.”

3D printing is opening up new doors for automotive manufacturers, and will only continue break more barriers as the technology is used and experimented with. Continued advances in the technology will allow manufacturers to simplify the design process, integrate new manufacturing methods, reduce parts weight, cost and production time, and enable on-demand part production.