“Today, we’re using tougher plastic allowing 3-D printed parts to be dropped or treated like any other piece of equipment. It’s critical in a railroading environment…Printing 3-D prototypes in-house accelerates our rate of change. We can make modifications during multiple iterations without waiting for each version to be returned from an external vendor.” 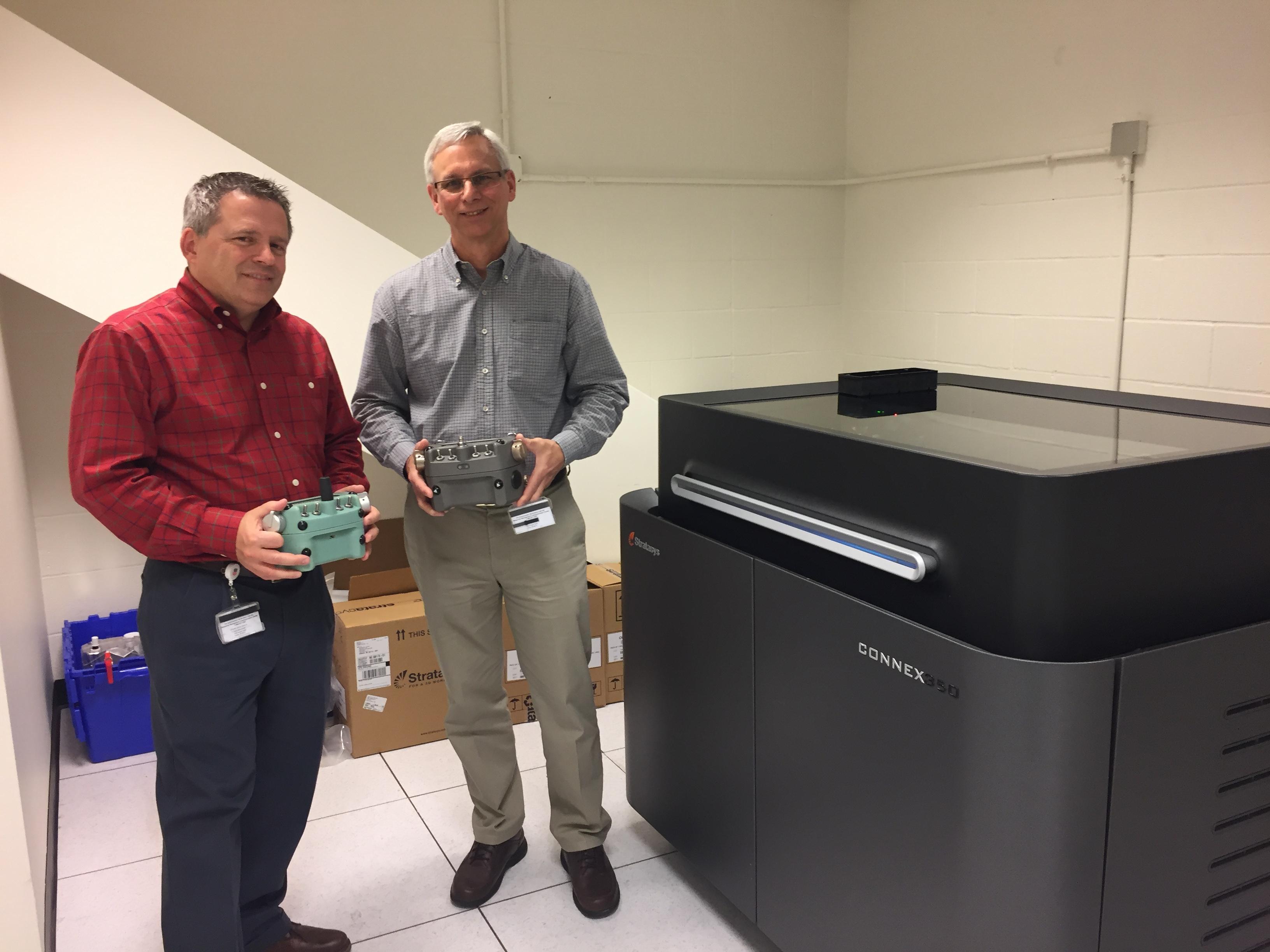 Union Pacific’s experimentation with additive manufacturing technologies began in 2013 when they successfully produced a prototype for a handheld AEI device responsible for tracking rail equipment – a crucial component to ensuring train cars are assembled and ordered correctly. Union Pacific found that the technology proved to be an even more incredibly useful tool when they began developing remote control devices responsible for directing locomotive movement within a rail yard that were both safer and easier to use. Although these remote devices are still being tested and developed, initial feedback has proven that 3D printed versions can undoubtedly be incorporated into the design.

“We can make design tweaks and have a new version ready within hours, plus the prototype never leaves UP,” Connerley added. “Additionally, it ensures a complete design before we move into expensive tooling or long lead times for molded parts.” 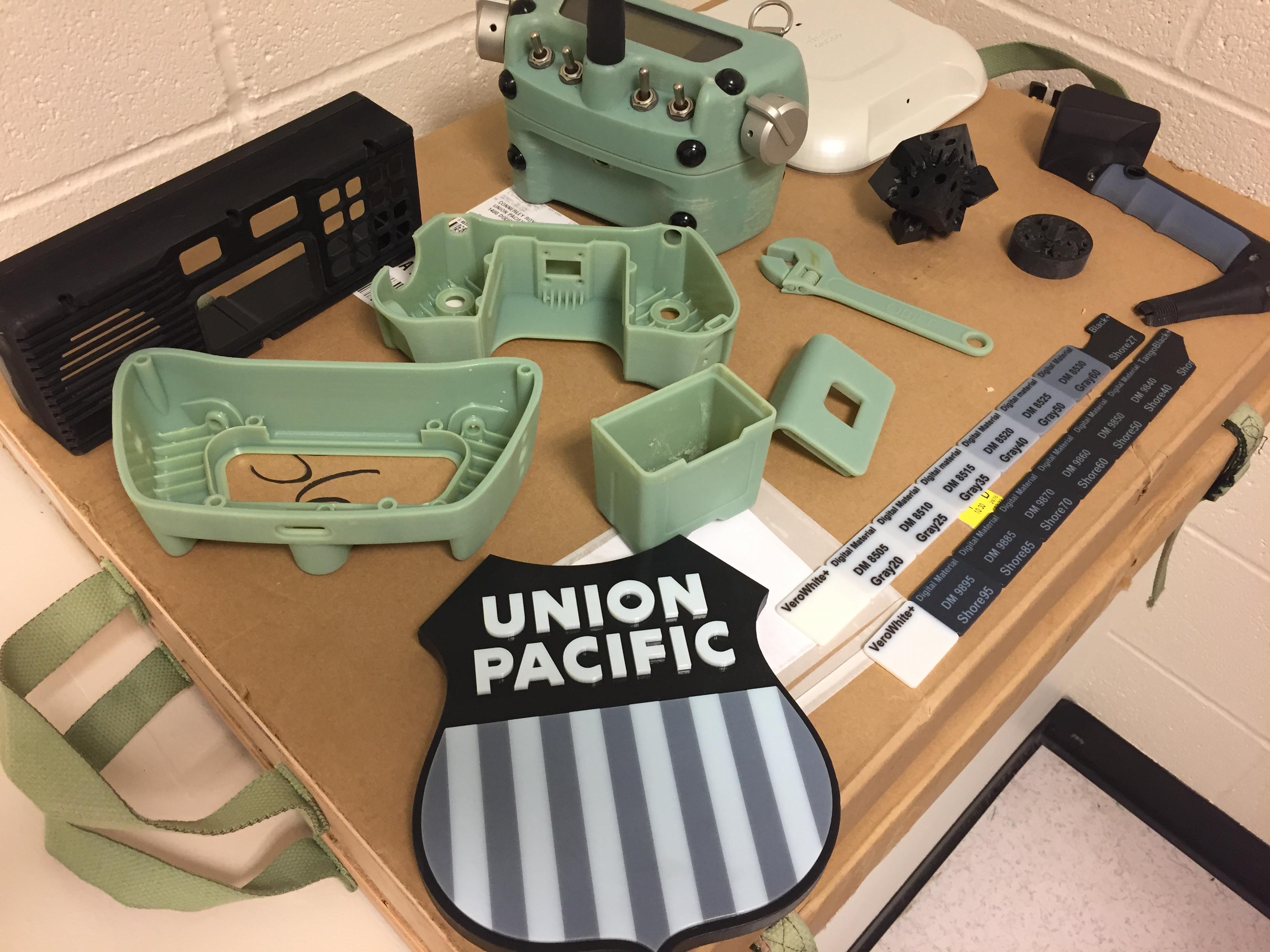 All items pictured were 3-D printed by UP, including the black panel in the upper left-hand corner, which is now used to house the in-cab locomotive radio system.

Union Pacific houses their Connex 350 3D Printer at their headquarters in Omaha, Nebraska. The state-of-the-art printer is constantly working on a wide range of projects. Union Pacific’s mechanical engineers re responsible for created the 3D designs of these different projects using a Computer Aided Design (CAD) software. Upon completing their 3D model, the engineers simply just send their file to the 3D printer and the rest of the work is completed by the 3D printer. Upon completion, the final product just needs to be cleaned and then it was ready for immediate use. According to Union Pacific’s Senior IT Manager, Chuck Karbowski,

“A client brought us a design he drew on the back of a napkin, we created a 3-D model with our CAD software, printed a few pieces and it worked great.”

Union Pacific’s Connex 350 is currently responsible for producing an air knife for the company’s imaging system, Machine Vision, which is responsible for inspecting up to 22 components on moving train. The air knife blows air across the laser which provides cooling and outward air flow to keep debris out. Union Pacific has become a pioneer in the railroad industry with 3D printing technologies which in turn has increased design control, and decreased production costs and time. They believe this has given them an incredible competitive advantage and opened up doors for experiments never before imaginable.