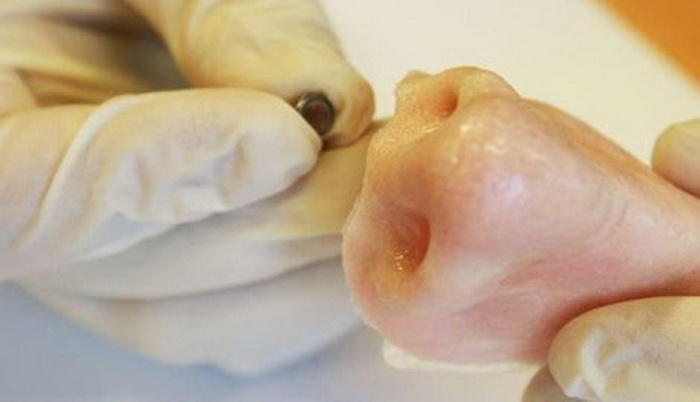 Three dimensional printers have a wide range of applications and can be used in many ways. Never before has a technology been seen that has so many positive attributes with high quality, reliable results each time it has been used properly.  There are already multiple industries world-wide that have been revolutionized by 3D printers and yet, there are still more industries that have yet to embrace this cutting-edge technology.

The truth is technology is advancing at an incredible speed. This speed has automatically produced the need for a technology that can not only keep up with the demands of the consumer, but also meet the strict quality standards set on producing everyday parts, products, and items. The facts don’t lie. There is not one industry that 3D printing has been introduced to that is not better off now in terms of performance to what it was before 3D printing was embraced and used in it.

3D printers are becoming increasingly easier to use and now more affordable than ever before.  We are talking about a technology that is in the news every single day. 3D printing has the ability to break benchmarks that had been set in the past. 3D printers have the ability to break and set new records, smashing through the limits that were once thought unbreakable.

Today, we will take a look how surgeons are using 3D printing technology as a game changer in their industry and are changing the image of facial surgery. 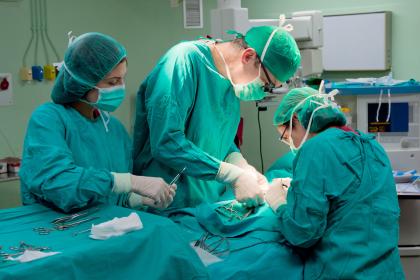 Surgeons undertaking facial surgery operations need to be highly skilled and know what they are doing to make any type of surgery a success. In doing facial surgery, there really is no room for error. The human face is full of so many characteristics and is the main focus point during a conversation.  Now, it seems, that the area of facial surgery may just be getting a little easier for surgeons as 3D printers are now being introduced in face transplant procedures.  This has meant that facial procedures can now be carried out at a faster speed and that the end results are of a higher quality and standard, in terms of traditional methods.  By using a range of highly accurate 3D printers, surgeons are now benefiting from a wave of high quality finished results that which could not have been accomplished using older traditional methods.

The process involves the patient’s facial replica being created using 3D scanning and 3D printing technology.  The facial replica is created after the patient’s underlying skull, bone structure, and any metal plates that are needed are taken into consideration.  By taking all these attributes into consideration, the surgeons are able to create a more accurate and better fitting face replica. The process is in its infancy stage, but the results that are being produced show that 3D printers will be a major part in the process of this surgery in the future.

This new method in facial surgery has been so successful that it has already been used in several different patients’ cases around the world.  Two out of the seven face transplant patients are high-profile cases. One of the high-profile cases involved Dallas Weins, who was the first person in America to receive a full face transplant. This was three years ago in 2011. The second case involved Carmen Tarleton, who was horrifically disfigured by her husband at that time.  Both of these high profile cases involved serious facial injury and disfigurement. The people involved in these cases had no facial structure at all, due to what happened to them.

Thanks to breakthrough surgery, the people in these two cases were able to learn to talk again, eat and learn how to breathe properly.  People who undergo a full facial implant have most likely already been through many surgical operations. These operations would have included multiple bone grafts, multiple plates, bolts and screws being fitted. There would also be numerous modifications at each stage of the face rebuilding process, all of which are efforts to better and transform their lives.

By introducing 3D printers into face surgery, people’s lives are both improved and dramatically changed, meaning the patient has a better quality of life to live. By using 3D printers in facial surgery, surgeons are able to build a new face that will fit perfectly around any modification and rebuilding of the facial structure that has previously taken place. Facial surgery can take in excess of twenty-five hours to complete. This time is dramatically cut, but more importantly the quality of the job is not when using 3D printers in the process.

In the case of Carmen Tarleton, her husband had thrown a chemical that was used in soap making, on her face. The chemical’s effects were devastating, as the skin on Carmen’s face was burned off to the bone, which left her face in a terrible state.  The team of surgeons used new technology and specially adapted 3D printers to create new soft skin tissues that could be fitted over the bone structure. Printing skin tissue is not easy and it requires a high level of skill and sophistication to get the best results.

Years after Carmen’s face transplant, that was originally in 2011, her face has now become her own again and she has regained her own facial features. The skin tissue used in the face transplant has undergone countless remodeling procedures and her face today is nothing like her original face. The truth is that the surgery was carried out so well that Carmen does not even look like she was a patient that had received a face transplant.

Surgeons that have a better wealth of knowledge about 3D printers and their vital use in medicine have a better chance of carrying out what used to be very difficult procedures. For a face transplant surgeon, it is imperative to have the newest technology at your  fingertips, so to understand and create the perfect facial anatomy for those patients that are in need. Having access to the top medical 3D printers allows the surgeons the opportunity to carry out their tasks more precisely and at a quicker speed.

In another case, in the United Kingdom, a man by the name of Eric Moger, has been given his life back thanks to 3D printing.  Eric was planning to ask his girlfriend to marry him not knowing that he had less than a year to live. He had no idea that he had an aggressive tumor on the side of his face that would change his appearance for ever. The tumor that was growing on the side of Eric’s face was the size of a tennis ball. After surgery, the tumor took half of his face. The full left side of Eric’s face was left ravaged. He had lost his eye socket, half his jaw and the left hand side of his cheekbone. 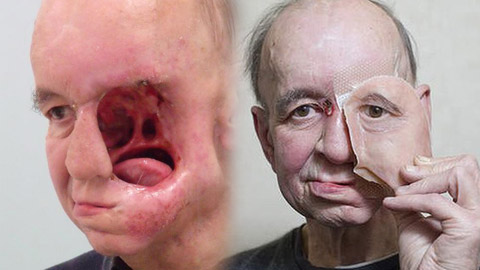 Throughout the years after Eric’s surgery, after having multiple people stare at his disfigured face, surgeons have turned to 3D printers to not only transform his life but give it back to him. The surgeons turned to a pioneering type of 3D printing technology to create a realistic prosthetic face that would come in line with his unaffected right side. Before the surgery had taken place, Eric was left unable to speak and had to be fed through a tube. Surgeons were able to create a new face for Eric. This is said to be the first of its kind in the United Kingdom.

Eric’s new face was created by using 3D laser scanning techniques that scanned the unaffected right side of his face. Multiple images were created, collected and built up. By using the images, specialists were able to build a picture of how Eric’s face would look and from that they used 3D printers to print a mirror image of his right side of his face. 3d printers were used to build up a nylon mold of Eric’s face. The mold was then filled with silicone and once the silicone had set, the mold was removed. This left a perfect, realistic prosthetic that Eric could now have placed over the left hand side of his face.

The medical world is advancing new drugs and new products are becoming available to use. With the advancement of technology and the increasingly popular usage of it in surgery, it can only add and offer a better standard of health care worldwide.  The pioneering work that we are seeing now with 3D printers in health care services will be nothing to what we can expect to see in the future to come.

There will be a day and that day is coming soon when patients will be able to pre-order specific body parts and organs to replace their old damaged or missing ones. We could see an increase in cancer victims’ survival rates with damaged parts of the body removed and replaced.  We could see diabetes cured with 3D printed pancreas’ being created. The reality is that 3D printing is advancing faster than the human race, what we are seeing now is nothing to what we will see and what will be capable using a 3D printer in the future.