3D Printed Prosthetics: Humans and Animals Getting a New Lease on Life

Three dimensional printing is one of the most exciting technologies that has entered the face of the planet.  There are many things that are amazing about 3D printers in that they have changed the face of manufacturing from what it once was. 3D printing has the ability to grasp the mind of its user.  Anyone who takes on the challenge of understanding and getting to know the possibilities of a 3D printers use are never disappointed.

The media has been full of articles and stories which include 3D printers and how they have been used to come up with answers and solutions to situations and problems where current technology has failed.  It is these and many other factors that grabs the mind of humanity into what is really possible and what limits can be broken setting new standards by using 3D printing technology in everyday work and leisure activities.

The great thing about 3D printing technology and its use is that it is not solely dedicated to one industry or a single use.  It is a technology like no other, has abilities like no other, and has a future that is full of unbridled potential and capabilities. Every industry that 3D printing has been introduced to has been altered and changed for the better.  Today, it is time to focus on 3D printers and its ability to change a life threatening situation for the better, not only in humans, but also in animals.

First, is a dog named Derby. Unfortunately, Derby was born without legs, due to a rare deformity. You will probably understand that having four functioning legs for a dog is a necessity to survive properly without any aid. In Derby’s case, as mentioned above, he was born with shorter than normal forearms, which had no paws at the end of them.

Conventional methods of treatment had been unable to produce an answer to the situation until Derby’s new owners looked at the possibility of having prosthetic legs fitted. This would allow Derby the chance to live a better standard of life.  As you can see from the above picture, Derby’s back legs are fine and are fully formed with the new prosthetic wheel attached to his front paws. Derby can now enjoy long walks and running around the park with his owners. 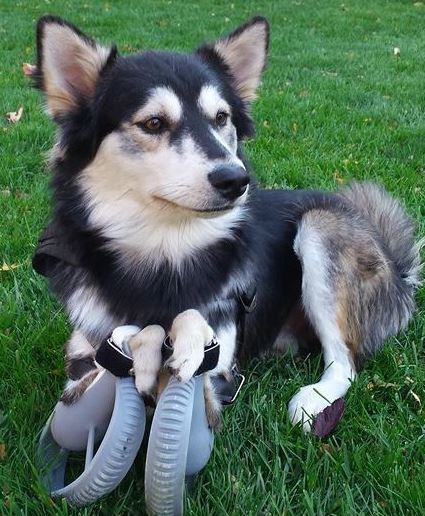 Derby, in this case, was facing a difficult situation. He faced a life with no front paws and was unable to run or walk around freely as other dogs could. Sadly, in the past, dogs like Derby would have been put to sleep as there was no other solution and it would not have been right for the dog to struggle through life and try to survive with its deformities from birth.  Today, dogs like Derby have a chance of a better life. This is due to the introduction of 3D printing into treatment and the advancements that 3D printing has made as a technology.  The facts are simple in this case. Derby’s owners turned to 3D printing for an answer where all other ideas had hit a dead-end.  In this case, like many others, it was a success story. This was only made possible by the dog’s quick thinking owners and their exploring the use of 3D printer to get a solution.

Derby can now play with other neighborhood dogs and, as mentioned above, he can experience going out for a walk on a whole new level. By using a specially designed prosthetic that was created by using a 3D printer, Derby can now experience more freedom than he or his owners would have expected. This dog’s life has been changed for the better and the quality of life too.  It’s in instances like this that you see the real benefits and the positive effects that 3D printers can have in turning round what was once a dire situation.

Next, is an American bald eagle, which goes by the name Beauty. Unfortunately, when Beauty was six years of age, she was targeted by a hunter in which she was shot in the face. The results of this was that her full upper beak was shattered and broken.  This was a traumatic experience and an incredibly difficult time for the eagle. By the time she was found lame and weak in the wild, she needed life-saving help. Eagles need their beak for various reasons and a few of those are to eat, clean and prune themselves.  It is unknown for how long Beauty was like this in the wild, but as mentioned earlier, she was extremely weak and dehydrated.

Beauty was quickly taken in by the Birds Of Prey Northwest. She was assessed and evaluated as the vets looked at the best way to treat and try to repair her beak.  Getting fluids in and filling her stomach with food would have been easy, which can all be done through a drip. The hardest challenge was looking at a credible way that the beak could be repaired so that this eagle could be nursed back to health and be given the opportunity to live free in the wild again and be able to survive. What happened next was a moment of pure genius.

With a team of engineers and wildlife experts, multiple x-rays of Beauty’s head and beak were taken to get enough information to work with regard creating a suitable prosthetic.  Once there was enough information to work with, engineers and specialists used a 3D printer to create a plastic prosthetic beak that could be used and attached to the front of the eagle’s head.  With quick thinking and keen engineers, they were able to create a plastic prosthetic that helped this eagle survive the most difficult challenges that it would ever face. 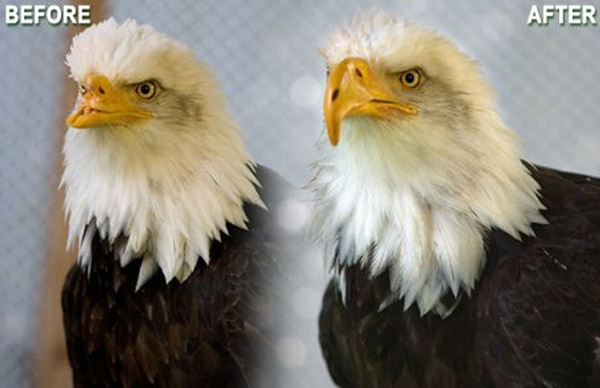 It took around two hours on the operating table for Beauty for the procedure to be completed and the results were astounding.  The new prosthetic beak was fitted over the damaged one or what was left of it. It took hours and countless filing down of the prosthetic before the specialists were happy with what they had created and would help the eagle best recover. For the first time since this tragic accident had happened beauty was able to drink water, prune her feathers and eat normally as eagles should. In this instance again, it shows just how positive and powerful 3D printing can be. It offered hope where there was very little and again provided an answer where modern technology had failed.

Let’s turn the focus to humans now and see how 3D printing has helped change and save people’s lives. Children in central Africa are getting help and are becoming mobile again thanks to the introduction of 3D printers and the creation of plastic prosthetic limbs. Field workers, from the University Of Toronto, have introduced 3D printing technologies into this country and are using 3D scanners to take scanned data of those children that are in desperate need of receiving a prosthetic limb.  Remarkably, any scanned data are sent to the headquarters at CoRSU Hospital where within twenty-four hours of receiving a scan data a prosthetic limb can be created and sent out to the patient that needs it.

This radical form of treatment has a proven success rate and is far more affordable than what has been currently on offer from the health services that are in the African country. The world is developing and is in need of professionally trained prosthetic nurses with numbers of around 40,000 being looked at being trained.  The problem is that in reality, it has been estimated that only around 18,000-20,000 can be trained within the next 45-50 years.

The problem in the developing world is not the materials or products. The problem is having enough people around that are trained on how to use them properly. People need to be trained and understand the expert knowledge on how to operate and use the printers that they have. There is a real lack for trained field staff that understands the capabilities of using a 3D printer.

The great thing about introducing 3D printers into medical services, in this part of the world, is that patients would only need one brief trip to the hospital to allow 3D scanning and important data to be collected.  They could then be trained on how to use the prosthetic properly. Traditional methods would have included several trips to the hospital, which, for many Ugandans living in the most rural of parts simply is not feasible.

This has revolutionized the way amputees are treated and has improved the options that are available to them on the healthcare service in their own country. The 3D printer produces a high quality, affordable prosthetic, which allows more Ugandans to live a life that is normal and incredibly different to what they had once known it as. 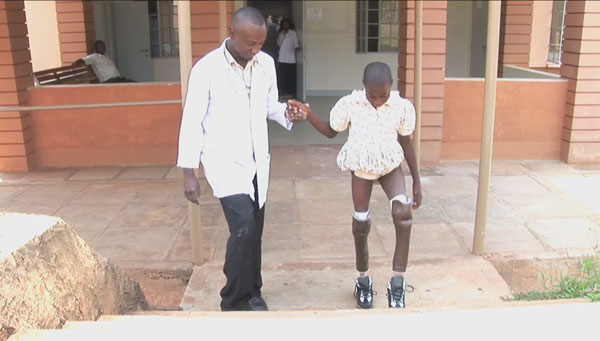 In conclusion, 3D printers have the potential to change the shape of the world as we currently know and understand it. 3D printers have yet to reach their full potential and will continue to break benchmarks set of old. 3D printing is a leading technology that excites the world and is only in its early years of advancement.