In the area of medical science, the technology of 3D printing has been embraced and being used in new ways by researchers. Researchers are looking for new methods and innovative ways to tackle illnesses. They are also pushing the boundaries of limitation and working on replicating human body parts and organs. In the next 5-10 years, if you heard someone ask if he or she could have a new liver, pancreas or another type of organ printed, it will not be an alarming sentence to hear.

The technology of 3D printing has advanced to the point that it has already proved successful in making human tissue cells through Bio-printing technology. Recently, we’ve read scientists were able to re-create human liver tissue that was able to survive up to 40 days.

Now this may not seem anything to you, but in previous attempts, scientists were only able to make liver tissue that lasted a few hours. This has set the benchmark and opened new doors for other organs to be developed and created using 3D print technology.

If there is one thing we could all agree on, it’s right now, at this point of time, 3D printing technology is exciting and bringing new breakthroughs every day. The way that it has progressed reveals a promising future where organ donors no longer have to wait on lists for years. Could it hold the possibility of printing an organ whenever it’s is needed to save someone’s life? Or, improve the quality of life due to its easy accessibility? We can only speculate, wait, and see.

However, it does beg the question of whether it could mean reaching higher ages of living by providing those vital organs that to quickly fail and deteriorate with the natural aging process. Could we be looking at a generation whose life expectancy is longer due to the advancements that have been made with 3D printers?

These may be far-fetched questions, but they are a part of a new reality of what we will be faced with should 3D printing continue its rapid evolution in medical science technology. What the future holds concerning 3D printing, as a whole, no one really knows. All one can expect is further improvements to the current services and products already available. As mentioned above, the one thing that the future will not be, when it comes to 3D printing is boring. The technology feels vibrant, alive, and colorful, and it will be a major player in the next wave of hi-tech innovations. 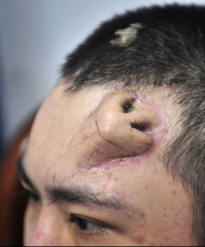 This somewhat bizarre image looks like an operation to replace someone’s nose has gone incredibly wrong. When in fact, the extra nose was grown onto the man’s forehead! The reason it has been grown on the forehead is that the forehead’s skin is similar to that of the nose. In this circumstance, the individual’s nose was damaged from an accident. It became infected, the surgeons had to remove part of his old nose, and so, they grew (bioengineered) a new nose for him.

Diabetes is another area illness where the topic of 3D printing is hot. Diabetes is caused by the pancreas not producing insulin cells. This means that any carbohydrate that is broken down into glucose, in the body, cannot be used. In turn, it causes ketones that are poisonous and can cause grave health problems. In a diabetic person’s body, the pancreas is attacked by the auto immune system and any cells that produce insulin are killed off.  Researchers are now looking at ways that they can produce and create a glucose sensitive organ similar to the human pancreas. The organ would have to be grown in a conditioned lab, and then “if” given the go ahead, could be transplanted into the human body. Its purpose would be an effort to regulate the blood glucose level in the blood. 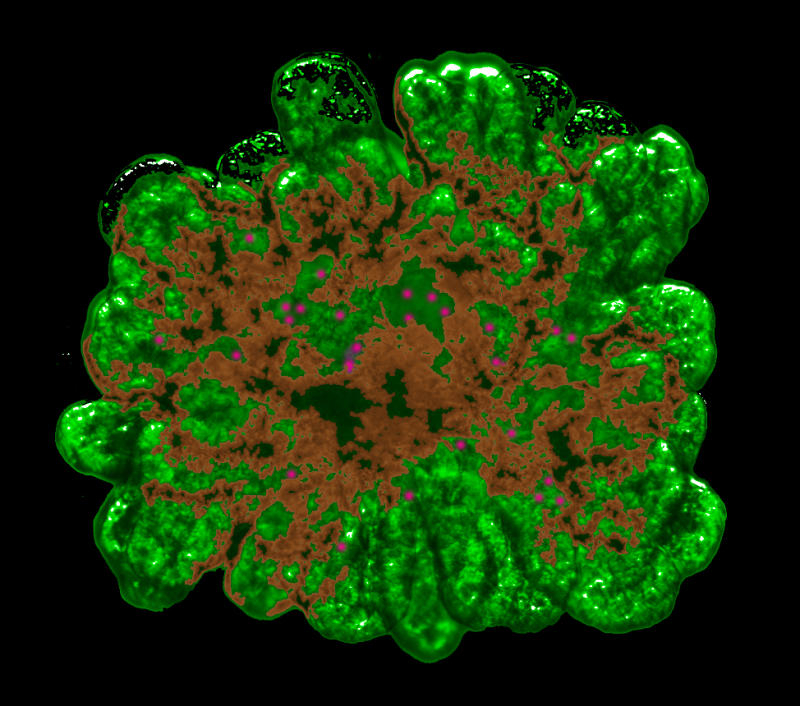 Diabetes, like many other diseases, can cause serious health issues to many if they do not take strict care of their condition. If researchers were successful in creating some sort of pancreas-like organ, then it would be a medical revolution, which the effects would be welcomed worldwide. It would also open the door for other organs to be created. As well as, treatments of other health issues could be stepped up to a new level, or even better, wiped out for good.

The great thing with 3D printers is it is not exclusive just to the area of bio-printing. The machines are incredibly versatile, and can be used in a wide manner of ingenious and inventive ways.

Discover the Possibilities for You

With multiple versions of 3D printers now available, and on sale at affordable prices, means more people have the opportunity to purchase, own, and discover its endless capabilities.

Multiple companies in the manufacturing industry are using 3D printers in an effort to create better quality products, save time and money, as using the older traditional methods of manufacturing cost more. The technology of additive manufacturing is catching on fast. This is down to many reasons, but one of the most popular reasons is the cost reduction it has on company’s budgets. It frees up some of the budget to be poured into other areas of business.

Although 3D printing is very popular and advancing each day, it still has its critics. Many people simply haven’t taken the time to understand and find out what they can about it. One of the most relevant questions concerning three-dimensional printing people want to know, “Is it relevant and how does it affect me?”

The simple fact is we are living in the digital age, computers, cell phones, tablets, and everything else digital. We are, as a society, consumed by digital devices. Therefore, the biggest emerging technology, 3D printing will in time become as popular and widely used as the smartphone. The concepts and new desktop three-dimensional printers are becoming easier to use and operate. Some are as basic as, upon purchase, plug it into the socket, download a graphic from an opensource site and print. Any software updates can be carried out through a simple Wi-Fi connection.

At this moment, it is possible to use a 3D scanner and/or 3D scanning services to get a full body scan, which includes all your body’s unique geometry.  You may be asking why this is important. The reason that this is important is the data in that 3D scan, can then be sent to a 3D printer. From that printer a highly detailed model can be created. So, imagine you have had an accident one day, and you lose an ear, or another body part, if you’d been scanned doctors would be able to access your body part backup files. With the bio-printing research, you could have another ear or replacement parts made. Sound too futuristic? Have a look at the two videos below.

The demonstrations clearly show 3D scanning and 3D printing has not only evolved from its original form, but is continually evolving. What once would have been deemed as “Science Fiction nonsense” is now an achievable reality. This technology has the potential and capacity to revolutionize the medical, industrial, and more for any willing to try it.

Case studies and reports already show how it saves and improves lives. Yet, it still hasn’t reached its fullest potential. With more advancements made within the 3D printing technology world, we can all agree there is more and better things on the rise.

The days where 3D printers were solely used to create and develop prototypes is becoming a thing of the past. Yes, it is still used for rapid prototyping, but the technology has evolved into much more.  It is now used in a diverse set of industries, including car manufacturing, aerospace, fashion, the military, and for making food. It is swiftly becoming known as one of the biggest, most influential technologies of this century, and it’s just the beginning.

In the area of medicine, the involvement of 3D printing technology has seen tremendous outcomes benefiting the medical sector greatly. So far, it is used to make high quality, affordable prosthetics, precise dental work, and hearing aids. Medical devices are created specifically to the patient’s needs. Human tissue bio-printing is making significant progress. It will be only a matter of time before the impossible is turned into a possibility for those in need.

So what does the future of medicine look like when 3D printing is involved? This is a question no one has the answer to because of how it can be used in so many varied ways. The future does pose a vast improvement in the standards of healthcare services that will soon be available to us.

Therefore, it is essential that we all do our best in finding out exactly what 3D printing is all about, what it is doing already, and how it can benefit us in the future. The greatest influence of additive manufacturing or 3D printing technology has been the introduction to it at high school level. So the next up and coming generation can get to grips and understanding of it sooner than college.

Have we come to a place where we can actually imagine the future of mobile 3D printers being capable of working to help at the scene of an accident or assist on the battlefield of a military operation? Could the technology advance to the point where it might be able to create a splint or parts that would help individuals stay alive?

This is what happens when you learn more about 3D printing; it gets your imagination to think of the possibilities. Maybe it is off the cuff thinking, but so were the light bulb, the printing press, and many other industrial inventions. The technology of 3D printing is full of limitless potential that has yet to be discovered and experienced. It’s a matter of the right person getting the opportunity to use. Wouldn’t it be great to find 3D printers located in hospitals, schools, and homes all around the globe?

What can be seen regarding the advancements of 3D printing is it is relative, right now. It is changing the way manufacturing is now carried out. Not to mention, it has also influenced many other industries for the better. Proving that the technology has some muscle behind it and should be explored to its fullest potential. Why not embrace 3D printing technology in an effort to maximize our fullest potential so we can all benefit from its advantages.

We are all left with the decision to either get on board this new wave of excitement and opportunity that 3D printing brings, or sit back and get caught up in the past and left behind. The decision is yours to make, is it easier to avoid 3D printing or is it time to get on board and enjoy the ride?