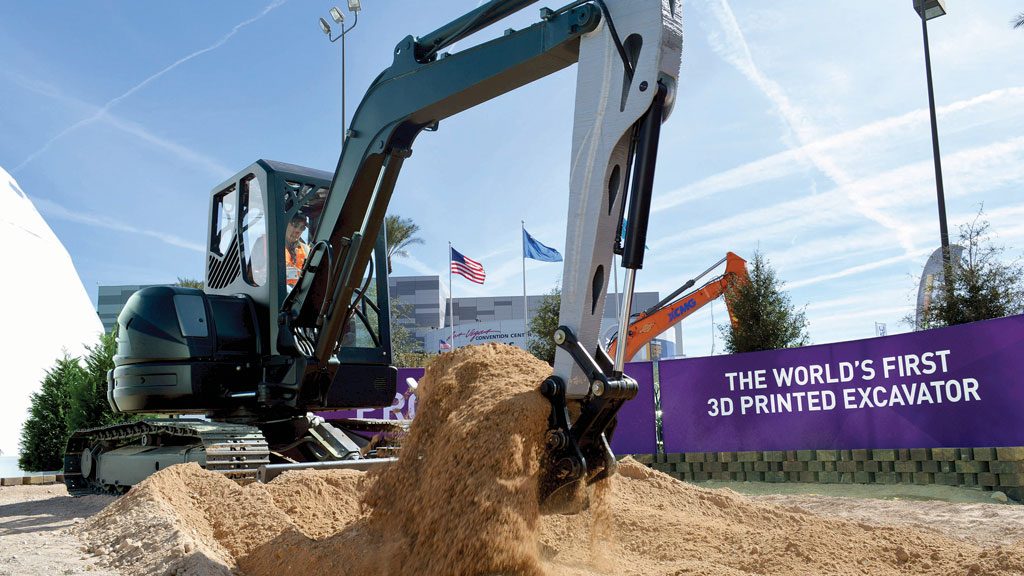 The United States Department of Energy has now produced the first-ever 3D printed excavator at their manufacturing demonstration facility at the Oak Ridge National Laboratory (ORNL) in Tennessee. The excavator recently made its debut at the CONEXPO trade-show in Las Vegas, demonstrating its full range of use by digging a pile of dirt outside of the convention. The inspiration behind building this excavator came back in 2014 from a member of the National Fluid Power Association who tasked Lonnie Love, the head of the excavator 3D printing project, with creating it.

“He said that he’d love for us to produce a 3D printed excavator and have it ready for the 2017 CONEXPO trade show,” says Love. “I jokingly answered that if they would send us an excavator, we would see what we could do.” 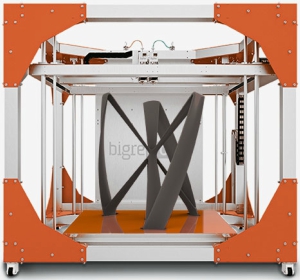 With its 1m³ volume, the BigRep ONE opens the gateway to a new dimension of 3D printing.

Love titled the job Project AME (Additive Manufactured Excavator) and upon receiving a Case New Holland backhoe excavator at ORNL, dedicated himself to the job. Project AME would take over three years to come to fruition with Love and his team partnering up with a variety of industry leaders, including the Association of Equipment Manufacturers, the National Fluid Power Association, the Center for Compact and Efficient Fluid Power and the National Science Foundation among other industry partners. In addition to these partnerships, college students from Georgia Tech, the University of Illinois and the University of Minnesota also helped to create designs for components of the excavator.

“We examined the excavator and then looked at which major components we could reverse-engineer and replace in a way that would demonstrate the potential for large-scale additive manufacturing,” says Love.

The projected centered around constructing the heat exchanger, hydraulic arm and operator cab of the excavator. The heat exchanger was 3D printed using a metal printing system. The hydraulic arm weighed around 400 pounds, is 7 feet long, 2 feet across and 1 foot thick, so the printing process of it was slightly time consuming. Over 5 days, the arm was built using a metal 3D printer. For the operator cab, the project team used a large-scale 3D printer located in Cincinnati and used a carbon fiber reinforced plastic material. 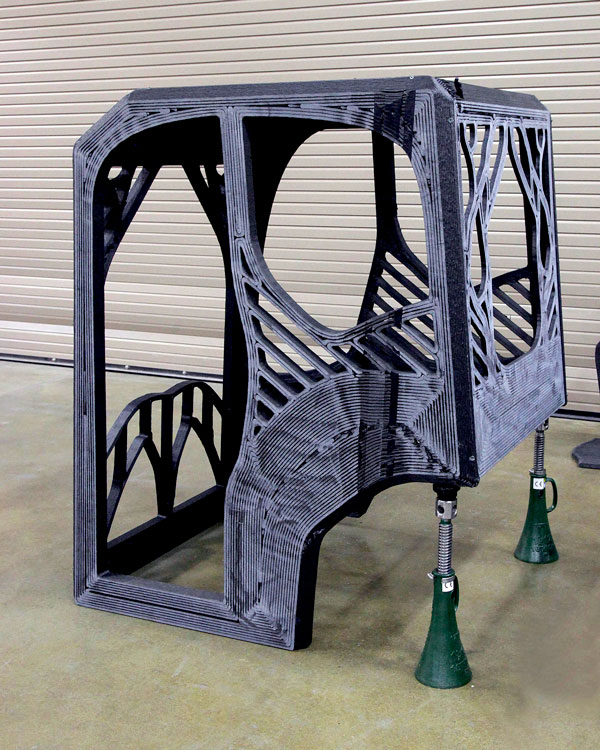 “The hydraulic arm represented a real innovation in large-scale additive manufacturing,” says Love. “We were also able to introduce some design improvements into the arm. We incorporated the metal tubing for hydraulic lines inside the arm structure, using the capabilities of the printer to produce complex designs.”

Project AME was deemed a total success after the team successfully operated the excavator in front of thousands at the International Fluid Power Exposition and CONEXPO show in Las Vegas.

“We grew multiple versions of the components we were replacing and did a lot of technical testing,” says Love. “But to be honest, the first time we used the hydraulic arm to actually dig into the dirt was at the successful live demonstration onsite at CONEXPO.”

3D printing could hold the keys to the future of manufacturing as the technology continues to develop and spread at an extremely rapid place.

According to Love, “[3D Printing] could reduce production time and overall cost, using low-cost alloys like steel and aluminum, employing additive manufacturing on demand could also eliminate the need to store or transport these parts. The key to leveraging 3D printing is understanding where its strengths lie and for now that appears to be one-of-a-kind parts of high value that require long manufacturing lead times.”