The year of 2014 was historical in terms of the advancements that were made in connection with the technology of 3D printing. With more countries exploring the use of 3D printers from the top levels of government down to the personal use of these printers in the home, 2014 was a big year for this leading technology.

The thing with 3D printing is that it is evolving every day at an incredible speed. Fans of this technology can expect much more in 2015. Some of the more recent headlines of 2015 include NASA making another historical first. This time, it’s not venturing space, it’s that NASA is the first company to take a 3D printer into space and create the first 3D printed object that was printed in space. 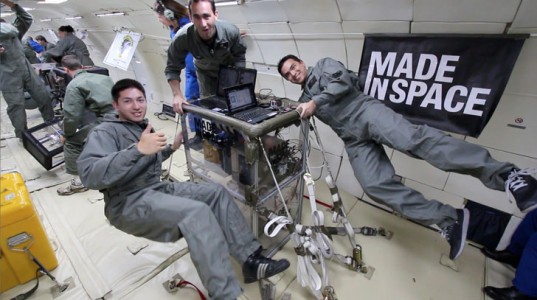 Sending people and space shuttles into space is by no means a cheap exercise. Aerospace giant, NASA, has already been exploring the possibilities and use of 3D printers in space last year, but it shows just how serious NASA was about using this technology in their daily working duties and activities. Any team or crew going into space needed to be highly skilled and trained. Every person on a space mission needs to know how things run inside and outside the shuttle. Now, let’s say that you’ve spent all that time travelling through space to reach your destination only to find that one of the working parts of the machine you need to use has broken. In the past, this would have been a disaster, waste of money, waste of time and a mission that was not fully completed. This is not common, although, if it was to happen, there would be a high price to pay so NASA knew that they had to think or create something which could help should any breakages or accidents happen while their space exploration missions were taking place.

It was the advancements that had taken place and the news concerning the achievements of those advancements that turned the attention of the engineers at NASA towards using 3D printers. That was last year and now early this year, NASA has made history as mentioned earlier by creating the first 3D object in space. This breakthrough and achievement is astounding and now opens the door to a range of services and printing abilities that were once not possible. This now allows, if needed, astronauts to create and replicate just about any tool, component and just about anything they need while being in space to help make any mission undertaken stay on track and go to plan.

The thing about 3D printing technology is that it is progressive and catches the attention of the masses. 3D printers have multiple uses and come in a range of shapes and colors just like the objects that they can create. 3D printers have come a long way since their creation thirty years ago. The first 3D printers that were created would have been basic in what they could carry out and the types of 3D printers that are around today are more sophisticated and can carry out a wide manner of tasks creating thousands of different objects with multiple uses.

In the near future, 3D printers will become as common in the household as other electronic commodities such as kettles, microwaves, etc. If you want, you can buy a MakerBot Replicator today for as little as $2,500. All that has to be done when you get home is to connect that 3D printer to your computer through a USB connection and then load up and browse what’s available and ready to print. 3D printing technology is one of the if not the fastest growing technologies around today. With more and more materials becoming readily available to use for consumers and the fact that 3D printers are becoming cheaper to buy all help to solidify and add to the growing numbers of followers to this technology. The good news is that both the costs of purchasing a 3D printer and buying materials will continue to drop over the next few years. Further advancements will help improve 3D printing techniques and open the door to a wide range of possibilities in terms to what will be possible using 3D printer.

At this time, 3D printers are being used by prototypers, gadgeteers and hobbyists alike, but you can guarantee this very soon they will be entering the home and will sit very nicely next to the family PC. With technology becoming mobile and being able to connect to the web through Wi-Fi you can also expect to be selecting from a range of wireless 3D printers very soon. People are on the go constantly and will soon be able to take their 3D printers with them, not a bad idea if you’re stuck on vacation and the villa key has broken!

The truth is that in a few years, every household can have a device that is easily capable of printing off a range of any given solid object. This is the future of technology and is what you can look forward to in the coming years. The thing with 3D printing is that not everyone is drawn to the endless possibilities that this technology possesses. Some people fear the unknown and it’s simply a lack of understanding that is the most common barrier to people exploring 3D printers, on a personal basis.

The good news is that when computers first arrived on the scene, not everyone was excited with what they were able to do. Today, it would be hard to think of life without computers being used in some form or measure. People adapt and adapt quickly. It’s a trait of life you either keep up with what’s going on or you fall behind, and this is how it will be with 3D printing technology.

First up is 3D printing in medicine. 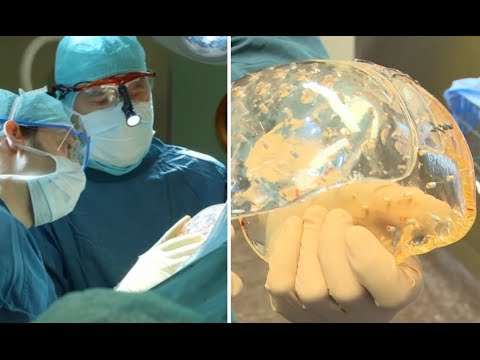 The unison of 3D printing and medicine has always possessed the potential for great and remarkable things. In 2014, there were some remarkable things achieved, including initial steps to the world’s first bionic eye being created, a small baby’s life was saved by a tracheal implant that was surgically implanted into the child’s airway. The implant was created using a 3D printer.

Possibly one of the most interesting cases was that of a Dutch woman having a 3D skull implant. Last March, a 22-year-old woman had the world’s first 3D printed skull implant surgery carried out. The operation made the news due to its success and the woman involved in the surgery was back at work a just a few weeks later that is incredible by any means! What’s exciting about 3D printers and their use in medicine is that it is still very early days but yet so much has already been achieved including FDA approved 3D facial implants. 2015 will be an important year for 3D printers in the medical world, you can expect to see countries medical services radicalized and vastly improved due to the introduction of the 3D printer.

There was plenty of coverage over the last year regarding some amazing stories of various types of animals and birds that had been injured and were in need of life saving treatment. The only thing was that the specialists looking to treat these animals had failed to provide the best care due to conventional and traditional methods failing. We have heard of Eagles receiving new 3D printed beaks, penguins also receiving 3D printed beaks, and who could forget Derby the pooch that ran for the very first time thanks to 3D printed legs. The fact that Derby was the first animal ever to be fitted with prosthetic legs that allowed him to run show just how influential and just how far 3D printing has come over the last few years. These stories have blown the door wide open and offered new hope and life for animals in need of suitable prosthetics to live their life normally.

Last year we seen a rise in edible food materials becoming readily available and not only that actually, but the food materials could actually be printed off and eaten. We have seen 3D printed pizzas, 3D printed pasta, and more importantly, 3D printed chocolate and candy. What’s incredible here is that a piece of technology like a 3D printer can be used to save and improve lives one day and the next day can be used to create real edible food, this shows just how versatile this technology is and how powerful it can actually be.

The technology in the world is evolving in unison with the needs of mankind, as consumer demands reach higher heights, there will always be a need for a technology that can keep up with the pace of the needs asked of it by man. Three dimensional printing is well within its capabilities of handling anything asked of it now and anytime in the future, this is how big and influential 3D printing technology has become.