Five years ago, a young boy of 12, was seriously injured in an accident that left him in grave danger. The severity of the young boy’s accident was because he lost part of his cranium, and the future was not looking bright.

The medical representatives at DT3D faced two challenges, reconstructing the boy’s skull, and encouraging the natural development of the remaining cranium bone. The problems that the specialists faced was to make sure the 3D printed replacement piece fitted to the boy’s skull did not encourage growth deformity of the head as he grew older.

Where common surgical procedures failed to deliver, the surgeons found their solution using models printed from a Stratasys 3D printer. It allowed the surgeons to make a few prototype models of the missing skull part. It enabled them to test numerous materials until they finally settled on the best one that could be used in the actual procedure.

As mentioned above, the key problem was trying to create a skull piece from a durable material. The problem they continued to run into was that when you are young the skull is still growing and forming. A single, solid artificial skull piece would not do because of the natural growth of the skull that was still happening in this boy. Meaning the boy’s head could outgrow the 3D printed reconstructed part to be implanted. 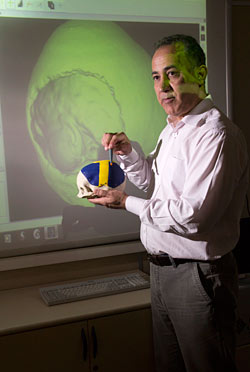 What the surgeons agreed on is a stroke of pure genius. Specialists created a four-piece artificial skull replacement part capable of sliding and moving in unison with the young boy’s natural growth development.

Thanks to the quick thinking of the specialists, at DT3D, and the 3D printed prosthesis created for this young boy’s circumstance: The boy made it through surgery to recover fully from his injury. Not only was this young boy’s life saved, but also he has been given a hope and a future. Without 3D printing technology, this would not have been possible. 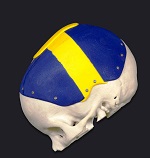 3D printing has so many positive attributes, perhaps the most impressive is the way it is now helping physicians and medical researchers in ground breaking new procedures. It is not only improving lives, but also saving them.